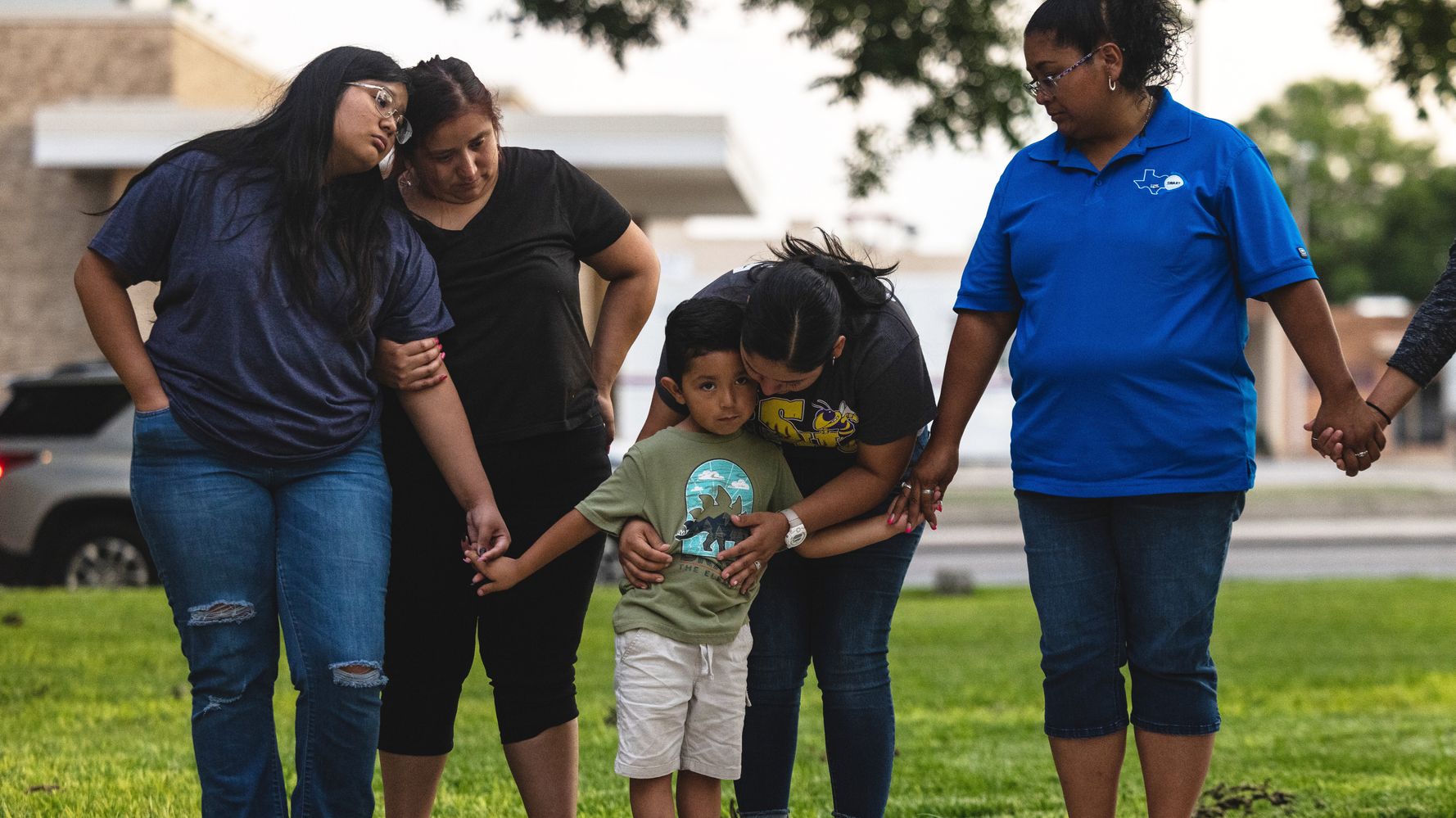 Many parents are in shock that yet another tragic shooting has occurred, or may be numb that it did. Others are worried about sending their own kids to school or feel guilty for dropping them off. Perhaps they’re disgusted at the politicians who accepted money from the NRA, angry at the ones who did nothing, grieving for the families of the victims, powerless for the safety of kids in school, hopeless because nothing has changed. Sick of the thoughts and prayers.

There is nothing inappropriate or abnormal about the intense emotions and reactions parents across the world are experiencing in response to the horrific events that unfolded yesterday. They can be overwhelming and painful — and while these emotions will vary from person to person, they are all a very normal part of how humans process and make sense of abnormal situations and tragedies.

“Any and all of these reactions are valid and normal reactions to these types of grotesque human violence,” said Frank Thewes, a trauma therapist and private practice owner based in Princeton, New Jersey.

The emotional impact of witnessing trauma

Mass shootings in schools — a place where children deserve to feel safe and protected — are bound to trigger a wide range of emotions in parents.

“Violent tragedies such as this can evoke a mix of feelings of helplessness, horror, rage, anxiety, guilt and regret in parents as they watch an atrocity happen right in front of them and feel powerless to take steps to prevent it from happening in their own community,” said Jessie Borelli, an associate professor in the department of psychological science at University of California, Irvine.

“Pain management and healing is the most direct way to start trying to feel balanced again.”

Research has shown that people can develop PTSD-like symptoms after witnessing a tragedy, even if they are exposed indirectly — like through social media or the news. Stressful news activates our flight-or-fight response and triggers intense distress, worry and poorer functioning. People often get trapped in a vicious cycle, too — people who are more concerned about the news tend to watch more coverage to understand what happened, which then increases their distress. And the more that people are exposed to the images or stories being displayed in the news, especially ones that are gruesome or graphic, the more intense their emotional responses tend to be.

As people process horrific events, some may develop classic symptoms of post-traumatic stress disorder, often without having directly experiencing the trauma themselves. It’s important to keep in mind that people respond very differently over time.

“There is no single way to respond,” said Daniel Flannery, director of the Begun Center for Violence Prevention Research and Education at the Jack, Joseph and Morton Mandel School of Applied Social Sciences at Case Western Reserve University.

At the core of all these reactions is pain. “Pain at feeling powerless and hopeless, pain from the anxiety about keeping their own children safe, pain from witnessing the worst of what humanity can do,” Thewes said. This is the place to focus on for processing and healing. “Pain management and healing is the most direct way to start trying to feel balanced again.”

Dealing with the frustration that gun legislation hasn’t changed

A recent study found that firearms are now the leading cause of death in children and adolescents in the United States. Between 2000 and 2020, the number of gun-related deaths among kids increased from 6,998 to 10,186 ― and between 2019 and 2020 alone, gun deaths in kids increased by nearly 30%. In the last 23 years, more than 310,000 kids have witnessed gun violence at school.

Most teenagers now fear that a shooting might occur at their own school, according to Pew Research. Nonwhite kids, especially Hispanic teens, are most concerned about school shootings. Parents, particularly those who are lower-income, often feel the same. Mass shootings used to feel rare and unusual but now there are examples everywhere — at schools, movie theaters, shopping malls, supermarkets and entertainment districts. “You do get the feeling that you’re vulnerable and at risk wherever you are,” Flannery said.

Many parents feel as though their country is failing them right now, Borelli said. Nothing is being done, shooting after shooting, to improve the nation’s mass shooting crisis. No gun control legislation has been passed since the Sandy Hook shooting nearly 10 years ago. This lack of action is inconceivable, especially to parents who trust and rely on schools to teach, nurture and protect their children.

“The sheer number of firearms that are out there, the easy access to those guns, the lethal ammunition that is used, the ability to get all of it — these are the things that, again, it’s unconscionable that we haven’t been able to move forward on a policy level,” Flannery said.

Know that what you are feeling, whether it be anxiety, depression, frustration or anger, is natural and normal. “These are normal reactions to these kinds of incidents,” Flannery said.

If you are feeling overwhelmed, reach out for support — seek comfort in family and friends and address your emotional responses with a therapist. “The intense emotions evoked by witnessing the horror that humans are capable of can be processed and integrated with support,” Thewes said.

Thewes said it’s important for parents to stay attuned with their feelings so they can continue to support their children. If your children and worried or scared, talk to them about what they are feeling. Let them ask questions and remind them that you will do everything you can to keep them safe.

“If you have a school-aged child, you want them to hear about these things from you and not from a friend at school or in the news,” Flannery said.

“Any and all of these reactions are valid and normal reactions to these types of grotesque human violence.”

Limit the amount of news and social media coverage you’re exposed to, and be aware there will be a flood of gruesome information over the next few days, Flannery advised. While it’s helpful to remain informed, too much exposure to mass trauma can exacerbate your emotions and make it harder to heal.

Put your feelings to action and push for positive change. Call and write your local politicians and ask what they are doing to address gun control. Vote for politicians who will pass laws that will limit people’s ability to get assault rifles and lethal ammunition, Flannery said. Organize your friends to engage in community action and talk to your child’s school about what they are doing to ensure students’ safety in the classroom. Join Moms Demand Action, Sandy Hook Promise or Everytown for Gun Safety to get involved and effect change.

“Taking steps to actively cope with the situation can be helpful because it provides an outlet for your feelings,” Borelli said.

Be kind to yourself and take care of your mental and physical health — whether that means going for a run, doing yard work, watching a movie or sporting event, or doing something different and enjoyable with your kids, family and friends.

Find a way to separate yourself from the media coverage and the intensity of the information flow. “Not to ignore, not to try to forget it, but to pay attention to your own mental health,” Flannery said.

Best Gose Beers to Quench Your Thirst This Summer

Is America Prepared for Electric Vehicles to Be the Future?

10 ‘Harmless’ Nighttime Habits That Are Secretly Ruining Your Sleep

What Being an Army Green Beret Taught Me About Leadership