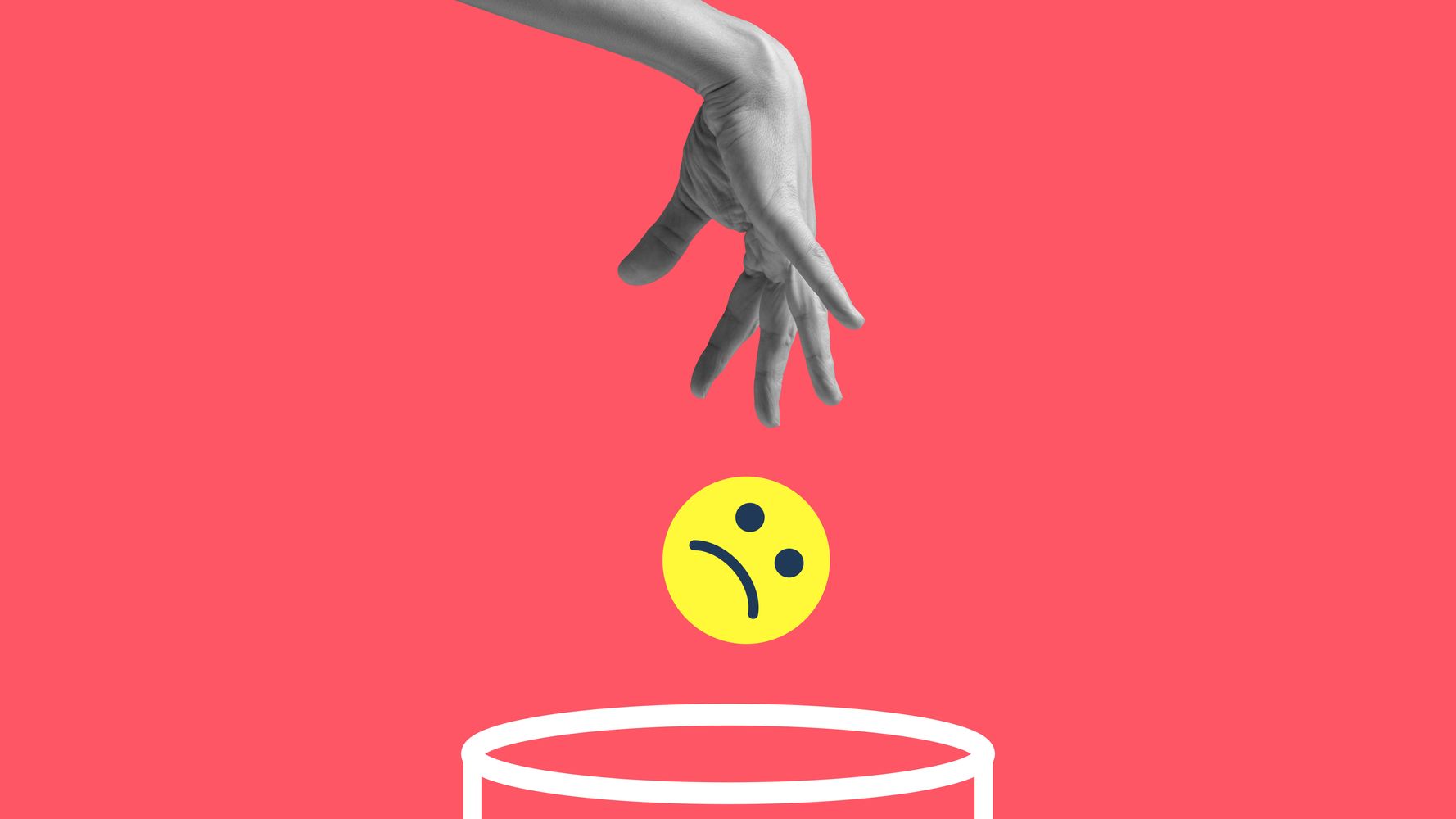 Living in a relatively happy place in the world — a country where most people’s basic needs are met, where they’re given time and space to follow their passions and raise healthy families — is generally regarded as a very good thing from the standpoint of overall emotional well-being. Certainly, living in poverty or in an unstable country has been linked to higher levels of stress and sadness.

But new research says there may be a hidden downside to living in parts of the world where overall happiness is high and where there is an inescapable feeling of pressure to be happy: Many individuals feel worse overall. They’re comparing themselves to how they think they should feel based on how happy they think everyone else around them is — and coming up short.

“The level of happiness individuals feel pressured to achieve may be unattainable and reveal differences between an individual’s emotional life and the emotions society approves of,” said study author Egon Dejonckheere, a clinical psychologist at Tilburg University in the Netherlands, in a statement.

Not so happy after all?

The team behind the new study interviewed more than 7,400 people from 40 countries about their overall emotional well-being, satisfaction with their lives and any complaints they had about their mood or mental health. The researchers also asked study participants about how much pressure they felt from society to be happy or positive.

Almost everyone in the study, regardless of where they lived, noted they felt some pressure to feel happy.

But people living in countries with the highest scores on the World Happiness Report — an annual country-by-country happiness ranking based largely on Gallup polls — reported significant pressure to feel happy. Many of them ended up having poorer overall emotional well-being, as measured by factors like people’s overall life satisfaction and how often they experience positive emotions.

Countries that tend to rank very high on the World Happiness Report and were included in the study include Canada and the Netherlands.

How the pressure to feel happy can backfire

The key point from the new research is not that living in one country versus another will make you happier or unhappier; it is that the pressure to feel happy can backfire. The new findings offer evidence of the old adage that comparison is, indeed, the thief of joy.

“This discrepancy between an individual and society may create a perceived failure that can trigger negative emotions,” Dejonckheere said. “In countries where all citizens appear to be happy, deviations from the expected norm are likely more apparent, which makes it more distressing.”

Mental health professionals often refer to the negative impact that “upward social comparison” can have on self-esteem. When people compare themselves to others they see as somehow superior to them, it can (unsurprisingly) lead to them feeling pretty lousy overall. In this case, comparing themselves to some kind of societal ideal may be making people feel worse.

But even internal pressure to feel happier can have unintended effects. Studies show that people who overvalue happiness as a marker of value or success tend to be less happy over time, and mental health experts warn that happiness is a fleeting emotion that is difficult to sustain over time, as our brains have a negativity bias. Striving to be happy often doesn’t work.

Instead, it may be more useful to focus on cultivating a sense of overall well-being by taking steps to develop a sense of awareness (which can be achieved over time through short, simple exercises like taking 10 deep breaths a day), or finding small ways to tap into your overall sense of purpose every day. This piece on the “how” of emotional well-being has some helpful tips.

Then remember: If it feels like you’re falling short of some kind of unspoken and impossible happiness standard that everyone around you has hit, you’re not alone. The kindest thing you can do for yourself is to try and let that pressure go.

Supersets Might Not Be Superior for Gaining Mass After All