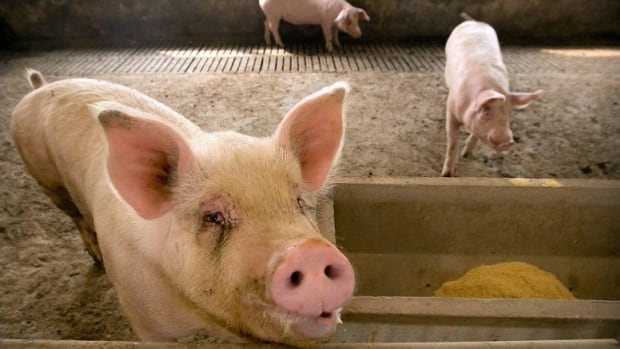 Two human cases of influenza variants normally found in pigs have been detected in Manitoba.

There is no risk to the public, Roussin said, as the strains don’t transmit easily from human to human.

They were detected after the two individuals independently sought testing after developing an influenza-like illness, Roussin said.

The COVID-19 tests came back negative but the samples were re-evaluated as part of the province’s heightened screening for influenza during the pandemic, and that’s when the strains were further sequenced and identified, Roussin said.

The strains happen rarely and sporadically but they do occur on occasion, he said.

The only reason the cases are being made public is because it’s required under federal law, Roussin said.