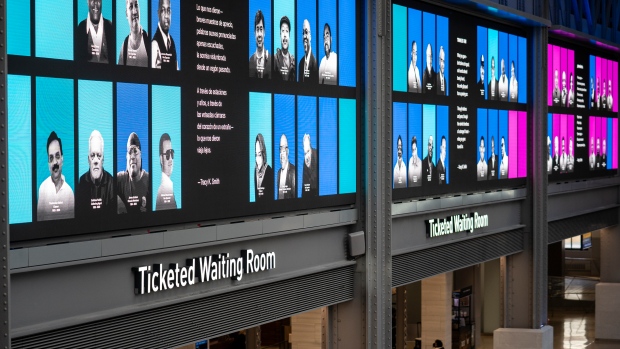 TORONTO — More than 20.5 million years of life may have been lost as a result of COVID-19, according to a new study, a figure researchers say is two to nine times higher than the average seasonal flu.

The study, published in the journal Scientific Reports, looked at nearly 1.28 million COVID-19 deaths across 81 countries up to Jan. 6, 2021 and found that the average years of life lost per death was 16 years.

The authors noted that this figure may be underestimated, due to the undercounting of COVID-19 deaths and the fact that for some countries still seeing rising transmission rates, the years of life lost will likely increase “substantially” in the coming months.

The study aimed to give better clarity on the mortality impact of COVID-19, noting that other measurements on their own, such as excess death figures and infection fatality rate, do not give a complete picture.

“Several policy responses (or non-responses) have been motivated with the argument that COVID-19 is mostly killing individuals who, even in the absence of COVID-19, would have had few life years remaining. However, comprehensive evaluation of the true mortality impact of COVID-19 has not been conducted,” the authors wrote in the study.

“From a public health standpoint, years of life lost is crucial in that it assesses how much life has been cut short for populations affected by the disease.”

To put the premature mortality caused by COVID-19 in context, researchers compared it to the impact from three other common causes of death around the world: cardiovascular diseases, one of the biggest causes of premature death, traffic accidents, and the seasonal flu.

Researchers picked the flu in part because of its similarity to COVID-19 as an infectious respiratory illness and because it was commonly used as a point of comparison with the novel coronavirus.

In developed countries hit hard by the pandemic, premature death due to COVID-19 was two to nine times higher than the numbers attributable to seasonal influenza and between two and eight times more than the years of life lost due to traffic-related deaths. Years of life lost due when compared with cardiovascular diseases was between a quarter and half, although rates were around parity to double that of heart conditions for Latin American countries.

Héctor Pifarré i Arolas, the research director for the Center for Research in Health and Economics at the Universitat Pompeu Fabra in Barcelona, Spain, and a group of international colleagues also found that three quarters of the premature deaths were in those 75 years or younger and nearly a third from those younger than 55. In addition, men lost 45 percent more years of life than women.

“The gender differential in years of life lost arises from two components: more men are dying from COVID-19, but men are also dying at younger ages with more potential life years lost than women,” the study said.

A greater number of older people died prematurely in higher-income countries, according to the study’s analysis, while a greater proportion of the years of life lost were among those who died at age 55 and younger in low and mid-income countries.

“Our results support the claim that the true mortality burden of COVID-19 is likely to be substantially higher,” the authors wrote, adding that when they compared the different methodologies to calculate the number of years of life lost, deaths attributable to COVID-19 may underestimate the true figure by a factor of three. For some countries, researchers found the years of life lost could be underestimated by a factor of more than 12.

This particular study focused on premature mortality, but the study’s author said a complete evaluation on the health impact should also consider measuring the impact of “years lived with disability” in those who survived COVID-19, but suffer from the long-term effects of the disease.

“Our results confirm that the mortality impact of COVID-19 is large, not only in terms of numbers of death, but also in terms of years of life lost,” the study concluded, adding, “Our results on the age pattern call for heightened awareness of devising policies protecting also the young.”