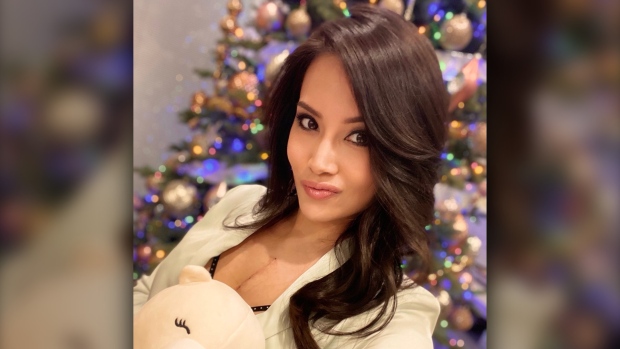 VANCOUVER — When Alison Lowe was diagnosed with COVID-19 in September, the healthy 32-year-old Vancouverite deteriorated rapidly, ending up on a ventilator shortly after being admitted to hospital.

The reason for her critical illness was revealed in routine COVID-19 lung scans: a large mass was growing near one of her lungs, a pre-existing condition she didn’t know she had.

After Lowe recovered from the virus, the tumour was biopsied. “It’s considered malignant, but it can be taken out with surgery. So they had planned to do the surgery in mid-January,” she said. But by late November, the financial planner was back in hospital.

“I started losing muscle function in parts of my body, so basically what happened is COVID created this autoimmune disease,” she Lowe. “I couldn’t speak, it was very difficult to swallow, basically my body was slowing shutting down.”

She was intubated again and on Dec. 9, doctors performed emergency surgery to remove the cancerous mass in her chest, which was the size of a human heart.

“It was well encapsulated, so they got it all out, no need for chemotherapy or radiation,” said Lowe. If she hadn’t been treated for COVID-19 months earlier, it’s likely the mass would still be growing undetected.

Lowe was released from hospital in time to celebrate the holidays with her family. “The saying ‘I’ll be home for Christmas’ never rang more true than this year,” she said.

While she is cancer-free, she’s now taking immune suppressants for myasthenia gravis, an autoimmune disease triggered by COVID-19. She says her case is a warning for other young people who may not take the threat of virus seriously.

“Look, some of you guys will be lucky, some of you will get it and be fine, cool. But if it does happen to you where you get an autoimmune disease it’s going to follow you for the rest of your life,” she said

The large scar on her chest will also be there for life, but she won’t be covering it up. “I’m not ashamed of it. This is who I am, I wear my scars very proud,” said Lowe. “It’s a story of survival.”