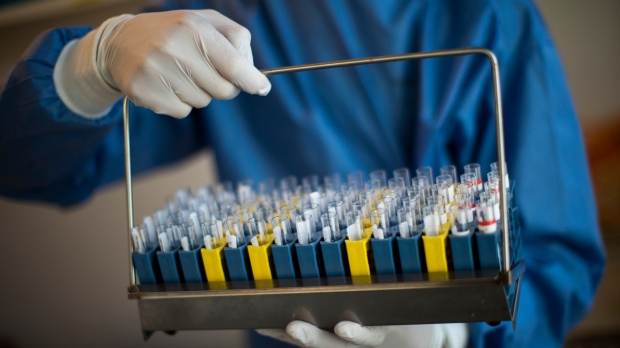 A new study that looked at more than 200 medical procedures in Canada found they were being used inappropriately almost one-third of the time.

The finding, published Monday in the Canadian Medical Association Journal, suggests that health-care resources aren’t being used as effectively as they might be and that patient care in some cases might be suffering.

“We’re wasting scarce Canadian resources when we’re prescribing treatments or diagnostics that are not needed,” said lead author Janet Squires of the University of Ottawa.

Squires and her colleagues analyzed 174 separate studies published between 2007 and 2021 that found problems with the use of clinical practices such as lab tests, referrals and imaging. The study compares how patients were actually assessed and treated with the established clinical guidelines in place at the time for 228 procedures.

“We found, on average, 30 per cent of them were being used inappropriately at least some of the time,” Squires said.

Those procedures include: lab tests for diabetes, breast cancer and kidney stones; referrals for prostate cancer and alcoholism; assessments for asthma and chronic obstructive pulmonary disease; and, imaging for cardiovascular disease.

Underuse was slightly more common than overuse, the study found. Squires suggested that’s the result of campaigns within the medical profession to stop over-prescribing tests and other procedures.

She cautioned that treatment that doesn’t conform to standard practice doesn’t necessarily mean a mistake.

“There could be very valid reasons,” said Squires.

“Maybe somebody isn’t getting a particular drug that’s in the guideline because they’re allergic. Maybe a patient doesn’t want a particular practice.”

In some cases, doctors may not be aware clinical guidelines have changed.

As well, some of the practices her research included had only been examined in one study. There were 42 practices that were found to be misused by at least three studies.

Squires emphasized that the findings don’t necessarily point to medical mistakes that are harming patients. But in some cases, they could.

“Different practices are going to have different outcomes. If you don’t receive certain care, depending on the practice, it could have the potential to harm patients.”

Squires said she and her colleagues conducted the research to fill a gap in Canadian health information. Most other countries have data on how often prescribed medical procedures don’t line up with current guidelines. Canada didn’t.

“Our goal was to increase awareness,” she said.

The paper does not look at all the practices currently used in Canada’s health-care system, Squires said.

She hopes the research will get doctors and other health-care professionals to think twice when they prescribe to ensure the measure conforms with the latest standards.

“I hope people are going to use it to increase awareness. Inappropriate care does happen. We can do better.”

This report by The Canadian Press was first published Feb. 28, 2022.