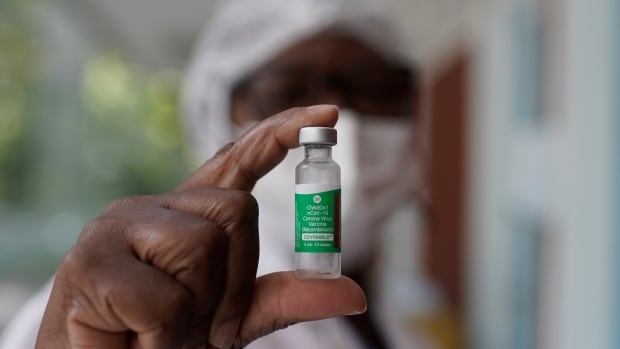 AstraZeneca and Oxford University’s COVID-19 vaccine is more effective when its second dose is given three months after the first, instead of six weeks, a peer-reviewed study published in The Lancet medical journal showed on Friday.

The study confirmed the Anglo-Swedish drugmaker’s findings from earlier this month that showed the vaccine had 76 per cent efficacy against symptomatic coronavirus infection for three months after the first dose.

Efficacy was found to be at 81 per cent with the longer interval of 12 weeks between the first and second dose, compared with 55 per cent efficacy up to the six-week gap, according to the Lancet study, which backs British and World Health Organizations recommendations for longer intervals.

Canada has not yet approved the AstraZeneca-Oxford shot, but is set to receive millions of doses if it is authorized by Health Canada.

Faced with a resurgence in infections and new, highly transmissible variants of the virus, many countries are hoping to broaden immunization by giving some protection to as many people as possible with a first dose, while delaying subsequent shots.

“Vaccine supply is likely to be limited, at least in the short term, and so policy-makers must decide how best to deliver doses to achieve the greatest public health benefit,” said the study’s lead author, Andrew Pollard, who is with Oxford, in a statement provided by The Lancet.

“Where there is a limited supply, policies of initially vaccinating more people with a single dose may provide greater immediate population protection than vaccinating half the number of people with two doses. In the long term, a second dose should ensure long-lived immunity, and so we encourage everyone who has had their first vaccine to ensure they receive both doses.”

Some other vaccines, such as for flu, Ebola and malaria, also provide greater protection and stronger immune responses after a longer interval between doses.