B.C. plans to immunize more than 4 million members of the general public against COVID-19 by September, vaccinating the high-risk and most elderly populations by April before reaching younger adults in the summer.

The province revealed its vaccine plan in greater detail on Friday, setting out a rough idea of when the population can expect to be vaccinated.

The proposed schedule is split into four phases:

Phase 4, July to September: Members of the general public aged 18 to 59.

The plan covers roughly 4.3 million eligible British Columbians, or 8.6 million doses of vaccine. The remainder of B.C.’s population — about 900,000 people — are not eligible because neither of the vaccines currently approved for use in Canada are approved for children under 17, with exceptions for those with certain medical conditions.

If the plan goes according to schedule, and if provincial case counts keep coming down, there is an end in sight for restrictions on daily life in B.C.

“I am hopeful that once we start getting the most at-risk people immunized, once we start having enough people in the population [immunized] … by the summer, we should be able to have some types of our normal lives back again,” said Provincial Health Officer Dr. Bonnie Henry.

“But,” she added, tempering expectations: “The full [return] to what we would like to have, in terms of social interactions and being together, it not likely until the fall.”

The plan hinges on vaccine availability. The schedule announced Friday is based on the presumption B.C. sees steady supply of the two-dose vaccines currently approved in Canada — those from Pfizer-BioNTech and Moderna — over the next eight months. If those deliveries are delayed, the immunization schedule will be delayed. On the other hand, if more vaccines from other makers are approved, the timeline could speed up.

The province chose the age-based approach based on the fact that increasing age is the “the single greatest risk” factor for severe illness and death from COVID-19. The approach also increases protection for people with pre-existing medical conditions, which become more common as people get older.

The province said people between the ages of 16 and 69 who are deemed “clinically extremely vulnerable” due to certain conditions — like cancer, severe immunodeficiency or serious respiratory conditions — will be eligible for inclusion in Phase 3. (The minimum age for vaccine eligiblity drops to 16 with certain medical conditions, the province said.)

B.C.’s plan is no longer based on a person’s risk of exposure due to their profession, with the exception of health-care staff. That means some front-line workers — like teachers, first-responders and grocery store staff — are no longer getting higher priority because of their job.

“I receive mail a couple of inches thick from advocates saying their particular sector, their particular sector deserved a higher priority. All of the arguments were very compelling,” said B.C. Premier John Horgan. “But the science is pretty clear … age is the dominant determinant factor on severe illness and death.” 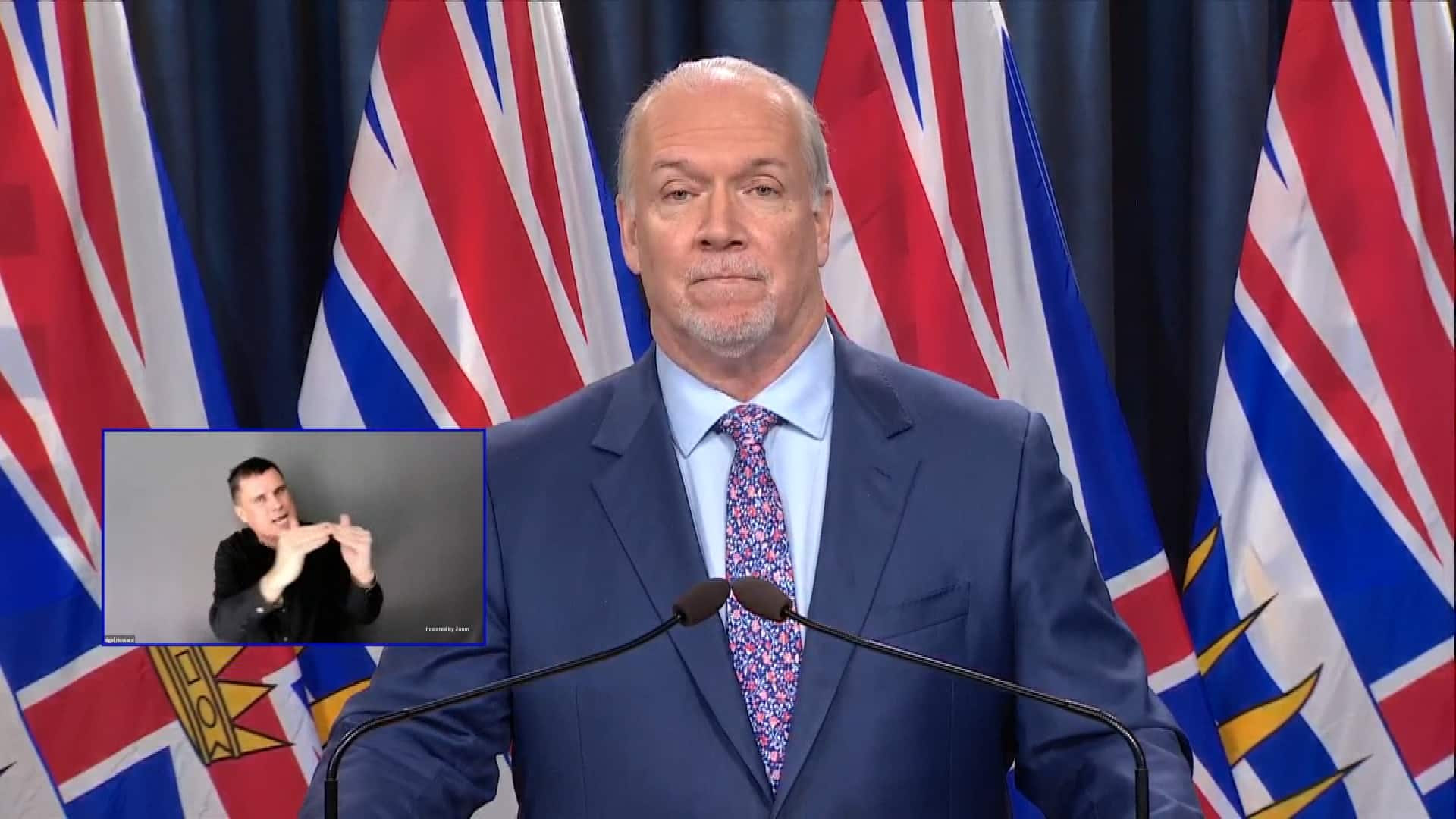 Horgan says that he’s received messages from advocates saying their group should be prioritized, but B.C. will stick with this plan until there is more vaccine supply. 1:21

The province said front-line workers outside of health care might be added to Phase 3 if more vaccines become available.

Henry said the team is keeping a particularly close eye on AstraZeneca vaccine, which is expected to be greenlit in the spring.

Public health officials will be reaching out to seniors and Indigenous communities in February about getting registered. A registration process for the rest of the public will begin in mid-March. People will be able to pre-register two to four weeks before they are eligible for their first dose, setting up appointments based on age over the phone or online.

No one will lose their place in line if they are not able to be vaccinated during their phase, the province said. For example, if an elderly person included in Phase 2 cannot be immunized in February or March, they can be immunized at any point thereafter.

The province will be establishing vaccination clinics across 172 communities in March, using spaces like school gyms, sports arenas and community centres. Mobile sites will be used for particularly remote communities.

To date, more than 100,000 people in B.C. have received their first vaccine dose as part of Phase 1.

B.C. and the rest of Canada have already seen delays in its deliveries of the Pfizer-BioNTech vaccine. Shipments over the next four weeks have been been cut in half as a factory expansion at Pfizer’s plant in Belgium slows production.

Timely deliveries are critical as the Pfizer-BioNTech and Moderna vaccines both require two doses administered within a certain time frame.

Horgan said Friday he is “confident that, by February, the backlog the federal government is experiencing with Pfizer will be corrected.”

In exchange for the immediate delay, Pfizer expects to be able to ship hundreds of millions more doses worldwide over the rest of 2021.

B.C.’s vaccination schedule could change as Canada solidifies its schedule for delivering vaccines to the provinces and territories, and while the regional health authorities develop their detailed regional plans.