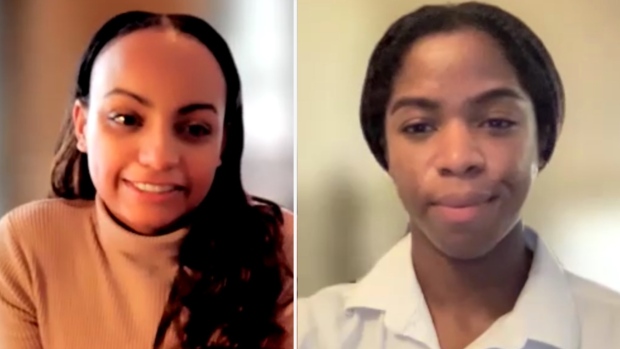 Two Black medical students aren’t waiting for anyone’s permission to lead tough conversations about race and equity at their schools.

“It really comes down to who’s in the room, who’s at the table,” Ikunna Nwosu, a fourth-year medical student at Queen’s University, told CTVNews.ca in a video interview last month.

“I found that there isn’t this huge malicious intent necessarily for people to not improve their curriculum or not necessarily improve what they’re teaching medical students. But many just don’t have that lived experience,” she said, adding that lecturers, administrators and fellow students need to look for ways to give their Black peers the space to openly critique issues such as microaggressions, the lack of collecting race-based data overall and increasing Black enrollment.

Nwosu and others have felt emboldened to speak up following the social upheaval during the Black Lives Matter protests of 2020, sparked by the murder of George Floyd at the hands of former police officer Derek Chauvin in Minnesota.

“For a lot of non-Black folks — who are seeking to be allies — just being not racist isn’t enough,” Kimberley Thomas, a first-year medical student at the University of British Columbia (UBC), told CTVNews.ca in the same interview.

Thomas, who’s also the western regional director of the Black Medical Students’ Association of Canada, said part of undoing decades of systemic racism means mentoring others and finding working physicians to do the same.

It’s one of the initiatives her group is spearheading, but even this is an ongoing challenge.

“I go to the largest medical school in Canada at UBC and I’m the only Black student in my class,” she said. “There’s one above me and then there’s one in the class below. And so, for me to find those networks, to find people who have traversed medical school, it was really difficult.”

Nwosu, who also chairs the Black Medical Students’ Association of Canada, said that since 2020, her group has been holding universities accountable by tracking schools’ pledges to fight systemic racism to actual initiatives and tangible changes.

To see what some medical schools have been doing well so far, check out the video above.