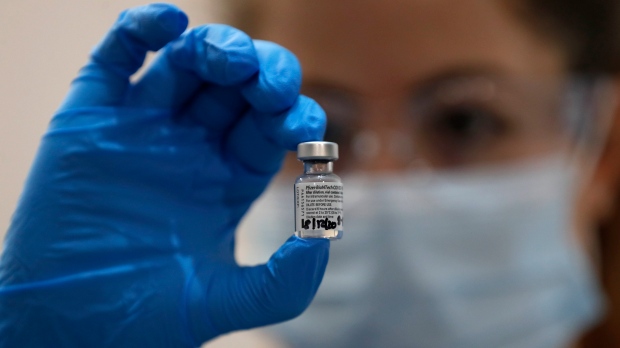 TORONTO — As part of Canada’s vaccine rollout, the federal government has announced that anyone who experiences a severe adverse reaction to a COVID-19 vaccine will be eligible for compensation — a first in Canada’s history.

The no-fault program was announced Thursday, as Canada gets ready to roll out the first of seven new vaccines.

“Serious side-effects are incredibly rare,” Prime Minister Justin Trudeau said in a press conference Thursday. “In the very unlikely event of an adverse reaction though, we want to make sure Canadians have fair access to support. So today, I can announce that we’re creating a federal support program around vaccine safety for all Canadians and for all vaccines. This includes COVID-19 vaccines that will be rolled out soon.”

Before a vaccine reaches the public, it will have gone through clinical trials involving thousands of people. The Pfizer-BioNTech vaccine, which Health Canada approved Wednesday, used more than 40,000 people in its final phases of testing. Although side-effects did occur for some participants, almost all were temporary, and the vaccine has been deemed safe for the general public.

Serious reactions are not impossible, however. In the U.K., two people with a history of severe allergic reactions to things such as vaccines, medicine or food suffered serious reactions to the Pfizer vaccine this week. The situation is still being investigated to figure out what triggered the reactions.

In a news release on today’s compensation program, the federal government pointed out that the chances of someone experiencing a truly serious adverse reaction are “extremely rare — less than one in a million.”

Trudeau added in the press conference that the program was “based on the model that Quebec has had for the last 30 years and follows the lead of all other G7 countries.”

More than 20 countries already have vaccine injury support programs, according to the press release, with Canada being the last G7 country to follow suit.

“Canadians can have confidence in the rigour of the vaccine approvals system, however, in the rare event that a person experiences an adverse reaction, this program will help ensure they get the support they need,” Health Minister Patty Hajdu said in the release. “I will work with my provincial and territorial counterparts to set this program in place quickly.”

So far, no details have been released on how one would qualify for the program, or how much they could be eligible for in response to a permanent injury as a result of taking a vaccine.

With files from Avis Favaro

Black scientists around the world are calling for action, equality and representation