The global vaccine-sharing initiative known as COVAX told Canada last week it could expect to receive between 1.9 million and 3.2 million doses of AstraZeneca’s COVID-19 vaccine before the end of June.

The numbers were confirmed to Canada Tuesday. But public numbers posted by COVAX Wednesday point only to the lower end of that range, heaping another helping of confusion on an already anxiety-laden vaccine effort.

The vaccine alliance was established last year as part of an international effort to prevent wealthy countries from snapping up all available vaccines or COVID-19 treatment drugs, leaving the world’s poorest nations to go without.

Canada bought into it with $440 million in September, half of which secured doses for Canadians, and the other half to help buy doses for 92 nations who need help to buy vaccines.

The COVAX Facility is co-ordinated by the World Health Organization, Gavi, The Vaccine Alliance and the Coalition for Epidemic Preparedness Innovations.

COVAX has agreements with multiple vaccine-makers to buy about two billion doses this year, which will be distributed among the members nations to vaccinate up to one-fifth of each country’s population.

That letter, obtained by The Canadian Press, shows Canada was to get between 1.9 million and 3.2 million doses of AstraZeneca’s vaccine, from SK Bioscience in South Korea. That was to include between 500,000 and 1.1 million doses by the end of March, pending approval of AstraZeneca by both the World Health Organization and Health Canada.

The letter said the range “reflects the expected distribution due to potential supply constraints, based on latest understanding, while the high end reflects the contracted number of doses.” 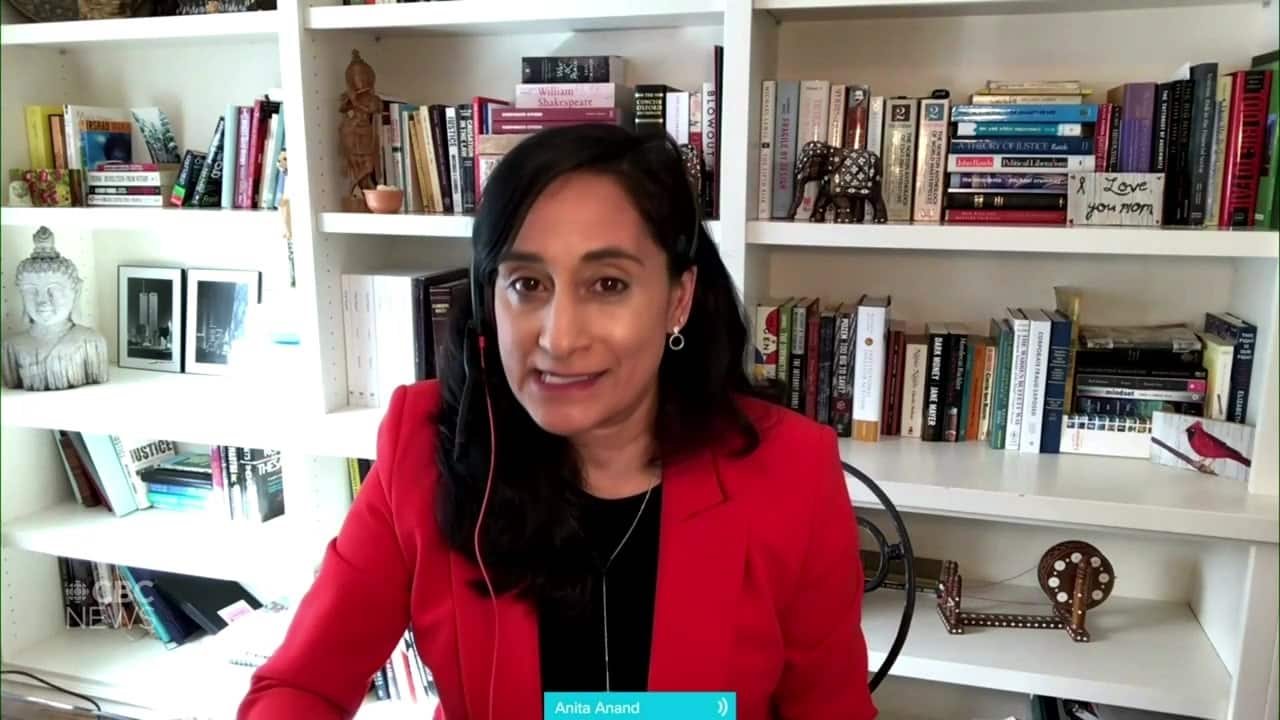 Procurement Minister Anita Anand said vaccine manufacturers told her Tuesday morning that the paperwork has been submitted to the EU and the shipments should be fine to leave for Canada this week. 0:49

The letter warned things could change, but Canada was sent a draft of the document COVAX intended to publish to its website Wednesday, which again listed a range of doses between 1.9 million and 3.2 million.

But when COVAX shared the information publicly Wednesday morning, the upper range of deliveries had disappeared.

A spokeswoman for Procurement Minister Anita Anand says Canada hasn’t been given an explanation.

“Canada has not received further communication since this information was shared,” said Cecely Roy.

Other countries affected by supply constraints

Canada is not the only country affected. The Philippines was told last week it would get between 5.5 million and 9.3 million AstraZeneca doses from COVAX in the first round, but Wednesday COVAX says the Philippines will be allocated 5.5 million.

Jamaican Prime Minister Andrew Holness tweeted Tuesday that Jamaica had been told it would get between 146,400 and 249,000 AstraZeneca doses, while Wednesday COVAX said Jamaica was getting 146,400.

While Canadians have been getting vaccinated since December, Jamaica and the Philippines haven’t started vaccinating yet. Both anticipate doing so this month with the COVAX deliveries.

Those numbers have been jeopardized because of recent production problems facing both manufacturers, though the government insists the full deliveries will arrive as planned.

Canada could vaccinate another 1.6 million people by June if the upper end of the COVAX range had materialized, and Public Services and Procurement Canada is now seeking clarity from COVAX about why the range was not included in Wednesday’s publication.

The COVAX doses are over and above the 20 million doses Canada bought from AstraZeneca directly, which are to start flowing once Health Canada approves it for use, something anticipated within the next two weeks.

Nearly 1M people have had at least 1 dose in Canada

Canada has now vaccinated close to a million people with at least one dose of vaccines from either Pfizer-BioNTech or Moderna.

But vaccine efforts slowed close to a full halt last week when no new doses were delivered.

Production issues from Pfizer-BioNTech cut Canada’s deliveries from them by two-thirds between Jan. 18 and Feb. 14, and Moderna reduced this week’s shipment by 20 per cent because of a production problem.

AstraZeneca has also faced production issues in Europe, prompting the European Union to impose export controls requiring vaccine makers to document all production and shipments of COVID-19 vaccines on the continent.

A spokeswoman for the European Commission said in an email Europe has a “duty” to vaccinate its own citizens quickly but doesn’t intend to prevent other countries from doing the same.

“In particular if these countries do not have their own manufacturing capacity,” the statement reads.

Europe authorized the export of shipments to Canada this week. “We have already been receiving requests for deliveries, including for Canada,” the statement says. “Member States have handled these requests very swiftly and these exports have been authorized in accordance with the opinion of the Commission. It proves that the system is working and that we will use it only in very limited cases.”

Canada’s COVAX doses are coming from SK Bioscience in South Korea, but Anand said negotiations are ongoing about where the 20 million doses purchased directly from AstraZeneca will be made.