You Are Here Home Health News Canadian drug makers hit with $1.1B lawsuit for promoting opioids despite risks 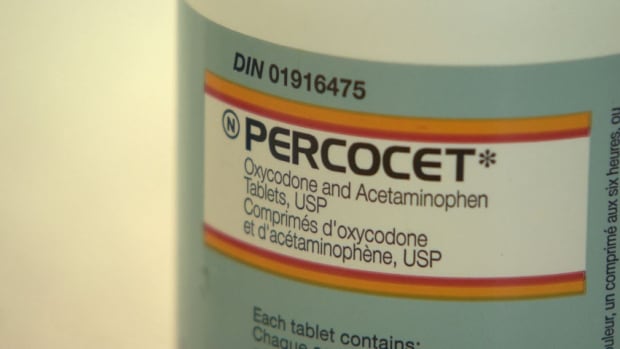 The representative plaintiff was prescribed Percocet, a type of opioid manufactured by the defendants, after suffering a minor sports injury. (CBC)

Canadian drug makers are facing a $1.1-billion lawsuit for their role in the opioid crisis.

A proposed class action filed Wednesday accuses almost two dozen companies of enriching themselves at the expense of vulnerable patients.

The potent drugs have killed thousands of Canadians in recent years.

The statement of claim filed in Ontario Superior Court names some of the biggest pharmaceutical firms in the country.

Koskie Minsky LLP in Toronto started the class action on behalf of all persons in Canada who were prescribed and became addicted to opioids.

The representative plaintiff is Dr. Darryl Gebien, the firm said in a release. Gebien was prescribed Percocet, a type of opioid manufactured by the defendants, after suffering a minor sports injury. He subsequently battled severe addiction, which had a significant and lasting impact on his personal and professional life.

No statements of defence have been filed and the claims have not been tested in any court.

In April 2018, group of Canadian doctors and opioid researchers sent a letter to the attorney general of Canada and to Health Canada demanding a criminal investigation into the marketing of opioids to Canadian doctors.

Last month, the U.S. government filed its first criminal charges against a major drug distributor and company executives over their alleged roles in fuelling the opioid epidemic by putting profits ahead of patients’ safety.

‘I was very ignorant’: How being paralyzed changed one woman’s view of how the world treats disabled people

China to step up countermeasures as virus outbreak grows

How ‘absolute terror’ led this P.E.I. man to start a podcast about mental health