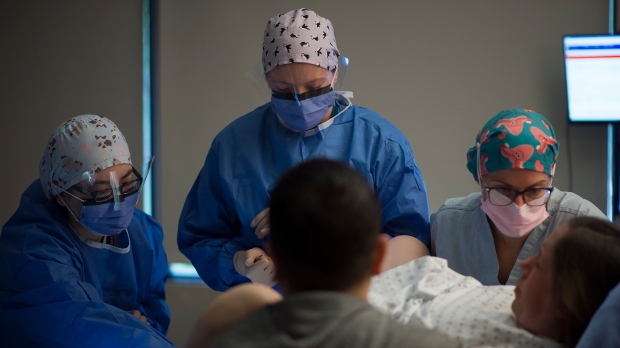 TORONTO — A new study has emerged finding no link between epidural use at birth and risk of autism.

The study, which was published in JAMA Pediatrics last Monday involving researchers from the University of Manitoba and Stanford University, looks at all live births delivered in hospitals in Manitoba from April 2005 to March 2016, excluding caesarean sections. The cohort involved a total of 123,175 babies.

Epidurals are a way to provide pain relief during birth. During an epidural administration, a catheter tube feeds anesthesia into the women’s spinal cord, allowing them to stay conscious and push.

“The epidural is the gold standard in labor pain management,” said University of Manitoba assistant professor and lead study author Elizabeth Wall-Wieler in a news release. “The vast majority of evidence around epidurals, including that from our new study, shows that they are the most effective means of providing pain relief to women during labor and that serious complications are rare.”

But after adjusting for maternal sociodemographic status, pre-existing health conditions and other risk factors, researchers found no association between epidurals and autism diagnoses, using public datasets.

This contradicts an October 2020 study also published in JAMA Pediatrics that looked into births in California, which said that epidural use was linked to a 37 per cent higher chance of developing autism. The researchers behind the new study say that previous work failed to control for socioeconomic status, health conditions, the method of deliver and other prenatal factors.

“Our study has a stronger finding because we accounted for limitations the first study had,” said study author Alexander​ Butwick in a news release. “An epidural remains a well-established and effective means of providing pain relief during labour, with several benefits associated with it.”