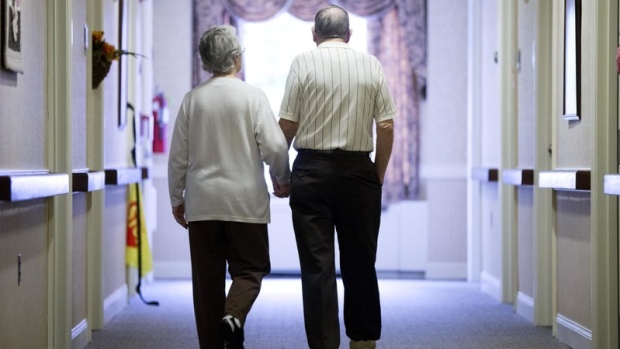 TORONTO — A team of Canadian researchers have developed an online calculator that can predict your risk of developing dementia.​

The Dementia Population Risk Tool (DemPoRT) was developed by researchers from the Ottawa Hospital, the University of Ottawa, the Bruyère Research Institute and ICES. It’s an online questionnaire for people over the age of 55 that asks about their health, lifestyle and sociodemographic information, and predicts how at-risk they are of developing dementia later in life.

Dementia is an umbrella term that refers a group of symptoms characterized by loss of memory and cognitive abilities. Alzheimer’s disease is the most common cause of dementia.

There’s currently no cure for dementia, which affects 76,000 Canadians annually.

Some of the factors that DemPoRT looks at include age, smoking status, alcohol consumption, physical exercise, existing health conditions and languages spoken.

“What sets this dementia risk calculator apart is that you don’t need to visit a doctor for any tests,” said lead study author Dr. Stacey Fisher in a news release.

“The COVID-19 pandemic has also made it clear that sociodemographic variables like ethnicity and neighbourhood play a major role in our health,” said Dr. Peter Tanuseputro, senior author of the study, in a news release.

“It was important to include those variables in the tool so policy makers can understand how different populations are impacted by dementia, and help ensure that any prevention strategies are equitable.”

These factors are based on the results of an 11-year survey that included over 75,000 participants from Ontario and included 8,448 cases of dementia, as described in a paper published in the Journal of Epidemiology and Community Health.

The calculator can be found at projectbiglife.ca alongside more calculators that look at other aspects of health, such as life expectancy as well as heart and stroke risk.

Researchers also hope that policy makers can use their algorithm to predict the number of future cases of dementia in a given population. ​