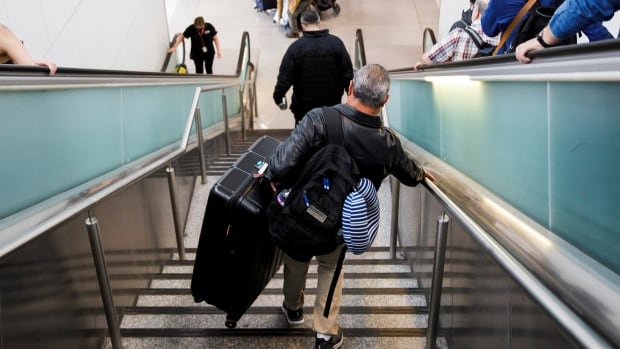 The Public Health Agency of Canada is warning travellers to be extra careful abroad because of the potential threat of catching monkeypox.

The government issued a level two travel health notice to encourage people travelling outside the country to take extra precautions.

The public health agency says travellers could find themselves subjected to isolation or other measures to limit the spread of the virus. It also warns that those who leave the country could have limited access to appropriate care if they become ill and could face delays returning home.

It advised travellers to consult a health-care professional or visit a travel health clinic at least six weeks before travelling, and said they could lower their risk of contracting the virus by being “particularly vigilant” at any large parties or gatherings while travelling.

Anyone with symptoms or a diagnosis of monkeypox should delay their travel and isolate, the agency said.

The monkeypox virus, known for causing telltale skin lesions, typically enters human populations when someone touches or eats infected wildlife. From there, it can spread through close contact, including respiratory droplets in the air, skin-to-skin contact or if someone touches contaminated surfaces such as clothes or bedding.

It is rare to see outbreaks of monkeypox outside of West and Central Africa, but cases have cropped up in countries around the world in recent weeks.

At least 100 cases have been confirmed in Canada.

On Tuesday, Quebec’s health ministry said there were 90 confirmed cases in the province. Toronto Public Health has confirmed eight positive cases, with 17 others under investigation.