You Are Here Home Health News Canadians reporting more anxiety and depression than ever before, poll finds 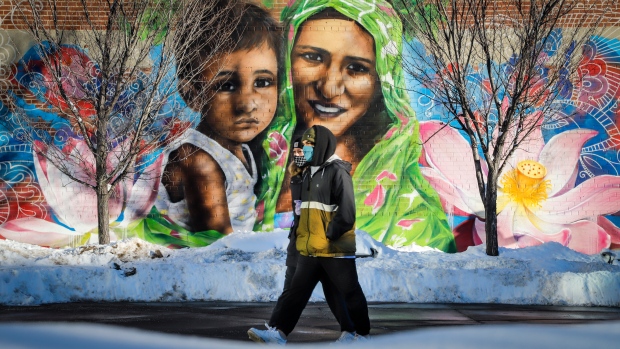 TORONTO — Even before holiday-season restrictions went into effect in some parts of the country, Canadians were reporting their highest-ever levels of depression and anxiety, according to a new poll.

The poll, which was taken between Dec. 10 and Dec. 18, 2020, found that 22 per cent of surveyed Canadians reported that they had been diagnosed with depression, with another 20 per cent saying they had received an anxiety disorder diagnosis. Both of those rates are the highest MHRC has measured, and four percentage points higher than before the pandemic. Self-reported feelings of anxiety and depression were also found to be at all-time highs.

Depression and anxiety levels were reported to be highest in Manitoba and Saskatchewan, and lowest in Quebec.

Respondents also indicated that social isolation and working from home have negatively impacted their mental health, with 36 per cent of those surveyed describing working from home as stressful – up from 21 per cent in the previous MHRC survey, from last October.

Dr. David Dozois, a MHRC board member, said in a statement that,since the pandemic set in, Canadians have been less likely to speak to either their doctors or mental health professionals.

“The high levels of anxiety and depression reported by Canadians are a serious concern, especially because Canadians are not receiving mental health supports at the same rate as before the pandemic,” he said.

MHRC also found a correlation between poor mental health and vaccine hesitancy. Three-quarters of respondents said they plan to get a COVID-19 vaccine. Those who said they will not get vaccinated or have concerns about the vaccine were more likely to have also reported higher levels of anxiety and depression.

There was some reason for optimism in the poll, as 65 per cent of respondents told MHRC that “they remain highly resilient to challenges like COVID-19.”

The poll was conducted by Pollara Strategic Insights based on an online sample of 2,761 adult Canadians. MHRC says its result “could be considered accurate to within [plus or minus] 2.2 percentage points.”

Many resources are available in communities across Canada for anyone struggling with anxiety, depression or other mental health concerns.