You Are Here Home Health News Cheat days, long workouts and high protein: What eating disorders can look like in men and boys 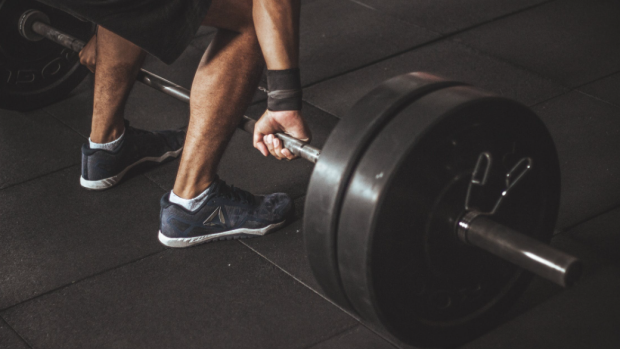 When Ryan Sheldon told his family he had an eating disorder, they chuckled in confusion. When he brought it up to his doctor, he was told they missed it because the doctor never would have thought he was at risk.

And when he started speaking about his experience publicly, one audience member — also a doctor — stood to say Sheldon had been misdiagnosed because he was neither extremely large nor thin, he said.

Sheldon, 34, who is chair of the ambassador program at the National Eating Disorders Association, has wrestled with problems related to body image since he was eight years-old.

When those problems developed into a concrete eating disorder, he had trouble identifying it and getting help in part because of the stereotype that eating disorders only happen in teenage girls.

It’s a belief that is harmful and untrue, as around 1 in 3 eating disorders will affect men or boys, said Stuart Murray, an associate professor of psychiatry and behavioral sciences at the University of Southern California and director of the Translational Research in Eating Disorders Laboratory.

In the United States alone, 10 million males will be affected by eating disorders at some point in life, according to the National Eating Disorders Association.

As the organization starts its awareness campaign Monday for National Eating Disorder Week, experts share how eating disorders impact men and boys and why they are often left out of the picture.

When thinking about someone with an eating disorder, many people think of a girl or woman who restricts food, exercises obsessively, or secretively binges and purges.

Men can experience eating disorders in that way, said Dr. Blake Woodside, medical director emeritus for the program for eating disorders at Toronto General Hospital and a professor in the department of psychiatry at the University of Toronto.

But men also feel pressure to conform to a few masculine body types that society deems acceptable, such as the muscular superhero and the lanky computer geek, Woodside said.

Some of those ideals encourage men to limit their calorie count, but others do the opposite and encourage excessive workouts, overloading protein and heavily restricting nutrients like fats and carbs, Murray said.

When does an interest in maintaining a certain physique become an eating disorder? It happens when your behavior and interactions start to be ruled by the restrictions you are putting into place for your ideal body, Murray said.

“What should be the yardstick is: Does it impact people’s ability to have a normal and a functioning life?” he said.

WHY THEY ARE HARD TO TREAT

If men are so impacted by eating disorders, why aren’t we hearing about it? Stigma and exclusion.

Although anorexia nervosa was first identified in both boys and girls in the 19th century, Murray said boys were excluded from the research and the diagnostic criteria.

Until recently, changes in breasts and loss of menstruation were key to diagnosing eating disorders, Murray said. Although the criteria have changed since then, men and boys are still excluded from most research into eating disorders, he added.

That exclusion can often lead to stigma, with men and boys — as well as those around them — not recognizing their behavior or hesitating to get help because they believe it threatens their masculinity to say they may have a disorder disease pigeonholed to women.

To make matters worse, disordered eating behavior in men is often championed in the world of social media, Murray said.

Celebrities and influencers post their excessive workouts, along with shots of their bodies and cheat day meals, which are meant to trick their bodies out of going into starvation mode so they don’t burn muscle, he added.

Without looking at the context of gender, almost every doctor would classify that kind of behavior as bulimia. In men, “we see it as a sort of prosocial way of becoming more muscular,” Murray said.

WHAT WE CAN DO

Many families and family doctors still aren’t familiar with the signs of eating disorders in boys and men, Murray said, so the first place to start is knowing what to look for.

Teen boys are human locusts, who often demolish every bite of food in their path, Woodside said. If you notice someone you care about abruptly changing how much or how publicly they eat, they deserve attention, he said.

If the men or boys in your life are making big changes to the activities and relationships in their lives, it might be time to take a closer look, Woodside added.

From there, there is good news and bad news.

“The eating disorder field has to treat boys and men based on treatment studies that included only females. We have to make this big inference that we are on the mark,” Murray said.

But the good news is that men and boys often do well when they go through treatment for their eating disorders, Woodside said.

At one point, Sheldon had lost his job, his money and his relationships to his eating disorder. It took years of specialized treatment and the help of support groups to get his body and his life back on track.

Now, he says the best way to help men and boys like him get into treatment is to share the often hidden truth: They are not alone.