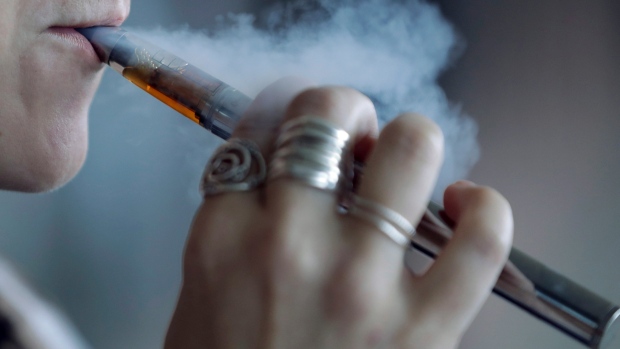 TORONTO — Researchers in the U.S. say they have found an association between vaping and mental fog, and it appears more likely among youth who began vaping before age 14.

Two recent studies from the University of Rochester Medical Centre (URMC) have found that adults and youth who smoke and vape are more likely to report difficulties in mental functions such as memory, decision-making and concentrating.

According to a press release from the university, the studies examined more than 18,000 American youth, estimated to be between the ages of 11 and 18, who responded to the National Youth Tobacco Survey and 886,000 adults who responded to the Behavioral Risk Factor Surveillance System.

The two studies do not conclude the exact link between mental  function impairment and vaping, but researchers believe nicotine could play a role in causing this. Or it could mean that people who already have mental fog are more likely to smoke or vape, potentially as a way to self-medicate.

Dongmei Li, the associate professor of Clinical and Translational Science Institute at the university, who led the studies, said the research reveals that vaping is not a safe alternative to smoking and intervention should be introduced earlier than it already is.

“Prevention programs that start in middle or high school might actually be too late,” Li said in the press release.

Health Canada recently announced a proposal to reduce the nicotine content in vaping products from 66mg/ml to 20mg/ml. According to the federal government’s proposal, the introduction of high-nicotine-concentrated vaping products in Canada in 2018 is believedto have contributed to the rise in youth vaping.

From 2018-2019 the Canadian Student Tobacco, Alcohol and Drugs Survey (CSTADS) found that vaping doubled among students in comparison to the 2016-2017 survey.

While the CSTADS has yet to release it 2019-2020 stats, in the U.S. the Food and Drug Administration found a decrease in teenage vaping, as an estimated 1.73 million fewer youth vaped in 2020 in comparison to 2019.

Currently, the Health Canada website does not indicate any mental health complications linked to vaping with nicotine. However, it does indicate the effect nicotine can have on memory and concentration and the impact it can have on adolescent brain development.

How does your brain process emotions? Answer could help address loneliness epidemic

The provinces might get their health funding boost — with strings attached