You Are Here Home Health News Coronavirus: What’s happening in Canada and around the world on Sunday

Ontario and Quebec, the two provinces hardest hit by the COVID-19 pandemic, both reported daily case counts of the respiratory illness beyond 2,000 on Sunday — with the latter setting a new single-day record — while Nunavut reported its first two COVID-19-related deaths.

Nunavut‘s health authorities on Sunday confirmed the territory’s first-ever deaths from COVID-19. They said a resident of Arviat and another from Rankin Inlet died of complications related to COVID-19 on Saturday.

A very, very sad day for Nunavut. Sending my thoughts and strength to their families and friends in Arviat and Rankin Inlet. ⁣<br>⁣<br>*translations will be posted on the Government of Nunavut website as soon as possible <a href=”https://t.co/PmZpqZhBuF”>pic.twitter.com/PmZpqZhBuF</a>

The new figures come a day after Canada surpassed the half-million mark in reported cases of COVID-19, and New Brunswick became the last province to launch its inoculation program.

The latest 100,000 cases were recorded across the country over just 15 days — the shortest growth period since the pandemic was declared in March.

In British Columbia, the RCMP say they have served tickets totalling $18,400 to representatives from three places of worship in Fraser Valley for violating public health orders.

Manitoba registered 229 new cases and 13 more deaths. Meanwhile, the government said it is expanding the criteria for front-line health-care workers to get a COVID-19 vaccine.

New Brunswick‘s active caseload fell by four after the province reported no new infections and removed four previous cases from its tally — two due to false positives and the other two attributed to out-of-province cases.

Newfoundland and Labrador recorded two new cases on Sunday, but the province’s active caseload remains at 31 as two recoveries were also announced.

Nova Scotia added two more cases. On Monday, restrictions are being eased or tightened in parts of the province.

The Northwest Territories says the government will foot the cost of self-isolation for residents returning from education or training programs outside the territory.

As of Sunday, more than 76.5 million cases of COVID-19 had been reported worldwide, with more than 43.1 million of those cases considered recovered or resolved, according to a COVID-19 tracking tool maintained by Johns Hopkins University in Baltimore. The global death toll stood at more than 1.6 million.

In Europe, a number of countries have suspended travel to the U.K. after a new strain of the virus was discovered.

Countries including the Netherlands, Israel, Belgium, Austria, France and Italy said Sunday they would halt flights to the U.K. after the government imposed tough new coronavirus restrictions on large areas of southern England to curb what officials described as a fast-moving new strain of the virus. 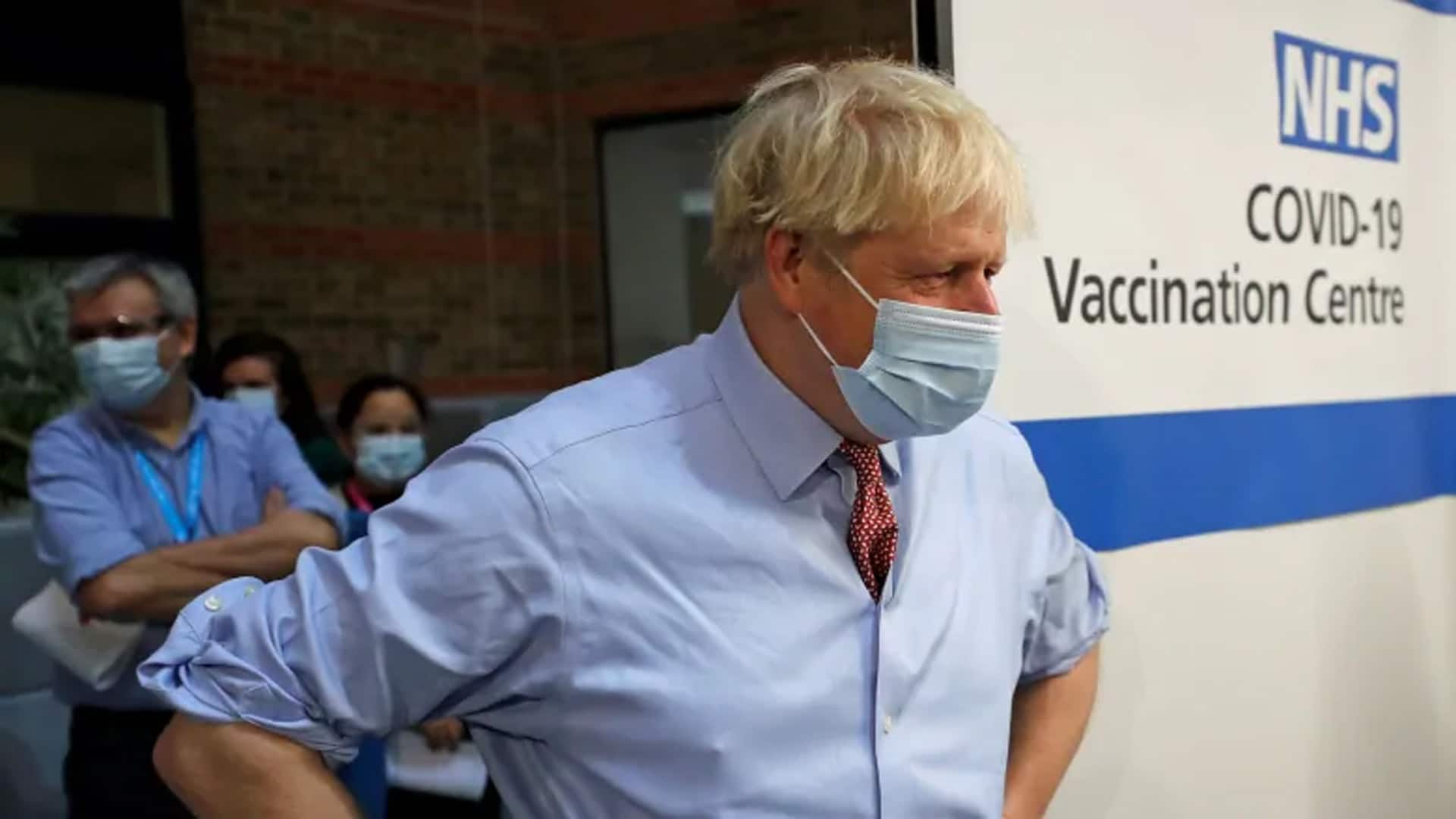 The U.K. government, which is seeing a rise in infections in London and southeast England, says a new strain of the coronavirus has been found, and it has alerted the World Health Organization. 2:24

In Asia, South Korea has recorded more than 1,000 new coronavirus cases for the fifth consecutive day, with about 70 per cent of the new infections coming from the densely populated Seoul metropolitan area.

The pace of the spread has already met government conditions for raising physical-distancing rules to their highest level, but officials have been reluctant to move forward with the measure out of worries for the economy.

In the Americas, shipments of Moderna Inc.’s COVID-19 vaccine began leaving U.S. warehouses early on Sunday, heading for health-care facilities around the country in a push to distribute the nation’s second approved coronavirus vaccine.

Employees at distribution centres in the Memphis area of Tennessee and in Olive Branch, Miss., could be seen boxing up the vaccine. The first shots were expected to be administered starting as early as Monday, just three days after the U.S. Food and Drug Administration authorized their rollout.

In Africa, the South African government has said it identified a new variant of the coronavirus that is driving a second wave of infections. The World Health Organization said it is working with researchers in the country to see if the variant is more transmissible and how it will affect future diagnosis, treatment and vaccine development.

Meanwhile, Israel and Germany have said they are restricting travel to and from the country over concerns about the new strain.