You Are Here Home Health News Coronavirus: What’s happening in Canada and around the world on Thursday

The United States prepared to roll out a coronavirus vaccine within days as the country’s daily death toll surpassed 3,000 on Wednesday, a grim milestone in the hard-hit country.

The U.S. has seen more than 15.3 million cases of COVID-19 since the pandemic began, with more than 289,000 deaths, according to a Johns Hopkins University coronavirus tracking tool.

Health-care professionals and support staff, exhausted by the demands of the pandemic, have been watching patients die alone as millions of Americans refuse to follow medical advice to wear masks and avoid crowds in order to curb the spread of the virus.

As a potential help in reining in the outbreak, a vaccine could start reaching health-care workers, first responders and nursing home residents as soon as Sunday, though more likely early next week, according to Trump administration officials.

“But we’ve worked many rehearsals and planning cycles … and that’s why I’m confident that as soon as EUA (emergency use authorization) comes aboard, we’ll start packing to the final destinations and distribution will begin within 24 hours,” Perna said.

A panel of independent medical experts was due to decide on Thursday whether to recommend a vaccine from Pfizer Inc and German partner BioNTech SE for emergency use authorization from the U.S. Food and Drug Administration. 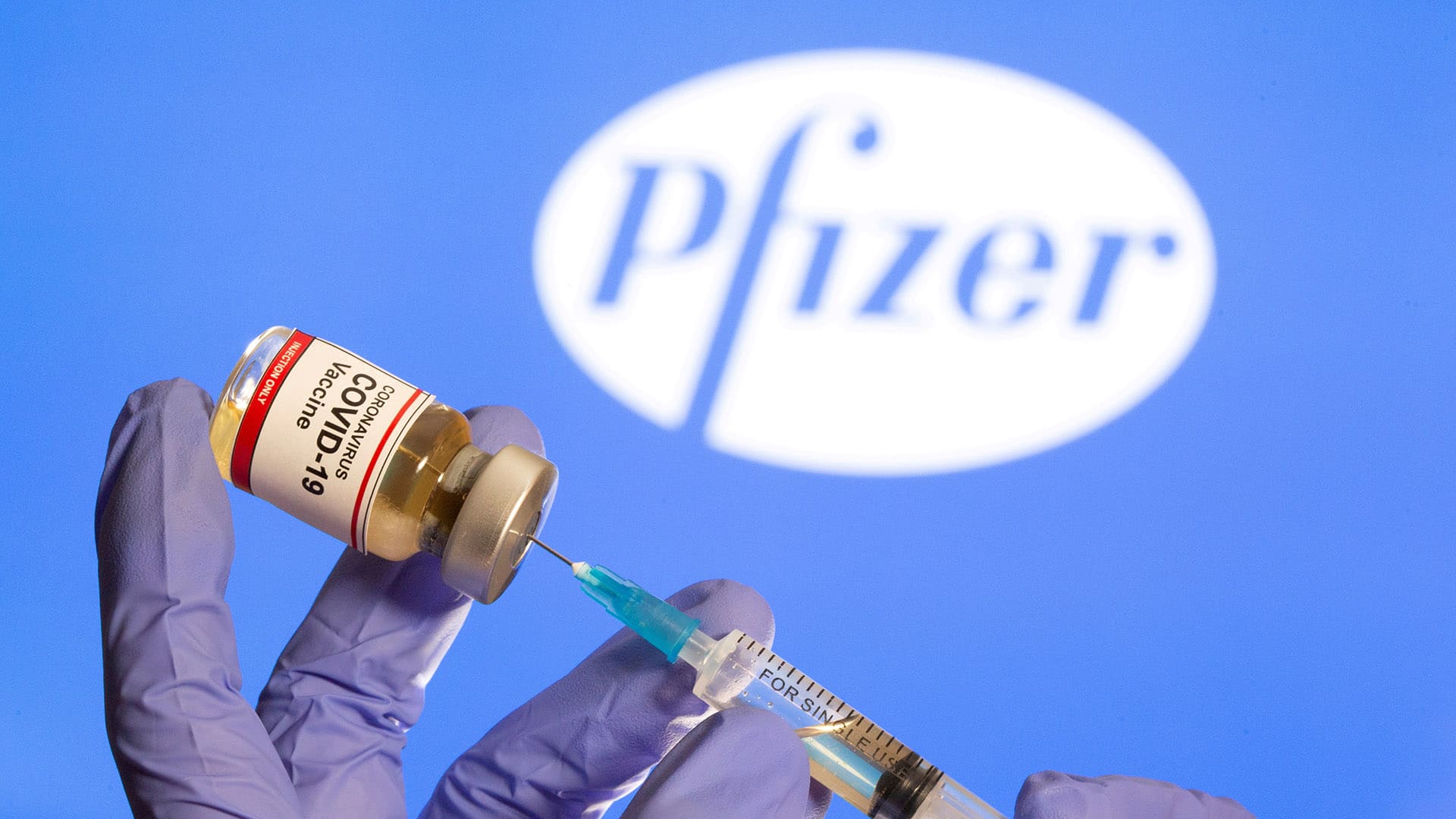 The Food and Drug Administration’s vaccine advisory panel is meeting to discuss the data behind the new vaccine. 0:00

A second vaccine developed by Moderna is a week behind. Widespread inoculations, however, could take months.

In the meantime, intensive care units at hundreds of hospitals across the country were at or near capacity, data from the U.S. Department of Health and Human Services showed.

Ten mostly rural counties in California reported having no ICU beds on Wednesday, according to state health figures analyzed by Reuters.

In Ontario, health officials reported 1,983 new cases of COVID-19 on Thursday, with more than 1,000 of those cases in hard-hit Toronto and Peel Region. Health Minister Christine Elliott said in a tweet that the province had completed more than 61,800 tests.

Hospitalizations increased yet again on Thursday, with 829 COVID-19 patients in hospital. Of those, 228 were in intensive care units, according to a provincial health dashboard.

Quebec on Thursday reported 1,842 new cases of COVID-19 and 33 additional deaths, bringing the death toll in the province to 7,382.

Hospitalizations in the province increased to 848, with 113 in intensive care, according to figures released by the province.

“We cannot allow a minority of people to put the majority at risk,” he said. 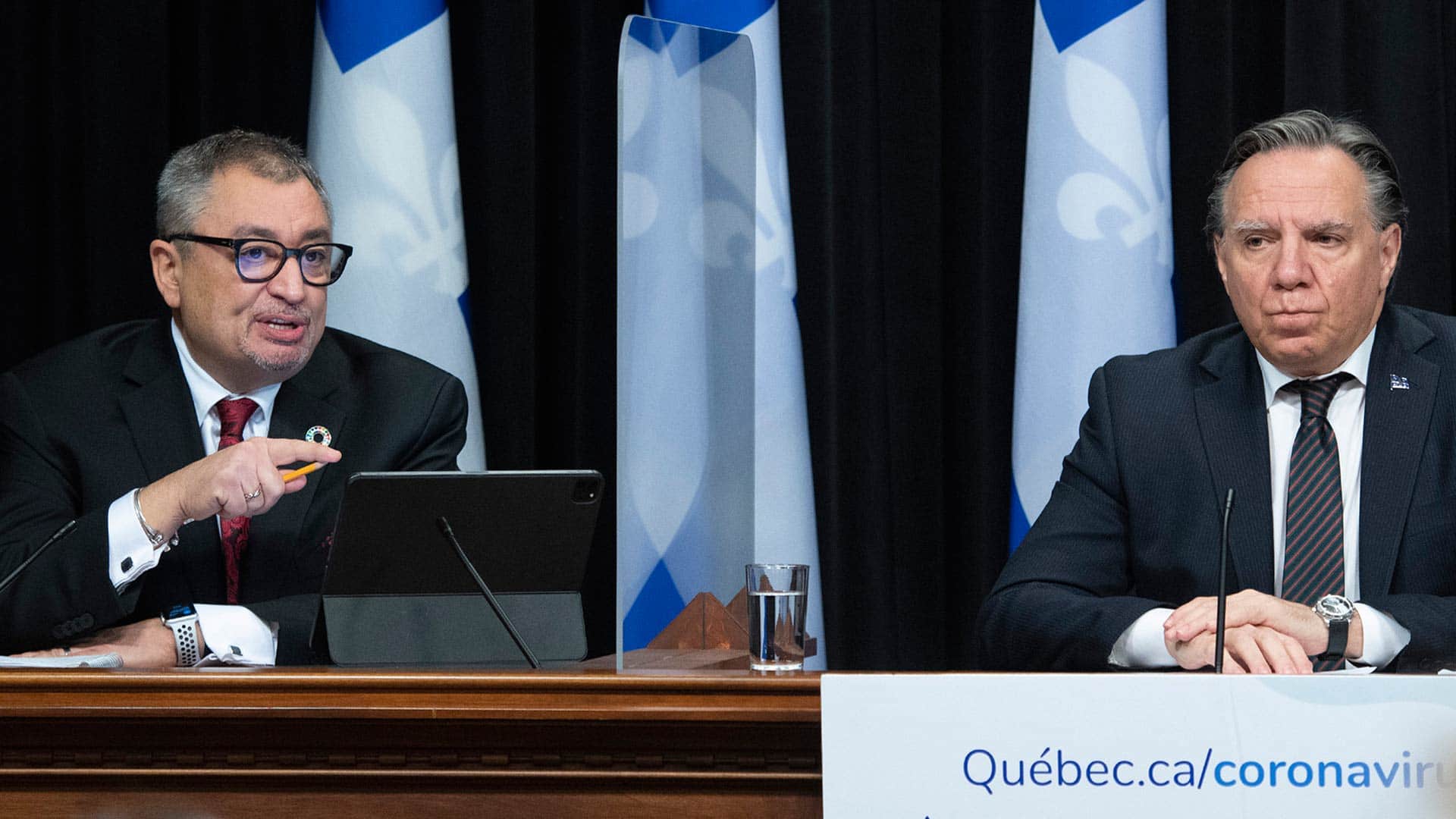 Quebec has been forced to postpone surgeries again to make room for the rising wave of COVID-19 patients. With a lingering backlog from the first wave, doctors fear delaying even non-essential procedures comes with real risks. 1:29

In Atlantic Canada, Nova Scotia reported six new cases of COVID-19 on Wednesday, while New Brunswick and Newfoundland and Labrador each reported one new case.

There were no new cases reported in Prince Edward Island.

Across the North, there were nine new cases of COVID-19 reported in Nunavut on Wednesday, all of them in Arviat. Health officials said there were 48 active cases in the small community on the western shore of Hudson Bay.

There were no new cases reported in Yukon or the Northwest Territories. But the government of N.W.T. said it has found COVID-19 in wastewater in Yellowknife.

Chief Public Health Officer Dr. Kami Kandola said this means there is likely an undetected case of COVID-19 in the capital. The virus was detected through a wastewater monitoring program, which analyzed samples taken between Nov. 30 and Dec. 2.

WATCH | Can you choose which COVID-19 vaccine to get? 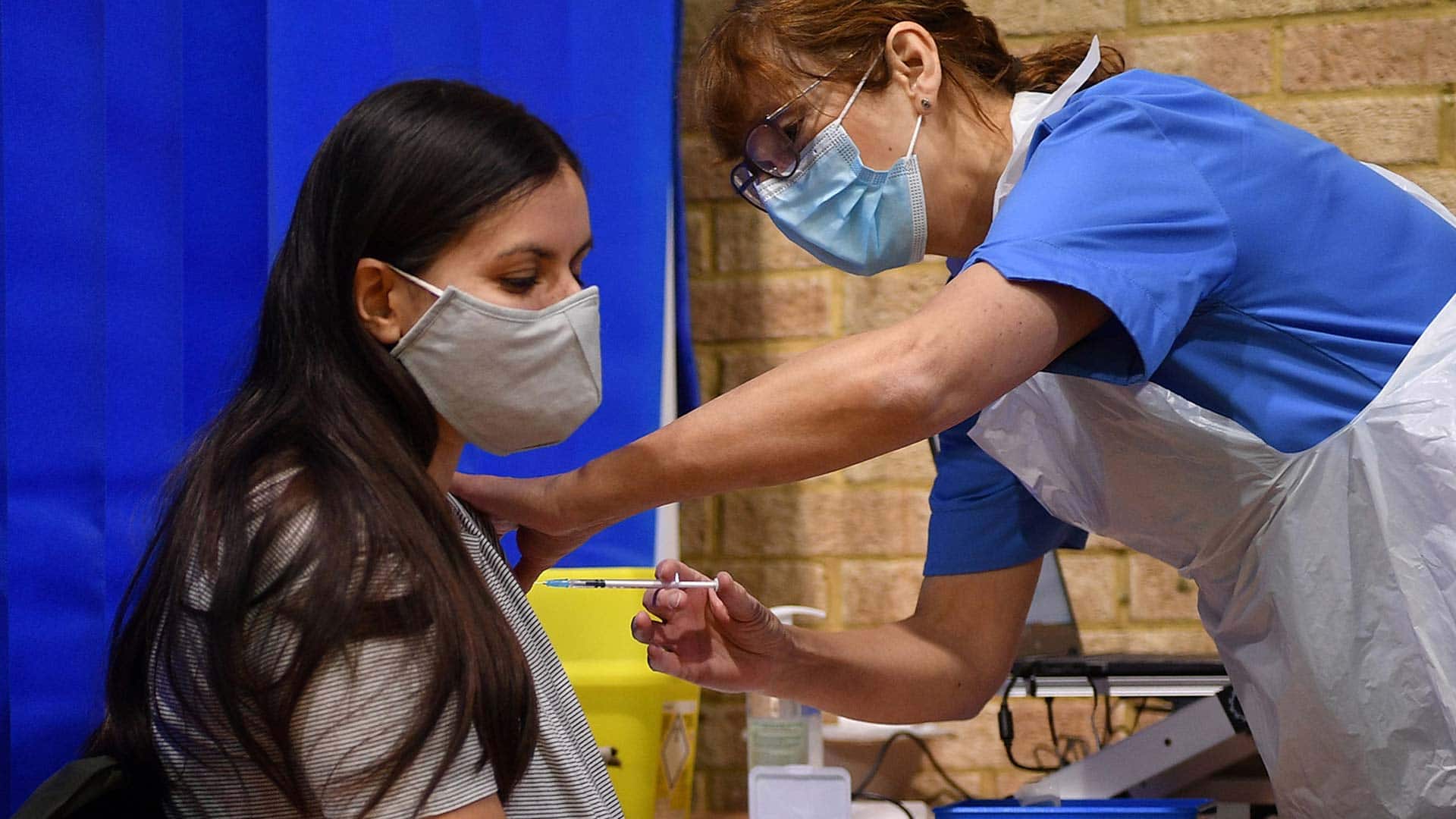 Infectious disease specialist Dr. Susy Hota answers viewer questions about the COVID-19 vaccine including whether people will be able to choose which vaccine they get and whether they can be mixed and matched. 4:21

In British Columbia, health officials reported 619 new cases of COVID-19 on Wednesday and 16 additional deaths, bringing the provincial death toll to 559. The province reported 338 people were hospitalized with COVID-19, including 75 in intensive care.

Provincial Health Officer Dr. Bonnie Henry said Wednesday that the upcoming vaccination rollout will be the “most complex and comprehensive immunization program ever delivered in B.C.”

Vaccines will save lives and ease the “immense pressure” on the province’s health-care system, she said.

Alberta reported 1,460 new cases of COVID-19 on Wednesday and 13 additional deaths, which brings the number of deaths linked to COVID-19 in the province to 653. The province reported having 685 COVID-19 patients in hospital, including 121 people in intensive care units.

The province imposed tough new restrictions earlier this week, including a mask mandate and a ban on social gatherings, in a bid to get control on rising case numbers.

In Saskatchewan, health officials reported 302 new cases of COVID-19 on Wednesday and five additional deaths, bringing the number of deaths linked to COVID-19 in the province to 71.

Manitoba health officials reported 280 new cases of COVID-19 and 18 additional deaths on Wednesday. The province — which has now seen 438 deaths since the pandemic began — reported having 300 patients in hospital with COVID-19, including 38 in intensive care.

From The Associated Press and Reuters, last updated at 12:20 p.m. ET 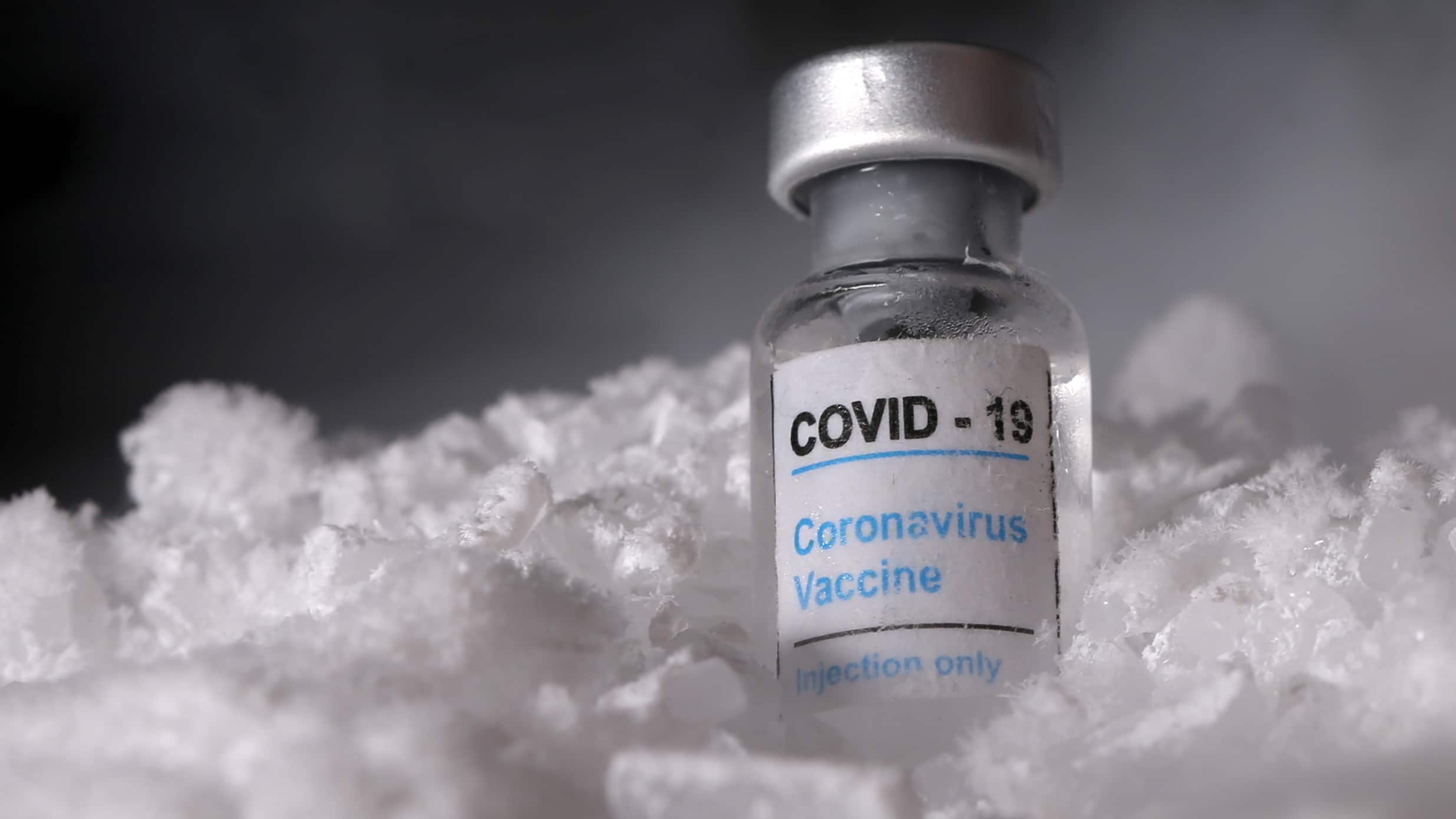 The CBC’s Susan Ormiston visits Roberts Oxygen, a U.S. company that specializes in products like dry ice, as the country prepares to receive coronavirus vaccines that need special handling.  1:16

As of early Thursday afternoon, more than 69.1 million cases of COVID-19 had been reported around the world, with more than 44.5 million of those cases considered resolved or recovered, according to Johns Hopkins. The global death toll stood at more than 1.5 million.

The Bill and Melinda Gates Foundation on Thursday pledged an additional $250 million US to support the development of low-cost and easier to deliver treatments and vaccines against COVID-19.

The Gates Foundation’s latest contribution, its largest to date, comes on top of the $70 million in funding that it added in November. This brings its total commitments to the global pandemic response to $1.75 billion, the foundation said. The contribution will also support the delivery of tests and vaccines in low- and middle-income countries.

Mkhize warned that South Africa is in a second wave that could overwhelm hospital capacities in some regions.

John Nkengasong, director of the Africa Centres for Disease Control and Prevention, said South Africa’s spike in infections highlights that a second surge in cases is beginning on the continent of 1.3 billion people.

He urged the United Nations to summon a special session to discuss the ethical, fair distribution of vaccines — calling it a “moral issue” — to avoid “this North-South distrust in respect to vaccines, which is a common good.”

In the Asia-Pacific region, the governor of South Korea’s most populous province called for mass testing for coronavirus.

Meanwhile, the number of new coronavirus infections in Japan’s capital topped 600 in a day for the first time. Experts on Tokyo’s virus task force said the surge in infections has placed an added burden on hospitals, making it difficult for many of them to carry out treatment for ordinary patients.

Tokyo reported 602 new cases Thursday, while the daily tally for the entire nation was 2,810. Japan has reported 168,573 infections since the pandemic began, with 2,465 deaths.

In Europe, Italy reported 887 coronavirus-related deaths on Thursday, a steep rise from 499 the day before, the Health Ministry said. The first Western country hit by the virus, Italy has seen 62,626 COVID-19 fatalities since its outbreak emerged in February, the second-highest toll in Europe after Britain.

England’s COVID test and trace system is making a £500 pound (roughly $845 Cdn) support payment available for people who self-isolate after receiving a notification via its app, it said on Thursday.

The money was already available for people told to self-isolate by contact tracers via phone, email or test message, but not previously through the app due to its anonymous nature. Any individual who receives a self-isolation alert in the app is now able to register their details to receive the payment, the service said.

WATCH | U.K. warns those with severe allergies to avoid COVID-19 vaccine for now: 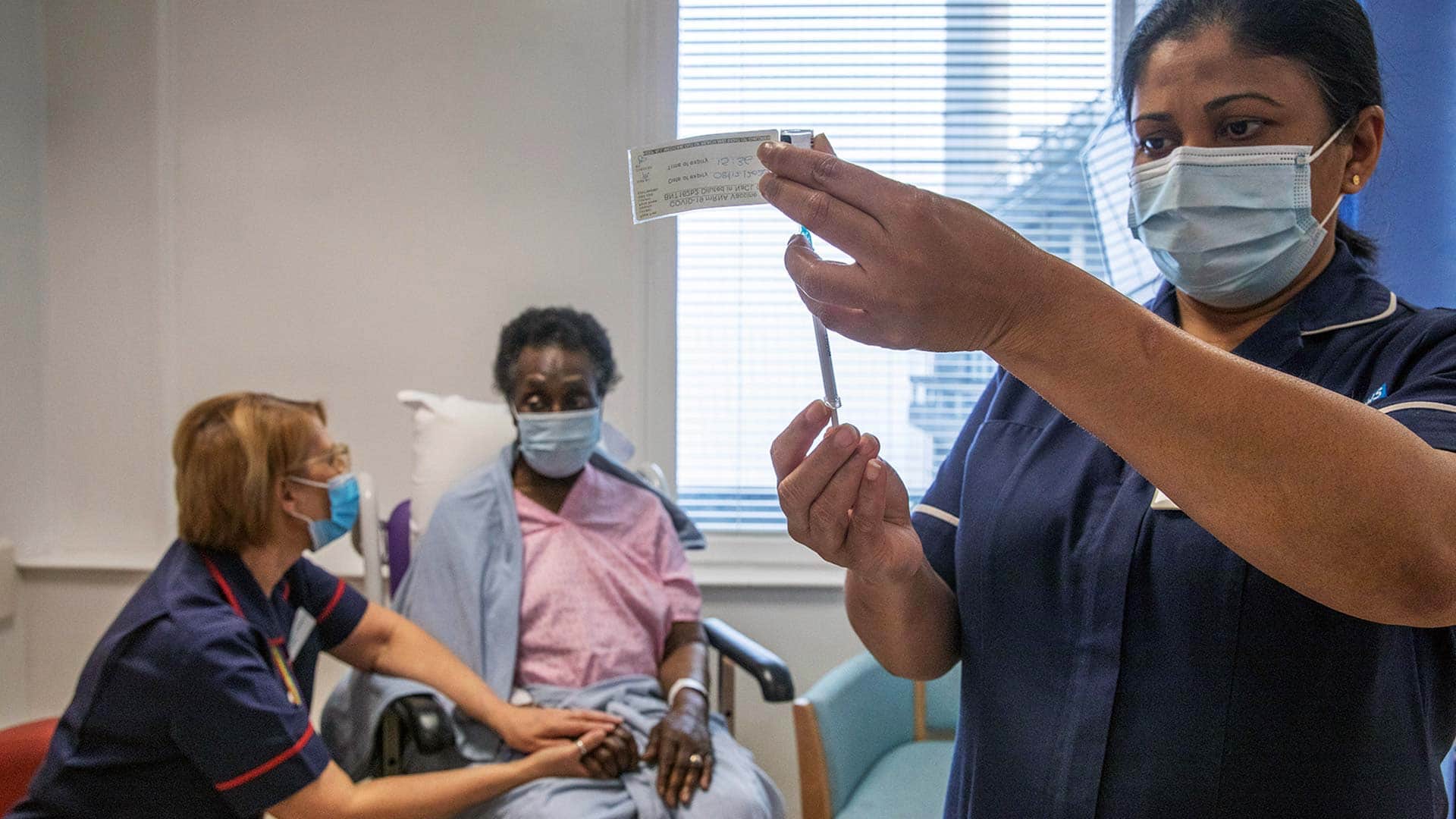 The Pfizer-BioNTech COVID-19 vaccine caused an allergic reaction in two health-care workers in the U.K. prompting warnings from health officials there for people with severe allergies to hold off taking the vaccine. 3:23

Germany has reported its highest one-day total of new coronavirus cases, while the number of deaths linked to COVID-19 has climbed above 20,000.

The national disease control centre, the Robert Koch Institute, said Thursday that 23,679 new cases were confirmed over the previous 24 hours. That’s just above the previous record of 23,648 from Nov. 20.

A partial shutdown that started Nov. 2 has succeeded in keeping the surge from picking up speed, but the number of daily new cases has remained around the same high level in recent weeks rather than falling. Momentum is building for a harder lockdown over Christmas and New Year’s, and some regions already are introducing new restrictions.

That’s partly because deaths, which have been relatively low in Germany compared with several other European countries, have increased markedly. Another 440 deaths were reported on Thursday, following a single-day record of 590 on Wednesday. That brought the total so far to 20,372. Germany has reported some 1.24 million coronavirus cases since the pandemic began.

In the Americas, Brazil’s health regulator Anvisa decided on Thursday to allow temporary emergency use authorizations for COVID-19 vaccines and set rules for companies to apply for the option that did not exist in the country now facing the world’s third worst coronavirus outbreak.

The decision will potentially allow emergency use of vaccines that are being tested in Brazil by AstraZeneca, Pfizer Inc, Johnson & Johnson’s pharmaceutical subsidiary Janssen and China’s Sinovac Biotech.

In the U.S., the usually stoic health director of Los Angeles County became emotional while describing “a devastating increase in deaths,” with the total hitting 8,075. Barbara Ferrer said Wednesday that this week the county recorded an average of 43 daily deaths — up from about 12 a day in mid-November.

Ferrer fought back tears as she called the deaths “an incalculable loss to their friends and their family and the community.”

Hospitals in Los Angeles are dealing with a surge in COVID-19 patients, with new admissions running near 500 a day. Officials anticipate that number will increase to 700 a day by next week.

In the Middle East, Israel received its first shipment of coronavirus vaccines on Wednesday and a distributor predicted the country would have enough for about a quarter of the population by the end of the year.

Abu Dhabi, meanwhile, said it will resume economic, tourist and entertainment activity within two weeks, while Oman said it will exempt nationals of 103 counties from needing an entry visa for a stay of up to 10 days.