You Are Here Home Health News Coronavirus: What’s happening in Canada and around the world Wednesday

British Health Secretary Matt Hancock says scientists have identified another new variant of the coronavirus in two people, both of whom are contacts of recent arrivals from South Africa.

Hancock told a press briefing that anyone who has been in South Africa in the past two weeks, together with their close contacts, have to quarantine themselves “immediately.”

Hancock said the evidence gathered so far suggests that the new variant has “mutated further” than the one that recently prompted the British government to tighten restrictions across large parts of England and led to many countries imposing travel bans on the U.K.

The health secretary also announced that more areas in England would be placed into the highest tier of coronavirus restrictions in a bid to curb the spread of a more transmissible variant of COVID-19.

Hancock said from Dec. 26, large regions across southern England would join London and neighbouring areas in Tier 4 with restrictions similar to that of a lockdown.

What’s happening in the U.S. 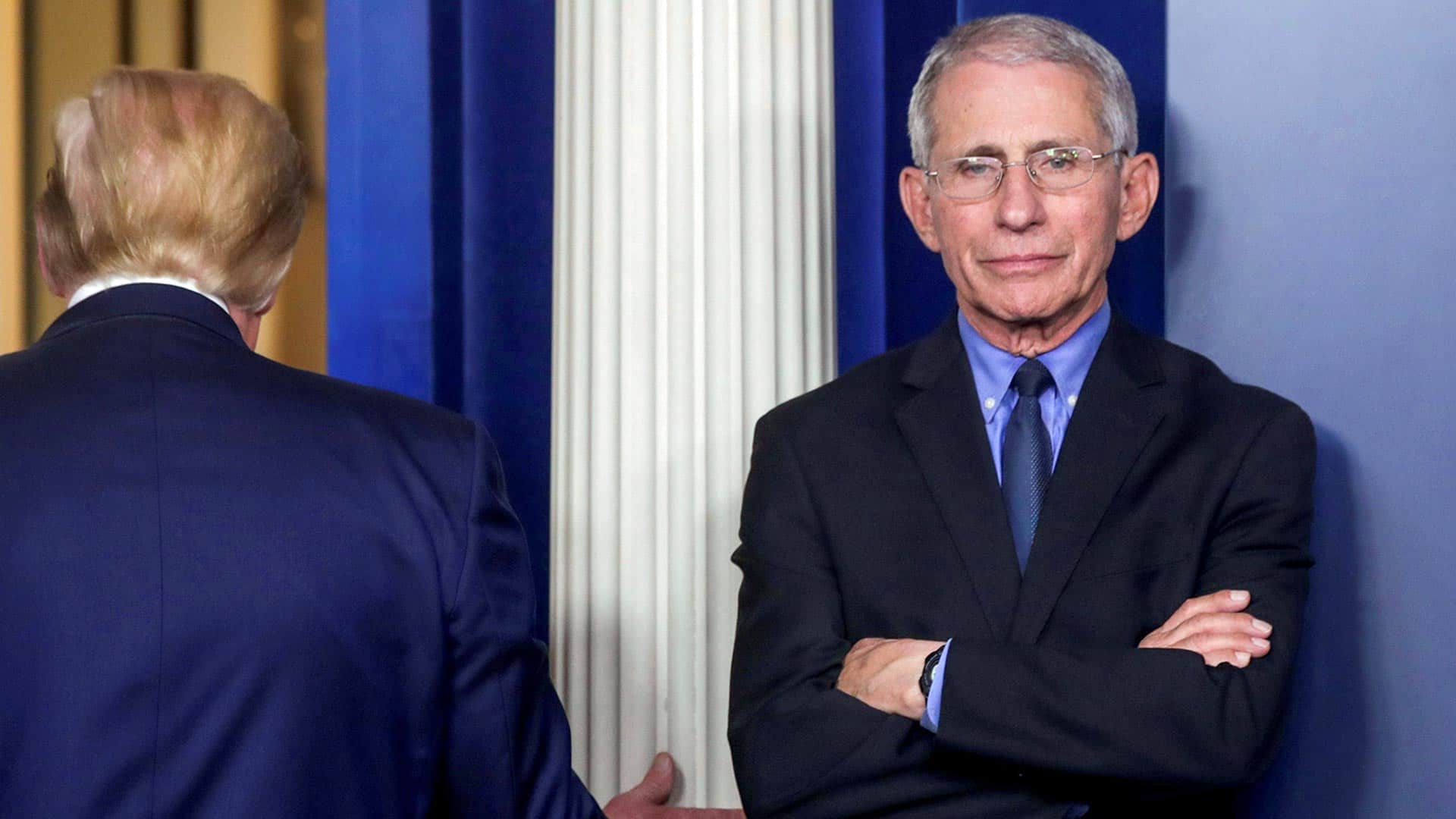 Dr. Anthony Fauci, the top infectious disease expert in the U.S, talks to National co-host Andrew Chang about getting people to take COVID-19 vaccines, the new coronavirus variant, and why travel over the holidays could result in a ‘pretty dark January’ for the country. 7:48

Trump assailed the bipartisan $900-billion US package in a video he tweeted out Tuesday night and suggested he may not sign the legislation. He called on lawmakers to increase direct payments for most Americans from $600 to $2,000 for individuals and $4,000 for couples.

Railing against a range of provisions in the bill, including for foreign aid, he told lawmakers to “get rid of the wasteful and unnecessary items from this legislation and to send me a suitable bill.”

Trump did not specifically vow to veto the bill, and there may be enough support for the legislation in Congress to override him if he does.

But if Trump were to upend the sprawling legislation, the consequences would be severe, including no federal aid to struggling Americans and small businesses, and no additional resources to help with vaccine distribution.

In addition, because lawmakers linked the pandemic relief bill to an overarching funding measure, the government would shut down on Dec. 29.

The relief package was part of a hard-fought compromise bill that includes $1.4 trillion to fund government agencies through September and contains other end-of-session priorities such as money for cash-starved transit systems, an increase in food stamp benefits and about $4 billion to help other nations provide a COVID-19 vaccine for their people.

Lawmakers spent months in a stalemate over pandemic relief funds, even as COVID-19 cases soared across the country. Democrats had pushed for higher payments to Americans, but compromised with Republicans to allow a deal to proceed.

“At last, the President has agreed to $2,000. Democrats are ready to bring this to the Floor this week by unanimous consent. Let’s do it!,” Pelosi said in a tweet. An aide said she would put the proposal forward Thursday for a vote.

Republicans have been reluctant to spend more on pandemic relief and only agreed to the big year-end package as time dwindled for a final deal.

Sen. Chuck Schumer, the Senate Democratic leader, said “Trump needs to sign the bill to help people and keep the government open,” and Congress would step up for more aid after.

Trump’s call for changes to the legislation will test his sway with a Republican Party he has held tight control of throughout his presidency.

Several Senate Republicans, including Majority Leader Mitch McConnell, have begun to gingerly break with Trump and acknowledge his defeat to president-elect Joe Biden, a step Trump has refused to take. McConnell has also warned Republicans against disputing the election on Jan. 6, when Congress must formally affirm the results.

Pfizer and BioNTech, meanwhile, said they will supply the U.S. with an additional 100 million doses of the COVID-19 vaccine under a new agreement. The drugmakers said Wednesday that they expect to deliver all the doses by July 31.

Pfizer already has a contract to supply the government with 100 million doses of its vaccine.

The company’s vaccine was the first to gain approval from the Food and Drug Administration and initial shipments went to states last week. It has now been joined by a vaccine from Moderna, which was developed in closer co-operation with scientists from the National Institutes of Health.

WATCH | Food banks struggle to do more with less during the holidays: 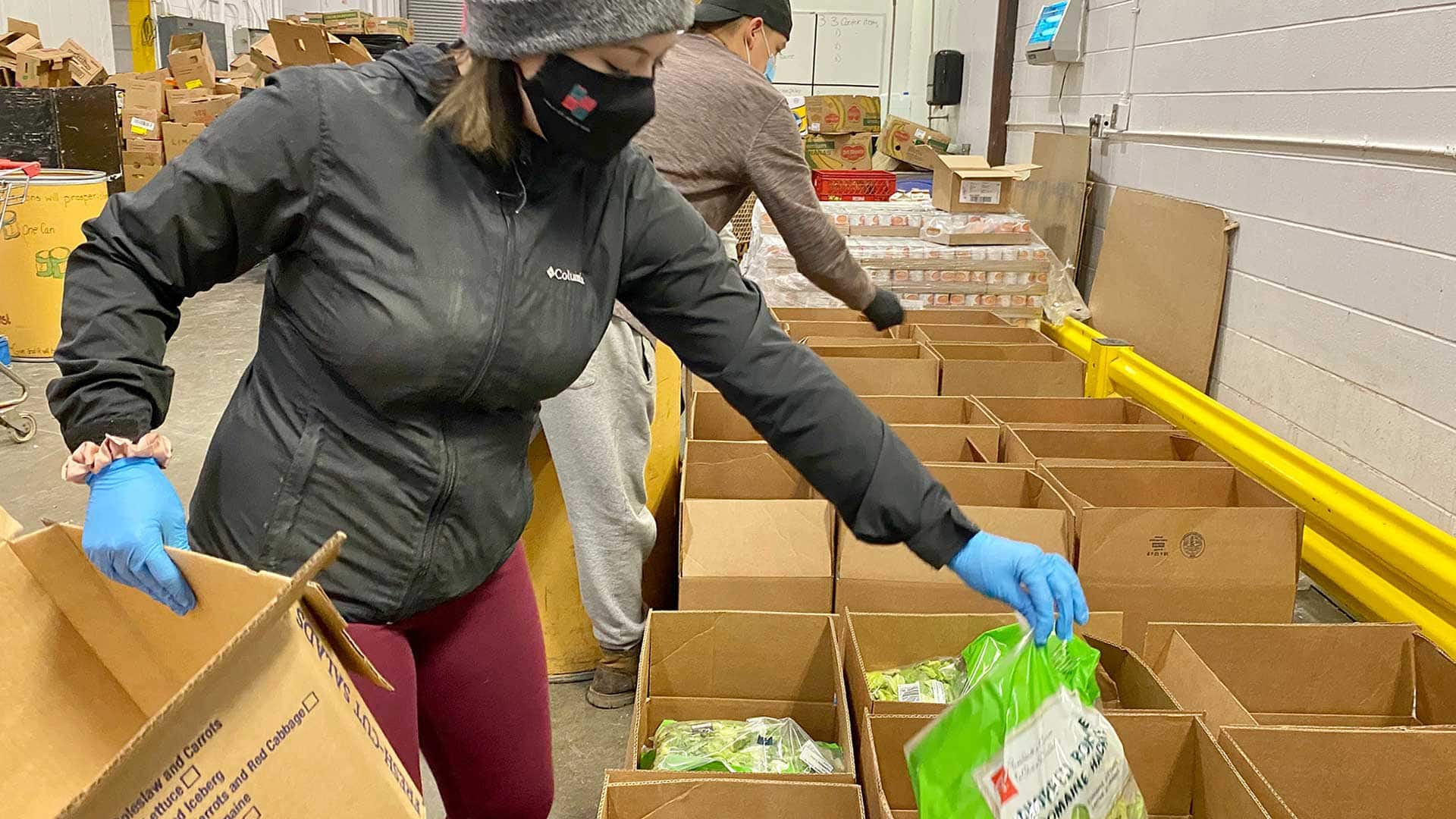 Food banks across Canada are struggling to meet increased demand because of the pandemic at the same time as donations are down and there are fewer volunteers. 2:00

Health Canada said Wednesday the COVID-19 vaccine from U.S. biotech firm Moderna is safe for use in Canada. The vaccine is the second to be greenlit in Canada, following the Pfizer-BioNTech vaccine earlier this month.

Moderna anticipates shipments to Canada can start within the next 48 hours.

Ontario on Wednesday reported 2,408 new cases, its second-highest single-day tally, and 41 new deaths. There were 1,002 people hospitalized due to COVID-19, including a record 275 in intensive care.

The entire province will be moving into lockdown after midnight on Dec. 26.

Hard-hit Quebec on Wednesday reported 2,247 new cases of COVID-19, another daily high. Hospitalizations stood at 1,067, with 142 patients in Quebec’s intensive care units, according to provincial data.

As of early Wednesday afternoon, more than 78.2 million cases of COVID-19 had been reported worldwide with more than 44.1 million of those cases considered recovered or resolved, according to a Johns Hopkins University tracking tool. The global death toll stood at more than 1.7 million.

In the Americas, Peru has passed one million confirmed cases of coronavirus infection. It is the fifth nation in Latin America to report that number as the region struggles with the pandemic’s economic and health effects.

Peru’s government was quick to declare lockdown measures for its 32 million people last March as the pandemic spread in Europe. But in spite of closing its airports for almost six months and ordering most of its residents to stay at home it has struggled to contain the virus. Officials said they had recorded 1,000,153 cases as of Tuesday evening.

More than 37,000 people have died from COVID-19 in Peru. That gives the Andean nation the world’s second highest per capita death toll from the pandemic, according to data compiled by Johns Hopkins University.

A DHL flight touched down at Mexico City’s international airport and ground crew unloaded the first batches of ultra-cold vaccines produced by Pfizer and its German partner, BioNTech.

The first vaccines were due to be given to health workers in Mexico City and the northern city of Saltillo starting on Thursday. Officials didn’t say how many doses were in the first shipment, which was meant to test logistics procedures.

Shipments of the Pfizer vaccine are scheduled to arrive in some other Latin American nations this week and vaccine candidates from other producers have already arrived in some other nations pending formal approval by their health authorities.

Mexico expects to receive 1.4 million doses of the Pflizer-BioNTech product by the end of January.

The eastern state of Saxony has seen the highest infection rates and overloaded hospitals have begun transferring patients to other regions. Figures show Saxony had over 414 cases per 100,000 inhabitants, more than twice as high as the national average.

In an effort to curb the spread, the German government last week shut most stores, tightened the rules on social contacts and urged people to think twice about travelling to see relatives over Christmas.

For those who do travel, authorities recommended self-isolating for a week first and then obtaining a COVID-19 test before getting on trains, planes and autobahns to visit relatives during the festive period.

In the Middle East, Israel’s Health Ministry said it has detected the country’s first known cases of the new variant of the coronavirus. The ministry announced Wednesday that it found the variant in three people who are in government-run quarantine hotels after returning from the U.K. The source of a fourth case is still under investigation.

Israel this week tightened its restrictions on entering the country, barring nearly all foreigners and requiring all returning Israelis to isolate in state-run hotels for 10 to 14 days. Flights from the U.K., Denmark and South Africa have been banned altogether.

Prime Minister Benjamin Netanyahu said the country is pressing ahead with a vaccination campaign it kicked off this week, while also weighing further lockdown restrictions.

The United Arab Emirates’ highest Islamic authority, the U.A.E. Fatwa Council, has ruled that coronavirus vaccines are permissible for Muslims even if they contain pork gelatin.

The ruling follows growing alarm that the use of pork gelatin, a common vaccine ingredient, may hamper vaccination among Muslims who consider the consumption of pork products “haram,” or forbidden under Islamic law.

If there are no alternatives, Council Chairman Sheikh Abdallah bin Bayyah said the coronavirus vaccines would not be subject to Islam’s restrictions on pork because of the higher need to “protect the human body.” The council added that in this case, the pork gelatin is considered medicine, not food, with multiple vaccines already shown to be effective against a highly contagious virus that “poses a risk to the entire society.”

In the Asia-Pacific region, South Korea has added 1,092 new coronavirus cases in a resurgence that is erasing hard-won epidemiological gains and eroding public confidence in the government’s ability to handle the outbreak.

The national caseload has jumped by a quarter in the last two weeks alone, the death toll is rising and the number of sick patients is raising concerns of a shortage in intensive care beds.

South Korea had been seen as a success story against COVID-19 after health workers managed to contain a major outbreak in its southeastern region in the spring. But critics say the country gambled on its own success by easing social distancing restrictions to help the economy.

In Africa, Egypt reported its highest daily confirmed cases in months, with over 911 confined cases and 42 fatalities, as authorities said New Year’s Eve celebrations would be cancelled.

Health Minister Hala Zayed announced the numbers in a news conference in Cairo on Wednesday, which brought the county’s official tally to more than 127,970 COVID-19 cases including at least 7,209 deaths.

Kenya’s parliament voted to end tax cuts put in place in April to cushion the economy from the impact of the pandemic.