You Are Here Home Health News Coroner’s report on B.C. heat-dome deaths calls for greater support for populations at risk 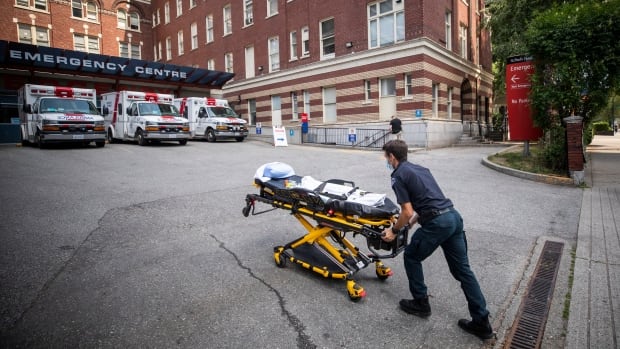 The report also highlighted a lag between the issuing of heat alerts by Environment Canada and the public response.

Temperatures surpassed 40 C for days during the heat dome, when most of those who died included elderly and vulnerable people living in buildings without air conditioning.

Chief coroner Lisa Lapointe and Dr. Jatinder Baidwan, chief medical officer of the B.C. Coroners Service, are expected to speak about the report at a news conference Tuesday at 10 a.m. PT.

The review, entitled Extreme Heat and Human Mortality: A Review of Heat-Related Deaths in B.C. in Summer 2021, investigated the more than 800 deaths that were reported in the province from June 25 to July 1, 2021.

It found that 619 were heat-related.

Two-thirds of those heat-related deaths were among people aged 70 and older, while more than 80 per cent of those who died were on three or more chronic disease registries, according to the report.

Fifty-six per cent of those who died lived alone, while almost every death — 98 per cent — occurred indoors.

“Most of the deceased were older adults with compromised health due to multiple chronic diseases and
who lived alone,” the report said.

Most who died were in homes without adequate cooling systems, such as air conditioners or fans, the report added, and “more decedents lived in socially or materially deprived neighbourhoods than the general population.”

The report calls for the identification and support of vulnerable populations, and strategies to address longer-term risk.

It also identified the need for a co-ordinated heat alert response system like the one announced by the province on Monday.

“There will be much more notification, much more in the media and much more communication with local governments,” Farnworth said Monday.