You Are Here Home Health News ‘Died of a broken heart’: Can it really happen? 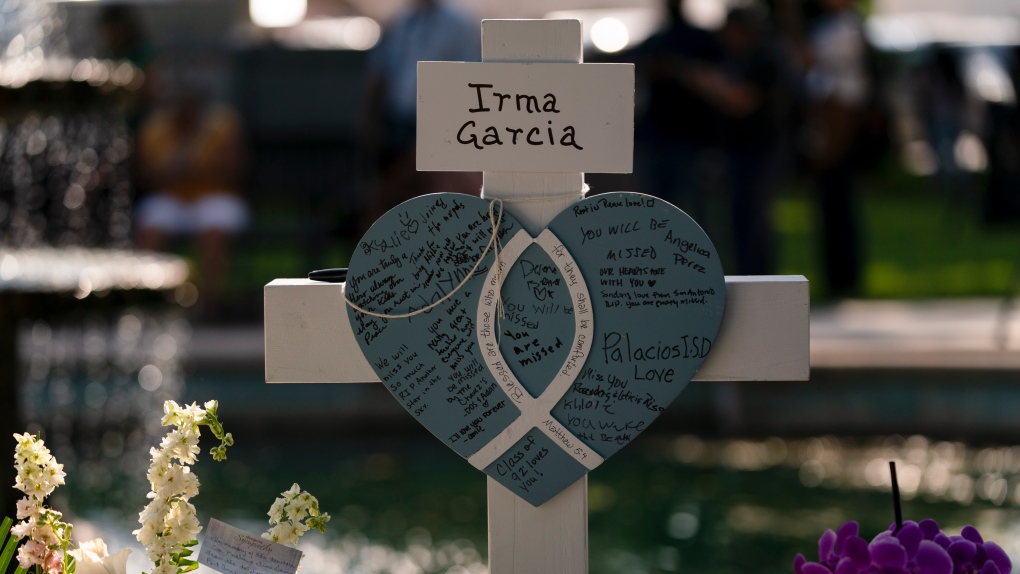 Joe Garcia, whose wife Irma Garcia was among the 21 people killed in the Texas school shooting this week, died minutes after returning home from a memorial, in what the family has described as a broken heart.

“I truly believe Joe died of a broken heart and losing the love of his life of more than 25 years was too much to bear,” Debra Austin, Irma’s cousin, wrote in a post for a GoFundMe campaign for the family.

While Joe Garcia’s death has been described as a heart attack by family members on social media, Takotsubo cardiomyopathy, more commonly known as “broken heart syndrome” or stress-induced cardiomyopathy, is actually different. Sometimes called apical ballooning syndrome, it is an actual medical condition triggered by severe emotional or physical stress, according to Harvard Medical School, John Hopkins Medicine, and the American Heart Association.

Severe stress can be triggered by a sudden or serious illness, surgery, or major accident, the unexpected death of a loved one, extreme anger or fear, financial loss, a sudden surprise, or other intense emotional or physical experiences.

Researchers have looked at the way grief and stress can manifest itself in physical ways, including an increased risk of mortality, hair loss, skin problems, and sleep issues. One recent study out of Germany suggests that happy and joyful life events can also trigger the syndrome.

While the exact cause is not fully clear, experts believe that surging stress hormones can overwhelm the heart muscle, triggering a change in the cardiac cells and blood vessels that disrupts the heart function, inhibiting the left ventricle from pumping efficiently and effectively. The left ventricle is the thickest and hardest working of the four chambers in the heart, and responsible for getting oxygenated blood to the entire body.

“The most common abnormality in takotsubo cardiomyopathy — the one that gives the disorder its name — is ballooning of the lower part of the left ventricle. During contraction, this bulging ventricle resembles a tako-tsubo, a pot used by Japanese fishermen to trap octopuses,” according to Harvard.

Data suggests that it is more common among women than men, particularly after menopause.

WHAT ARE THE SYMPTOMS?

The most common symptoms are intense chest pain and shortness of breath. Sweating and dizziness can also be present. Symptoms are overall similar to those of a heart attack and imaging studies and other diagnostic measures are required to distinguish the cause. Unlike a heart attack, Takotsubo cardiomyopathy is not caused by blocked coronary arteries. Instead, tests will show abnormal changes to the left ventricle and the ballooning effect that gives the condition its name.

It can be life threatening and in some instances can result in congestive heart failure, low blood pressure, and other potentially life-threatening heart rhythm abnormalities.

CAN IT BE TREATED?

The condition is not always fatal and most abnormalities usually clear up within days or a few weeks. In some cases, patients can exhibit ongoing heart issues. There is no typical treatment but heart failure medications like beta blockers, ACE inhibitors, and diuretics are often prescribed. Beta blockers can help reduce the impact of stress hormones like adrenaline. Reducing stress can also help.