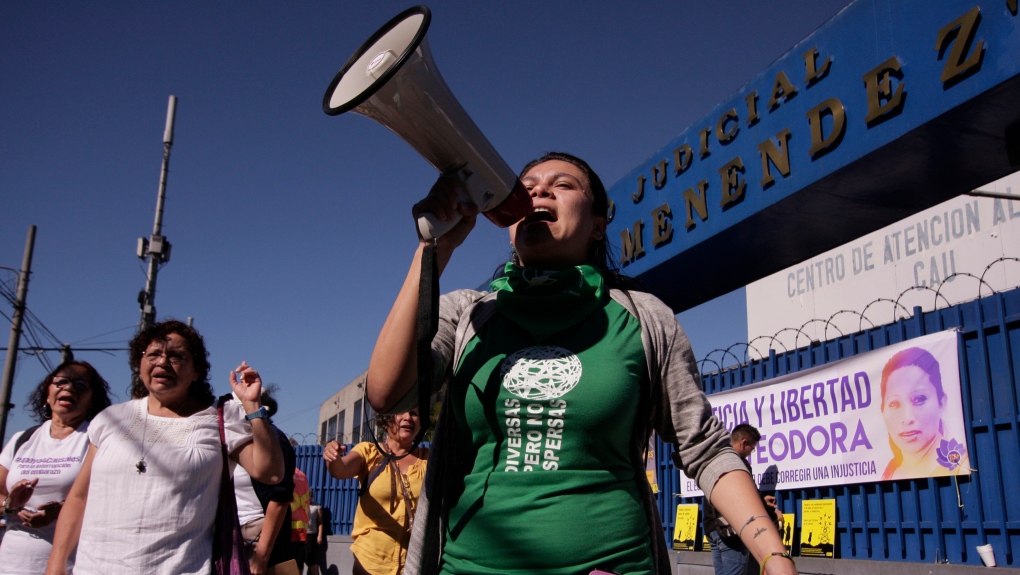 A court in El Salvador jailed a woman for 30 years on Monday for killing her unborn baby daughter even though she had been suffering what she said was an obstetric emergency, an organization dedicated to decriminalizing abortion said.

The woman, a mother of a 7-year-old girl, had a health emergency during her pregnancy in 2019 and sought assistance in a public hospital, but was denounced and detained, according to the Citizen Group for the Decriminalization of Abortion.

Neither the Salvadoran attorney general’s office, nor the communications office of the country’s judicial authority immediately responded to a request for comment from Reuters.

A judge convicted the 28-year-old housewife, identified only as “Esme” for security reasons, after she was held in pre-trial detention for two years. It was the first case of its kind in the past seven years, the citizen group said.

“(The ruling) is a hard blow for the road to overcome the criminalization of obstetric emergencies that, as the Inter-American Court of Human Rights has already pointed out, must be treated as public health problems,” Morena Herrera, president of the group, said in a statement.

The woman’s lawyers said in a statement they would appeal against the decision and noted this was the first conviction of its kind under the administration of President Nayib Bukele.

Over the last 20 years, El Salvador, which has banned abortion under all circumstances, including cases of rape and when the woman’s health is in danger, has criminally prosecuted some 181 women who suffered obstetric emergencies, according to the abortion rights group.

The Inter-American Court of Human Rights ruled in November that El Salvador had violated the rights of a woman identified as Manuela who was sent to prison for breaching the abortion laws and died while serving her 30-year sentence.