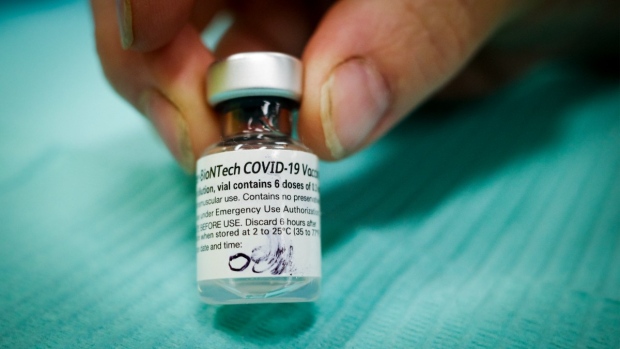 With more provinces rolling back their pandemic restrictions, including vaccine mandates, the legal case to compensate employees dismissed because of vaccine policies could become stronger, one lawyer says.

Alex Lucifero, an Ottawa-based employment lawyer with Samfiru Tumarkin LLP, said when it comes to reinstating employees on unpaid leave, some may be recalled while others, particularly those who are non-unionized, don’t have much chance of returning to work.

“The only recourse that those employees would have would be one of severance,” he said.

As provinces continue to ease restrictions and loosen mandates, he says he believes the argument to owe employees severance will become stronger.

“What that means is that those employers took on a degree of risk and liability when they let these employees go,” he said. “They should have expected that they would have owed these employees severance.”

Samfiru Tumarkin reported receiving thousands of questions in recent months about vaccine mandates as many people were let go or placed on unpaid leave for not being vaccinated against COVID-19.

Lawyers who spoke to CTVNews.ca last month said wrongful dismissal claims, as they relate to vaccine mandates, would likely favour the employee given current legal precedent.

While it is within an employer’s right to let someone go, he said that is the case as long as an employee is properly compensated, which can depend on factors such age, years of service and position. An employee could potentially receive up to 24 months of severance, depending on their years of service.

But Lucifero said severance packages often fall short of what an employee is owed.

Although a number of mixed rulings have been rendered through labour arbitration, Lucifero said it’s too early to tell how the situation will play out in court.

“I think the legal principles are strong in the sense that these employees will ultimately be successful in being owed severance, that is effectively what a wrongful dismissal claim is ultimately about,” he said.

“It’s simply about the correct amount of severance being paid to these employees. Those cases are working their way through the court system and it will likely be several months until a decision is actually reported.”