That doubles the number of doses the country has locked in from the U.S. pharmaceutical giant and brings the total number scheduled to arrive this year from two approved vaccine makers to 80 million — enough to vaccinate the entire Canadian population according to the required two-dose regimen.

“From our agreements with Pfizer and Moderna alone … we are on track to have every Canadian who wants a vaccine receive one by September,” Trudeau said at a press conference outside Rideau Cottage.

“We’re going to continue working to see if we can get a few more doses, because all Canadians want this to move forward as quickly as possible.”

Trudeau’s announcement comes days after Procurement Minister Anita Anand said the federal government had chosen not to exercise its option to buy up to 16 million more doses of Moderna’s COVID-19 vaccine. At a separate news conference, Anand said she chose not to purchase those remaining doses because Moderna couldn’t guarantee delivery before September.

As of Monday night, more than 380,000 doses of COVID-19 vaccine had been administered in Canada out of 548,000 doses distributed to provinces and territories, according to a tally by CBC News.

The federal government has come under enormous pressure to speed up the delivery of vaccines as Canada experiences a post-holiday surge in cases and deaths, and as fears rise about the spread of a coronavirus strain first identified in the U.K. that is more transmissible than other variants.

Several provinces are warning that they are administering doses faster than they are being delivered. Premier Jason Kenney of Alberta said Monday that Alberta could exhaust its vaccine supply as early as next week, while B.C.’s Provincial Health Officer Dr. Bonnie Henry said the province would run out by the end of yesterday ahead of an expected Thursday delivery.

The federal government published a delivery schedule this week that includes shipment dates and the number of doses expected to be delivered to the provinces and territories until the end of February.

“We’re continuing to work with various vaccine companies to accelerate, to move forward, to get more doses for Canadians as quickly as possible,” Trudeau said. “Right now, we’ve been able to give very clear direction and information to the provinces on how many vaccine doses they’ll be receiving every week between now and the end of February, which allows them to plan and manage their rollout processes.” 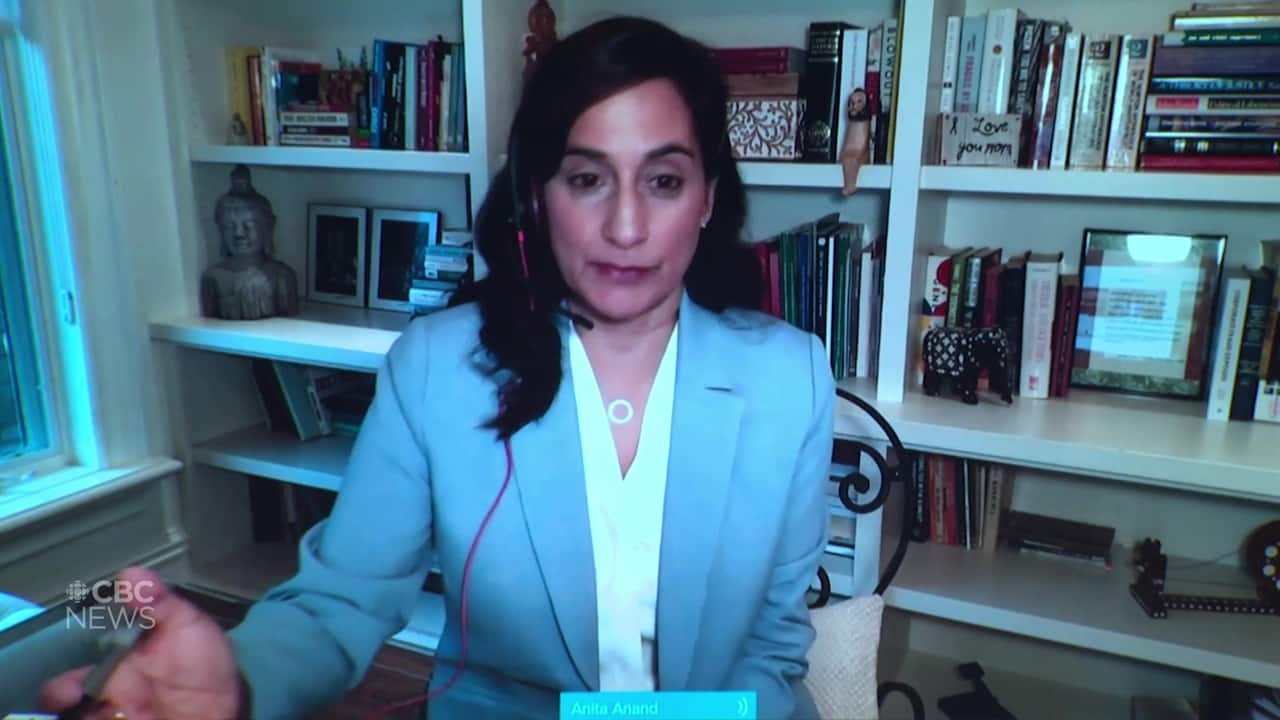 Anand said negotiations with Pfizer have led the manufacturer to move up the delivery of two million doses originally scheduled the third quarter to the second quarter.

“This is the work of my department and me every single day — that is, to accelerate deliveries of vaccines into this country,” Anand said. “Once we enter the second and third quarters, Canadians will see a dramatic acceleration in the pace of scheduled vaccine deliveries.”

Anand said she estimates roughly 20 million doses from Pfizer-BioNTech and Moderna will arrive between April and June — enough to vaccinate 10 million people. Her office says Canada could vaccinate as many as 20 million people by June if Health Canada approves two other vaccine candidates currently under review from AstraZeneca-Oxford and Janssen Inc., a subsidiary of Johnson & Johnson.

Separately today, the National Advisory Committee on Immunization (NACI) concluded the second doses of both the Pfizer-BioNTech and Moderna COVID-19 vaccines should be given no more than six weeks after the first.

NACI came to this conclusion after reviewing clinical trial data and taking into account the epidemiological situation in several provinces, Quach said.

This decision could prompt provinces to reconsider their approaches to the vaccination campaign, as some provinces have been holding back doses to make sure they have enough supply to provide follow-up doses.

There’s a growing consensus among experts that offering the COVID-19 vaccine to as many people as possible may be more beneficial than holding back supplies to give recipients their second dose — especially in light of the fact that there is more certainty around the delivery schedule.