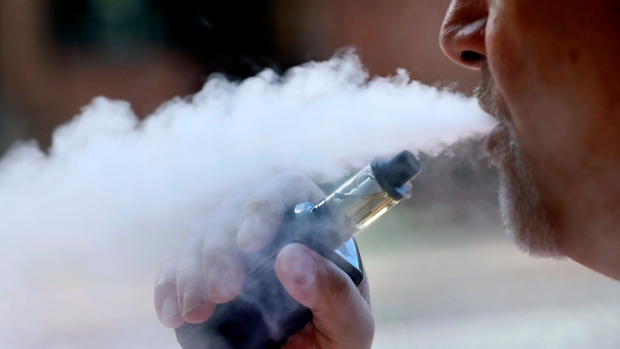 OTTAWA — The federal government says it wants to reduce the amount of nicotine allowed in vaping products as part of greater efforts to curb their appeal to young Canadians.

The new rules would forbid the sale of any vaping product if the nicotine concentration listed on the packaging is higher than the new limit.

“Our work to protect Canadians from the harms of vaping products continues,” federal Health Minister Patty Hajdu said in a statement announcing the move.

“These changes will help reduce the appeal of vaping products to youth.”

The department is launching a 75-day public consultation Saturday on the proposed new regulations, seeking feedback from all Canadians. The consultation will end March 4.

The government says it is also thinking about added regulatory measures that would restrict flavours in vaping products, and make the industry give more information about their products, including details on sales, ingredients and research and development.

The Canadian Cancer Society welcomed the move, saying British Columbia, Nova Scotia and the European Union have already limited nicotine concentration on vaping products to 20 mg/ml, while Quebec has announced its intention to do so. Meanwhile, some products currently sold here contain nearly triple that amount.

“The high rate of youth vaping is of fundamental concern and provides the necessary rationale for the new regulations,” Rob Cunningham, a senior policy analyst with the Canadian Cancer Society, said in a statement Friday.

“High nicotine levels have contributed to a new generation of young people becoming addicted to nicotine through e-cigarettes,” he said.

The Heart and Stroke Foundation of Canada echoed that message and pushed for more.

“We also urge Health Canada to move quickly on other important measures to address the youth vaping crisis including comprehensively restricting flavours and increasing taxation,” said Dr. Andrew Pipe, chair of the board.

“Considering the disparity of harm between vaping and smoking, we don’t understand why the federal government would be using Health Canada resources during a global pandemic to explore making it harder for adult smokers to switch to a reduced risk product,” Daniel David, president of VITA of Canada, said in a statement Friday.

Anne Kothawala, president and CEO of the Convenience Industry Council of Canada, made a similar argument, adding the government’s proposal to have the rules come into force 15 days after the final version is published is too short a timeline.

“Previous implementation timelines have been months long – not days – which allow convenience stores to become compliant,” she said in a statement.

“This will impose significant costs on our industry at a time when businesses are struggling with both the economic and health impacts of COVID-19.”

This report by The Canadian Press was first published Dec. 18, 2020.