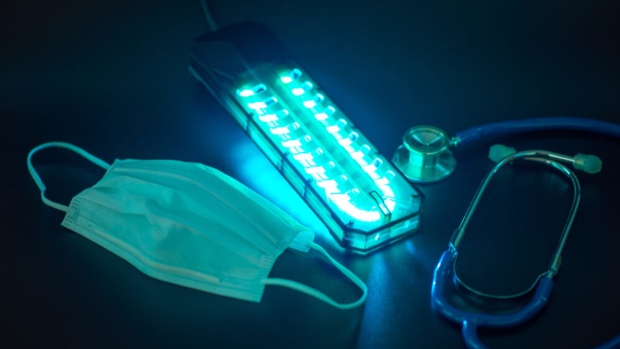 OTTAWA — Health Minister Patty Hajdu says most companies selling UV wands and lights promising to kill viruses will now have to apply to have their products approved by Health Canada and stop claiming they can destroy COVID-19.

Hajdu’ signed an interim order Monday that will regulate the devices for the first time.

“To date, Health Canada has not yet received sufficient evidence to demonstrate that they can be used safely or that they work as claimed,” said a explanatory note released Tuesday when the order was publicized.

UV light is well-known to kill anything that has DNA or RNA, including human cells, viruses, fungi and bacteria. It has been used in hospitals and commercial ventilation systems for years but products for consumer use are more recent.

Since the COVID-19 pandemic began, the marketplace exploded with consumer devices claiming to kill viruses with UV light or ozone, prompting safety warnings from Health Canada and other international health bodies, including the World Health Organization.

Health Canada said one retail site alone — which it didn’t name — had more than 2,000 cellphone sanitizers and another 500 devices using UV light to clean toys.

The devices have been linked to severe eye injuries, including burns to the cornea in the United States. Health Canada hasn’t said if any injury reports have been made in Canada. The devices can also cause serious burns to skin and skin cancer without proper safety in place.

Manufacturers are being given 30 days to apply to have their products authorized under the Pest Control Products Act or take them off the market. They will have to meet certain standards to be approved, and submit data that shows the device is safe and effective.

“The Minister of Health believes that immediate action is required to deal with a significant risk, direct or indirect, to health, safety or the environment,” reads the order.

Devices are exempt from the order if they meet electrical standards, have a fully enclosed UV light, and are equipped with locking and auto-shut off mechanisms to avoid accidental human exposure to the light.

Exempt devices also cannot claim to prevent, treat or mitigate any disease, with claims limited only to “supplemental sanitization.”

Many devices claim to clean “99.9 per cent of viruses” in just minutes but University of Waterloo chemical engineer Bill Anderson said those claims are hard to prove.

“If you look online, you’ll see all sorts of claims about how well it works against various things, which is fine, but when it comes to UV, you can’t really just say that it kills 99 per cent of this, and leave it at that,” he said.

Effectiveness depends on how long the exposure is, how close the light comes to the item and the power of the lamp itself.

Anderson said the wand devices in particular are dangerous because there is no protection from the light, and are really hard to use in a way that makes them effective.

“To actually get the disinfection that they’re claiming you can get, you would have to hold the device within a few centimetres of the surface that you’re disinfecting and move it in a very painfully slow way,” he said.

He said it could take several minutes to disinfect a single sheet of paper.

“Most people don’t have the patience and probably not the arm strength to hold it that steadily and slowly,” he said. “And so although they may claim (it works) under their conditions, which might be quite correct, the fact that it’s very difficult for a consumer to actually use it that way also renders it basically useless.”

Health Canada advises people to stop using the devices altogether, especially if the product is designed for use on the skin.

This report by The Canadian Press was first published June 8, 2021.