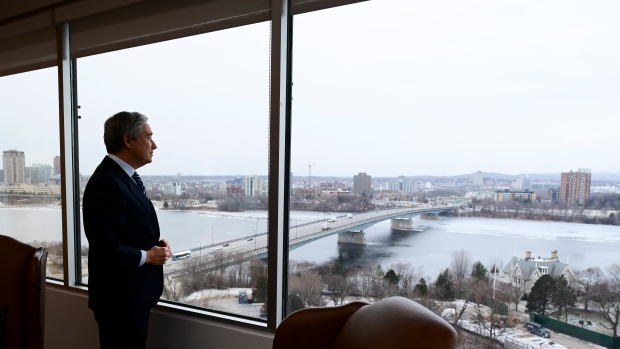 TORONTO — On the heels of his Wednesday announcement regarding the federal government’s support for a new influenza vaccine manufacturing facility in Toronto, Industry Minister Francois-Philippe Champagne says he has plans to further improve the country’s domestic biomanufacturing capacity.

The federal government will spend $415 million, in partnership with Sanofi Pasteur Ltd. and the Ontario government, to build the vaccine facility by 2027.

According to Champagne, the Toronto facility will be able to produce 76 million vaccine doses for influenza within six months of the World Health Organization declaring a pandemic, which will be enough to vaccinate the Canadian population and export any extra doses to other countries.

Champagne said his plans to rebuild the country’s biomanufacturing sector go beyond investing in one vaccine manufacturing facility.

The minister said the COVID-19 pandemic exposed biomanufacturing vulnerabilities for a number of G7 countries, including Canada.

“We all felt that we were not resilient enough,” he said. “So one of the missions, we said, first with respect to COVID, we invested about $1 billion to beef up our domestic manufacturing capacity, mainly in the fill and finish area [filling vials with vaccines and finishing the packaging process].”

Canada’s biomanufacturing industry has shrunk in the past few decades, which meant the federal government was forced to look abroad to secure vaccines when the COVID-19 pandemic was declared a year ago.

The government is buying at least $238 million doses of seven different vaccines, with only one of those being made by a Canadian company – Medicago – and none in Canada, at first.

“We invested,” he said. “The World Health Organization declared a pandemic on March 11, 2020, and 12 days after we had put $200 million to get help our domestic manufacturing, within 30 days I think we added another $600 million.”

The minister acknowledged that the country isn’t going to be able to manufacture everything they need to at home right away, but he said the government is talking to “many, many companies” right now to build up the industry again.

“When we’re looking at other type of pandemics that could happen, I don’t have a crystal ball, but one thing I know is that we want to make this country more resilient,” he said.