You Are Here Home Health News Inflatable holiday costume may be linked to coronavirus outbreak at U.S. hospital 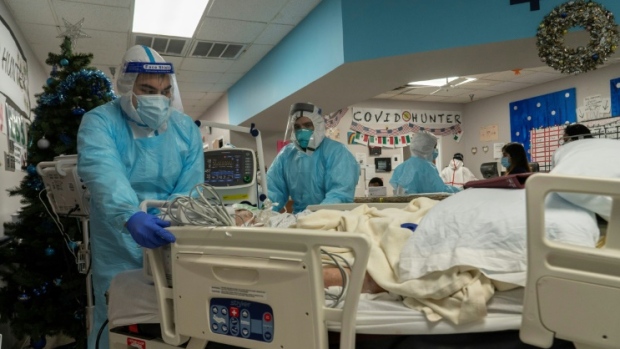 WASHINGTON, D.C. — A California hospital is investigating if an inflatable costume worn by an emergency department employee on Christmas Day might have caused a coronavirus outbreak that infected dozens of people and killed one.

At least 44 staff members at Kaiser Permanente in San Jose tested positive for COVID-19 over the past week, and one died as a result of complications from the disease, according to a hospital spokesperson.

The hospital is now probing whether an air-powered Christmas tree costume, which had big eyes, a smile, and a bright red nose may have fanned the spread of virus-laden droplets.

“This was not a Kaiser Permanente sponsored or approved activity,” the spokesperson said in a statement.

“Any exposure, if it occurred, would have been completely innocent, and quite accidental, as the individual had no COVID symptoms and only sought to lift the spirits of those around them during what is a very stressful time.”

NBC Bay Area news, which first reported the incident, said the deceased was a registration clerk described by her co-workers as an “absolutely wonderful woman.”

NBC quoted one employee as saying the outbreak may actually have been caused by staff carrying out respiratory treatments in a room not designed for that purpose.

Although hospital employees have begun to receive their COVID-19 vaccines, it takes around two weeks after the first dose for the body to have enough antibodies to fight off infection, and both vaccines authorized so far in the U.S. require a booster shot.

Kaiser Permante said that staff who received their first dose less than 10 days ago would therefore not be expected to have reached immunity at the time of the exposure.

The hospital offered employees expedited testing, carried out a deep clean of the emergency room and adjusted its protocols, including ending large gatherings in break rooms, it said.

California currently has 21,510 people hospitalized with COVID-19, more than New York had during the peak of its outbreak last spring, according to the Covid Tracking Project.

More than 350,000 people have died from the disease in the United States and 20.6 million people have been infected.