You Are Here Home Health News Ireland has the world’s highest COVID-19 rate. How did it go so wrong? 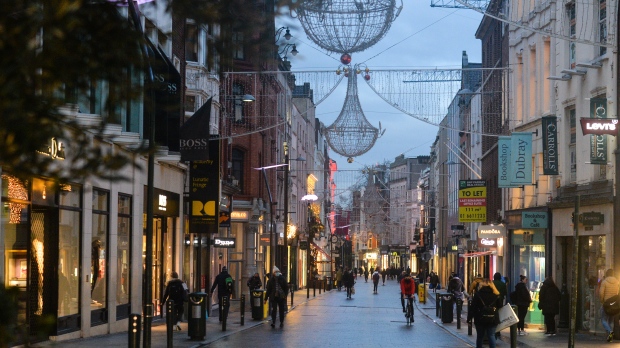 When Ireland came out of a strict six-week lockdown in December it had one of the lowest levels of COVID-19 cases in Europe. Since then, the situation has dramatically unravelled.

The country recorded the highest infection rate in the world last week, according to Our World in Data, an online scientific publication based at the University of Oxford.

In the seven days leading up to January 10, Ireland reported around 1,323 COVID-19 cases per one million people, the statistics showed, more than any other country over the same period.

On Friday, it recorded the highest daily increase in infections since the beginning of the pandemic with 8,248 new cases, according to a statement from the Irish health department.

“The alarming level of disease is unprecedented in terms of our experience of the levels of COVID-19 in the community,” warned Professor Philip Nolan, a member of Ireland’s National Public Health Emergency Team (NPHET). “We are seeing numbers of cases per day, and numbers in hospital, that we just could not have comprehended prior to Christmas.”

Ireland’s medical experts, politicians and members of the public are now all debating what went wrong.

The seasonality of the virus, the presence of the more transmissible U.K. variant, and households mixing over the holidays all contributed to the surge, according to a spokesperson from Prime Minister Micheál Martin’s office.

The spike is not “simplistic” and there have been a number of factors that have led to it, the spokesperson told CNN on Tuesday.

“We had the rise in socializations over the Christmas period and our public health experts said the seasonality of the virus was a huge factor,” they said.

Ireland reopened hospitality and other sectors with some restrictions on December 4. Defending that decision, the spokesperson said the sectors involved “by and large” adhered to the public health measures and the incidence of infection was “relatively low” in hospitality, retail and construction settings.

The more contagious U.K. variant, discovered in Ireland for the first time on Christmas Day, “had a very significant impact [on] the growth of cases because it is believed to be between 50% and 70% more transmissible,” the spokesperson added.

Some 40% of Ireland’s most recent positive cases of COVID-19 are caused by the more contagious U.K. variant, said Cillian De Gascun, director of the National Virus Reference Laboratory, in a statement on Monday.

From December 18, Irish households were allowed to mix with up to two others, despite other European countries canceling Christmas gatherings.

More than 54,000 people flew into the Republic of Ireland between December 21 and January 3, according to the Department of Justice.

“There was no properly managed isolation system in place,” the president of epidemiology and public health at the Royal Society of Medicine, Gabriel Scally, told CNN over the phone on Tuesday. “Ireland and Britain are unsuccessful islands in Covid terms when you look at others. There was an understandable desire for normality over Christmas after a hard year; but the virus doesn’t know that.”

Ireland shut restaurants, pubs serving food and some shops on Christmas Eve and has since further tightened its lockdown measures — including closing non-essential construction sites, schools, and childcare services.

There are currently 1,582 Covid-19 patients hospitalized in Ireland, of which 146 are in intensive care, just short of the springtime peak of 155, according to the health department.

“We know that hospitalizations occur some weeks after a confirmed case is notified, and mortality after that again,” said Ireland’s chief medical officer, Tony Holohan, in a statement on Monday. “That means we are unfortunately set for a period of time where the situation in our hospitals gets worse before it gets better.”

Ireland has only five intensive care beds per 100,000 people, much lower than the OECD22 average of 12, according to OECD data.

So far the country has so far reported a total of more than 152,000 COVID-19 cases and 2,352 deaths, according to a Johns Hopkins University tally.

As for the recent spike, the tools to address “this accelerated growth rate” are in Ireland’s hands, according to Nolan, who chairs NPHET’s Irish Epidemiological Modelling Advisory Group.

He added that he hoped the current measures would “significantly suppress transmission of the virus.”