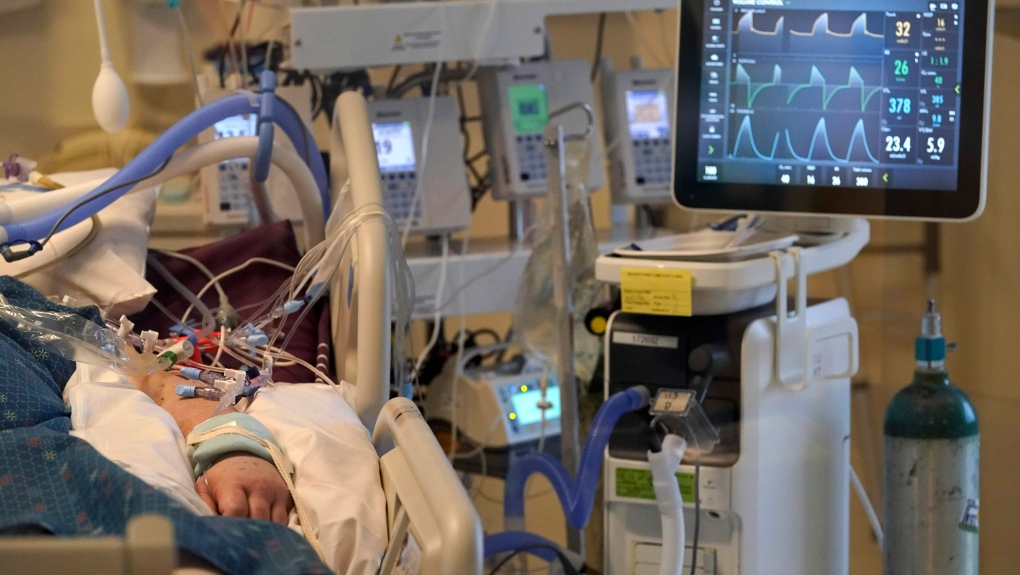 Less than a third of adult patients who were hospitalized with COVID-19 felt fully recovered one year later, with female patients and obesity among key risk factors, according to a new U.K. paper.

The study, presented at this year’s European Congress of Clinical Microbiology & Infectious Diseases and published on Saturday in The Lancet Respiratory Medicine, assessed 2,320 participants across more than three dozen U.K. hospitals after five months. Among them, 807 were also assessed at the one-year mark. Patients were discharged between March 7, 2020 and April 18, 2021.

“We found substantial impairments in health-related quality of life at five months and one year compared with retrospective self-reported scores before COVID-19,” the researchers from the National Institute for Health Research Leicester Biomedical Research Centre, at the University of Leicester, wrote in the paper.

Researchers found “minimal improvement” among those who completed both follow-up assessments, with 25.5 per cent fully recovered after five months and 28.9 per cent feeling the same a year later.

After one year, 22.4 per cent said they were not sure if they had fully recovered, compared with the 19.6 per cent who felt unsure after five months. Nearly 49 per cent said they did not feel fully recovered a year later, compared with the 54.9 per cent who felt that way after five months. The average age among those who participated in both the five-month and one-year assessments was 59; 36 per cent were women and 28 per cent received invasive mechanical ventilation.

The most persistent symptoms one year after being discharged from the hospital were fatigue, aching muscles, physically slowing down, poor sleep, breathlessness, joint pain or swelling, slowing down in thinking, pain, short-term memory loss, and limb weakness, the study reported.

“The limited recovery from five months to one year after hospitalization in our study across symptoms, mental health, exercise capacity, organ impairment, and quality-of-life is striking,” said Dr. Rachael Evans, one of the co-authors of the study, in a statement.

Patients were assessed through a number of measures including patient-reported outcomes, physical performance, organ function, and blood samples.

Analysis of the one-year assessments corroborated the clusters that were identified at five months in a previously published paper from the same ongoing study. Among the participants that had enough data to assign to a cluster, 20 per cent had very severe physical and mental health impairments, while 30 per cent were considered severe. Eleven per cent had moderate physical health issues with cognitive impairment, while 39 per cent had mild issues.

“We found small improvements at one year in cognition in the moderate with cognitive impairment cluster, indicating that some of this deficit was not pre-existing and is potentially modifiable; however, considerable deficit persisted at one year,” the study reported.

“We showed that obesity, reduced exercise capacity, a greater number of symptoms, and increased serum C-reactive protein concentration were associated with the more severe clusters.”

The C-reactive protein (CRP) is part of the body’s defense mechanism and is produced by the liver. CRP concentration rises when there is inflammation in the body.

Patients in the severe and moderate clusters had higher levels of interleukin-6, an inflammatory biomarker, compared with the mild cluster, researchers noted.

There are some limitations to the ongoing cohort study, the researchers said. One is the selection bias for participants returning for a one-year visit, even though no overt differences have been found between those who were assessed after a year and those who did not participate.

The authors also cautioned that results might not be as applicable to the wider population because the proportion of patients who required invasive mechanical ventilation in the study’s cohort was higher than is typical for a U.K. hospital. Another limitation is the smaller proportion of women in the study, which could mean worse outcomes in the general population.

Because some of the assessments are self-reported, including describing their health and pre-existing comorbidities prior to being infected with COVID-19, there may be recall bias as well. Researchers said they were in the process of acquiring patient records and other hospital data. The study also does not include those infected with newer variants and also included patients who would not have been vaccinated at the time of infection.

“Although our data are relevant to patients discharged under similar conditions, further research is needed to understand the effect of current acute care, newer SARS-CoV-2 variants, and vaccination status before and after contracting COVID-19,” researchers wrote.

There is currently no specific treatment for long COVID, but the study’s finding of “persistent systemic inflammation, particularly in those in the very severe and moderate with cognitive impairment clusters, suggest that these groups might respond to anti-inflammatory strategies,” the authors wrote.

“Our study highlights an urgent need for health-care services to support this large and rapidly increasing patient population in whom a substantial burden of symptoms exist,” said professor Christopher Brightling in a statement.