You Are Here Home Health News Living and dying with dignity: third chance to get assisted dying bill right 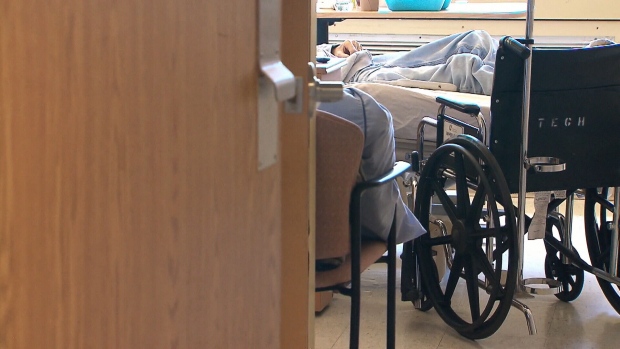 TORONTO — The agony that Cheryl Romaire lives with is so debilitating that some days, she feels her body “might actually just physically die from the pain.” Marie — not her real name — also lives with multiple disabilities, pain, nerve degeneration, neuropathy, and has trouble walking and standing.

Both are fighting a life-and-death battle over a bill that will change Canada’s assisted dying laws — but from opposing positions.

Ottawa was granted a third extension to address the changes in Bill C-7, with the new deadline set for Feb. 26, 2021 by which time the federal government will be required to adjust their laws to match those in Quebec: the proposed changes will make it easier for people with untreatable health problems to apply for medical assistance in dying (MAiD), even if their conditions are not terminal. But lawmakers are struggling to get the details of the bill right.

It is an emotional debate for both advocates and opponents, with supporters saying the changes in the law are long overdue, and critics concerned the bill could become a means to an end for vulnerable people who might otherwise live a good life with proper government support.

“When our society decides that we are going to help someone who feels that there’s nothing left in life for them to die by lethal injection, we have to ask ourselves as a society, ‘Is this a risk-free endeavor for everybody else?’ And this is not a risk-free endeavor,” said Dr. Ramona Coelho, a family doctor in London, Ont. with MAiD to MAD (Medical Assistance in Dying becomes Medically Administered Death), which has collected more than 1,100 signatures from doctors opposed to the change.

Coelho points to studies that have shown when legislation is eased, it paved the way for some to choose dying with medical help due to loneliness, poverty, and lack of resources, but not for intolerable physical suffering. Her own patients have considered this option because they are lonely and isolated, and can not afford their disability supports.

But for Canadians across the country suffering from chronic and incurable pain like Romaire, Bill C-7 will allow them the choice to end their life on their own terms.

“It kind of feels like it starts in my tailbone but it encompasses my entire body. It becomes all consuming. I can’t breathe through it,” said Romaire, describing the kind of pain she lives with every day. She has adhesive arachnoiditis, a rare and complex disease where the spinal nerves stick together due to arachnoid inflammation.

But others, like Marie, say the bill as it stands is dangerous and opens the door for medically assisted death to become an acceptable — and even easier — option for vulnerable people with disabilities who would otherwise not choose to die if they had the support and means necessary to live with dignity.

“As a person with disabilities, I don’t have access to a livable income or the medical assistive devices I need,” said Marie, who did not wish to be identified.

“Canada sees it as a mercy to let me die, instead of providing me with what I need to live…instead of making it easier for me to raise my child.”

She is not alone either. Coelho calls the bill “dangerous”. Activists like Spring Hawes, who is a tetraplegic in a wheelchair following a spinal cord injury 15 years ago, is also concerned.

“It has the potential to create a separate class of people who, for them suicide is a valid, normalized option and that’s really scary for vulnerable people,” said Hawes, who co-founded the group Dignity Denied.

This bill was also advanced through Parliament with very little consultation with First Nations and indigenous people, Hawes added, explaining that the group also has many reasons to be concerned.

Hawes herself noted that had someone suggested this route to her 90 days after her own injury — 90 days is the current waiting period that is included within Bill C-7 — then “there’s an excellent chance that I would have taken that person up on it and I wouldn’t be here today.”

National disability organizations are also worried the bill will put their community at risk. Coelho says many of her own patients are refused homecare supports and do not have certain medications covered.

“All of these things can create a sense of tension, a sense of hopelessness,” she said.

“That disparity in care and resources is going to leave certain patients, extremely vulnerable and feel that they don’t have a choice, except to choose death.”

“NOT VALUED AS A PERSON”

While opponents worry there are few safeguards to protect the vulnerable — or that they are inadequate compared to other countries, advocates disagree.

“It’s important to remember that Bill C-7 is about relieving suffering of individuals … We think that’s critical,” said Helen Long, the chief executive of Dying with Dignity Canada.

“They’re in intolerable pain and suffering, they’re not able to continue to enjoy any quality of life. They want to be able to have the choice to at least apply for MAiD and see if they meet the eligibility requirements.”

She agreed, however, that the government had a responsibility to ensure that appropriate supports are in place for those with disabilities to live a full life.

Marie says she needs help on a monthly level that matches what the federal government feels able-bodied people need for a livable income. Without one, it means choosing between shelter, food, and medication, or going back on opioids that nearly killed her, she says.

“It makes me feel like I’m not valued as a person, that I’m seen as someone who has no way to contribute to society. And I don’t see myself as that way, my family, my friends, my children don’t see me as that way,” she said.

But Romaire, who had previously applied for MAiD and was rejected, also feels that she is not seen as a person of value and that it would have almost been better if she had a terminal diagnosis instead.

“I do feel somewhat discriminated against,” she said, adding that she felt completely abandoned and simply left to suffer after the rejection. She is glad the extension on the bill is only for another two months and not more.

She argues the bill will save those desperate for a way out from trying to die on their own and failing, “making everything worse,” and that there are safeguards in place to prevent the law from being abused.

With the pandemic overshadowing nearly all other issues, lawmakers have two more months to try to make the legislation work for everyone involved.

“This is life and death. So if we’re not absolutely 100 per cent clear about what we’re doing and how it will affect the most vulnerable people in our society, we have to choose the option of life and supporting life,” said Hawes.