Manitoba has made a deal to buy two million doses of a Canadian-made COVID-19 vaccine on the condition it gets approved for use in Canada and is delivered by the end of the year.

The province has reached a preliminary agreement to buy a vaccine under development by Calgary-based biotechnology company Providence Therapeutics, which has just started to put its product through human clinical trials, Premier Brian Pallister said at a news conference on Thursday.

Pallister called the availability of vaccines from the federal government to Manitoba the province’s, “No. 1 limiting factor” in immunizing its population.

“We can’t do our job if the federal government isn’t doing its job,” Pallister said.

Providence’s product is an mRNA vaccine, similar to the Moderna and Pfizer-BioNTech coronavirus shots already being administered across Canada.

The company has purchased a 20,000-square-foot site in Calgary to produce the vaccine, which still must pass through a series of regulatory hoops before it’s approved for use in Canada.

This would be the first time a province directly buys a COVID-19 vaccine. Ottawa assumed responsibility for vaccine purchasing and made deals to buy the Pfizer-BioNTech and Moderna vaccines already in distribution across Canada.

‘The door was slammed in our face repeatedly’

Pallister is among the provincial leaders who criticized the federal government for the move, arguing the provinces were shut out of the decision-making process and left without adequate vaccine supplies.

“The federal government took away our right to buy vaccines by placing blocks on our ability to do that. We’ve been knocking on doors for months now. And the fact of the matter is health care is a constitutional responsibility of the provinces,” he said.

“The door was slammed in our face repeatedly, and I know other provinces have tried as well.”

A spokesperson for Minister of Public Services and Procurement Anita Anand disputed that claim, saying the federal government has at no point prevented provinces from undertaking their own vaccine procurements.

Canada’s vaccine task force has been in charge of inking deals with COVID-19 vaccine suppliers as the federal government works to get shots distributed across the country.

Ottawa said it’s spent more than $1 billion to secure millions of vaccine doses from seven suppliers, including Pfizer-BioNTech and Moderna. Vaccines from the remaining five suppliers — a list that does not include Providence — are still pending Health Canada approval.

Pallister said on Thursday he had written to Prime Minister Justin Trudeau and premiers across the country about Manitoba’s deal with Providence.

Canada lags behind dozens of nations in terms of the proportion of the population that has received doses of a COVID-19 vaccine. The federal Conservative party, among other critics, has blamed the Trudeau government for moving slowly and failing to foster domestic vaccine-production capacity.

Canada lacks the capacity to manufacture the millions of doses of coronavirus vaccines needed to immunize people outside of a clinical trial setting. It’s why the federal government struck deals with Pfizer-BioNTech and Moderna — both manufactured abroad — to obtain the vaccines now being rolled out across the country.

However, several of the suppliers that have made deals with the federal government have Canadian connections, including Quebec-based company Medicago and Novavax, whose vaccine is expected to be produced in Montreal.

The federal government has said it expects all Canadians who want to be vaccinated will be immunized by the end of September. Pallister said Manitoba striking a deal to secure made-in-Canada vaccines is a kind of insurance policy to make sure that timeline is met.

WATCH | Pallister says vaccine deal will be ‘insurance’ for immunizations: 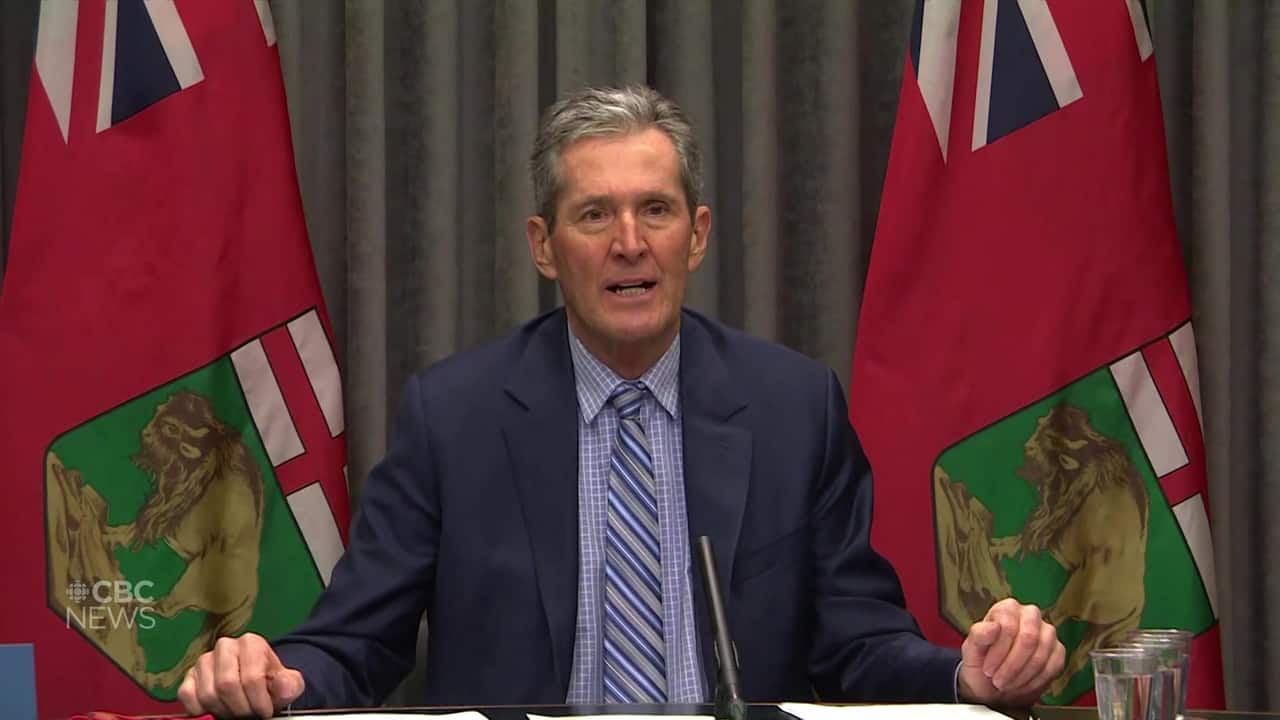 Manitoba Premier Brian Pallister said Thursday the province has struck a deal to buy two million doses of a Canadian-made COVID-19 vaccine, on the condition it gets approved for use in Canada and is delivered by the end of the year. 1:02

Anand’s spokesperson said the government will keep supporting research, development and production of COVID-19 vaccines in Canada, and it still expects the vaccines already secured will vaccinate every Canadian who wants it by the end of September, “if not before.”

Providence began the first phase of human trials in January, when it gave shots to 60 adult volunteers at a clinical trial site in Toronto.

The fact that the original sample size consisted of only 60 people, and the CEO’s statement that a clinical trial of a new drug that has never been tested on the general population would include pregnant women or people under 18 years old, raised a “red flag” for epidemiologist Cynthia Carr.

A sample size that small “wouldn’t pass a thesis proposal,” Carr said, because it would be statistically unlikely that the placebo group would actually include anyone who actually had COVID-19.

“It’s very unsettling to think that there would be an investment based on a clinical trial that has 60 people in it,” she said.

Also, pregnant women and parents of minor children are unlikely to agree to participate in a clinical trial unless it’s “a matter of life or death.”

“So for a CEO of a company to identify that those would be the next target groups, that was a red flag to me in terms of understanding the clinical process and the likelihood of that kind of a trial being approved,” she said.

To date, Manitoba has received 66,090 doses of the Moderna and Pfizer-BioNTech vaccines, with the latter company set to ramp up its deliveries significantly next month.

It is unclear why Manitoba is purchasing the Providence vaccine, which would not be slated to be ready for distribution until later in the year, if it is approved.

Manitoba NDP Leader Wab Kinew said on Thursday he’s glad to see the province being proactive during the pandemic, but that he won’t be surprised if the deal falls apart in six months.

“We’ve seen time and time again that Mr. Pallister promises something and then isn’t able to deliver on it. So let’s hope that this time, it’s different,” Kinew said.

“Even if everything works out perfectly, we’re not going to see these vaccines until the end of the year,” Lamont said on a Zoom call

Manitoba’s agreement with Providence will ensure it receives the first 200,000 doses as soon as the vaccine gets Canada’s approval, but the province will only buy what it needs, Pallister said. That agreement also includes a best-price guarantee that won’t be higher than any other government receives.

Pallister would not say on Thursday whether Manitoba will lose a deposit if its turns out the province doesn’t need the vaccine, but committed to make the final deal public at a later date.

The plan is for the vaccine to be bottled by Emergent BioSolutions at its manufacturing site in Winnipeg, according to the province.

Providence CEO Brad Sorenson said he expects his company will apply for emergency authorization from Health Canada for its vaccine in the fall, and that it will have stockpiles of already-produced vaccine on hand waiting on that approval.

Sorenson said Providence will be able to produce up to 50 million doses this year if there’s demand for that many.

The deal with Manitoba, which includes a 20 per cent non-refundable deposit, will help cover some of the company’s costs in its vaccine development, Sorenson said. He said Providence has been in talks with a number of provinces about making similar deals, but declined to say which ones.

The company has received millions of dollars in federal funding since the beginning of the pandemic, including up to $4.7 million for its Phase 1 clinical trials and up to $5 million to expand vaccine operations in Calgary.

As of Thursday, 51,256 COVID-19 vaccines had been given to people in the province, Manitoba’s online dashboard said.

That update brought the percentage of Manitobans over 18 who are fully immunized to 1.6 per cent.