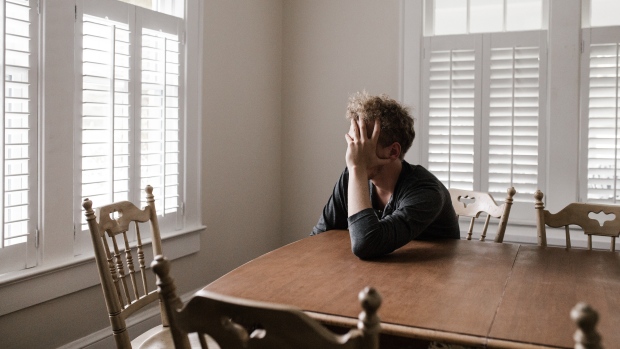 A new study suggests that individuals with a history of certain mental illnesses may be at a higher risk of COVID-19 breakthrough infections after being vaccinated.

Researcher Kristen Nishimi said that could be because patients with some psychiatric disorders can have a “decreased immunological response to vaccine.”

And the findings show individuals with psychiatric disorders should be one of the groups that get prioritized for booster vaccines and other preventative efforts, researchers said.

The study, out of the University of California San Francisco, looked at data from 263,697 fully vaccinated patients who accessed health care from the U.S. Departments of Veterans Affairs between February 2020 and November 2021. They published their findings last Thursday in the journal JAMA Network Open.

Of the cohort, 135,481 patients (51.4 per cent) were diagnosed with at least one psychiatric condition such as substance abuse, psychotic disorders, bipolar disorder, adjustment disorder and anxiety. In addition, 39,109 patients (14.8 per cent) developed a breakthrough infection.

Given the higher incidence of breakthrough infections among older patients, Nishimi said the lower immunological response to vaccine linked to some psychiatric disorders “may be more substantial in older adults.”

“(Older patients) may require more frequent in-person care, which could increase their interactions with the health-care system,” Nishimi said in a news release published Thursday.

For both groups, the risk factors were also adjusted for variables such as age, race, vaccine type, underlying conditions

“Our research suggests that increased breakthrough infections in people with psychiatric disorders cannot be entirely explained by socio-demographic factors or pre-existing conditions,” said senior author Aoife O’Donovan in the news release. “Mental health is important to consider in conjunction with other risk factors.”

O’Donovan says a possible explanation may be due to waning immunity exacerbated by these mental health conditions.

“It’s possible that immunity following vaccination wanes more quickly or more strongly for people with psychiatric disorders and/or they could have less protection to newer variants,” she said.