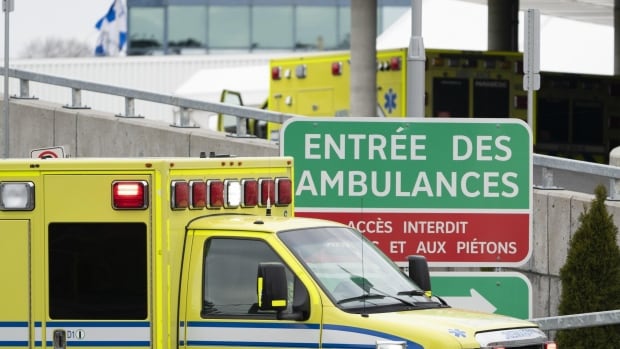 Hospitals in Quebec’s largest metropolitan area are becoming perilously full and could run out of capacity for new COVID-19 patients entirely in as little as two or three weeks, according to new provincial government modelling.

The latest report from the Insitut national d’excellence en santé et en services sociaux (INESSS) indicates a “more than 50 per cent risk” that existing hospital bed capacity for COVID-19 patients in Greater Montreal will run out over the three-week forecast horizon.

“The increase in projected new hospitalizations continues to progress in a notable fashion. The projections foresee a major increase in the occupancy rates in the coming weeks,” the INESSS said in a statement.

“For the first time it seems likely [Greater Montreal] will surpass capacity in the next three weeks, particularly given nearly two-thirds of designated beds are currently occupied.”

The situation in Quebec’s outlying regions, which the INESSS forecast as dire earlier this month, appears to have stabilized somewhat.

Government officials have warned for weeks that a continued increase in positive diagnoses would stretch the system’s capacity to its very limit.

The fact that this moment is now heaving into view has at least one Montreal primary care doctor spooked.

“Just being told that at some point we could basically run out of beds, this is something that is new. Never happened before,” Dr. François Marquis, the chief of intensive care at Montreal’s Maisonneuve-Rosemont Hospital, told Radio-Canada.

Marquis said every effort is being made to free up resources to avoid the worst. At the same time, he said, “it’s frightening to know it’s actually possible we will be there in a few days or a few weeks.”

Part of the problem, Marquis said, is that because of the lag in testing and reporting, it’s not yet clear what the population got up to over the holiday period, whether people observed stringent rules against indoor gatherings.

“Right now, we don’t actually know what happened during Christmas,” he said. “We could have a very bad surprise in a few days.”

The province set aside roughly 2,000 hospital beds for COVID-19 patients this past summer as part of its contingency planning for a second wave.

The INESSS forecast is based on data gathered from Dec. 21-27. Hospitalizations have increased by a net of 51 since then and currently stand at 1,175. Of those, 165 are in intensive care. That’s a 66 per cent increase relative to Dec. 1.

Exceeding the planned capacity doesn’t mean the province will run out of beds entirely, but it does mean more cancelled surgeries and other treatments.

Health Minister Christian Dubé warned as much via Twitter on Thursday, taking note of the likelihood that capacity will be reached.

“Unfortunately, if the trend continues, this will have to be compensated by additional postponement of non-COVID treatments in our hospitals,” he said.

Several hospitals began postponing or cancelling non-essential procedures in October and November. In some regions as many as half of the previously scheduled treatments and surgeries have been put off.

As the INESSS noted in its report, hospital capacity is not strictly a function of available beds, it is also contingent on staffing levels, which have been severely affected by the second wave.