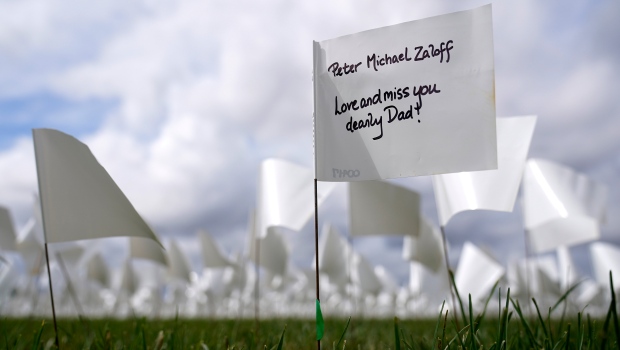 More than 5.2 million children around the world have lost a parent or guardian to COVID-19 since the start of the pandemic, with three quarters of those children losing a father, and more than half of the total losses occurring over a six-month period in 2021, a new study suggests.

The modelling study published last week by The Lancet Child & Adolescent health journal also found that the number of children impacted by the loss of a caregiver nearly doubled between May 1, 2021 and Oct. 31, 2021, compared to the previous 14 months. Primary caregiver was defined as either a parent or one or both custodial grandparents. Secondary caregivers included a grandparent or relative who lived with the child.

Researchers looked at excess mortality and fertility data from 21 countries and extrapolated the data. They estimated that nearly two out of every three children who lost a parent or caregiver – about 2.1 million – were between the ages of 10 and 17. Another half a million children were aged four and under, while 740,000 were between the ages of five and nine. In every age group and region studied, more children lost fathers than mothers, in line with data that shows COVID-19 has a higher mortality rate for men than women.

The study, which analyzed data from March 1, 2020 to Oct. 31, 2021, found that the number of children under the age of 18 impacted by the death of a parent or caregiver as a result of the novel coronavirus exceeded the number of deaths attributed to COVID-19. The study’s authors also believe that the estimates are likely to be drastically lower than the actual numbers.

“It took 10 years for 5 million children to be orphaned by HIV/AIDS, whereas the same number of children have been orphaned by COVID-19 in just two years,” senior author Lorraine Sherr, a professor with the University College London said in a statement, adding that figures do not account for the Omicron variant.

The paper noted that new World Health Organization mortality estimates show that countries in Africa were under-reporting COVID-19 death rates by a factor of 10.

“Consequently, the real-time global minimum estimate for the number of children affected by COVID-19-associated orphanhood and caregiver death reached more than 6·7 million children by Jan. 15, 2022, after adjustment for this under-reporting,” the paper said.

Data also showed that the increase in orphanhood was tied to a surge in cases, with researchers suggesting that accelerating vaccine access was critical to protecting the children in the worst-affected areas, but that these same regions had the lowest vaccination rates.

In addition to grief, the paper noted the extended impact of losing a parent or caregiver. Children may also experience inadequate care, mood changes in the surviving parent, food and housing insecurity, as well as family disintegration, the authors wrote, highlighting the need for immediate and ongoing support for affected children.

Lead author Dr. Susan Hillis, who was with the U.S. Centers for Disease Control and Prevention while this study was being conducted, said in a statement that all national COVID-19 response plans need to include support for orphaned children that prioritizes preventing deaths through equitable vaccine access, ongoing support for affected children, and reducing their risks of poverty and other childhood challenges.

There were some limitations to the study, however, including the fact that the actual numbers of children affected by a parent or caregiver’s death can not be accurately measured due to the varying degrees of quality in the reporting systems of different countries, researchers said. A system that can better track these deaths should be established for future pandemic responses in order to respond more quickly to the needs of children, they recommended.