You Are Here Home Health News Multiple COVID-19 variants may be able to infect a person at the same time: study 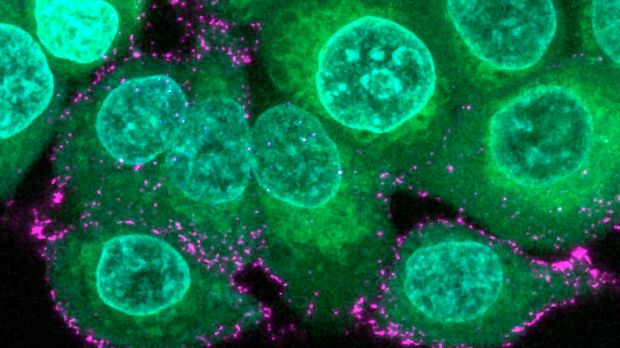 When a person falls ill with COVID-19, they may not just have one variant attacking them, according to a pair of new studies that suggest less dominant variants may be simultaneously present and hiding in the same infected individual.

Researchers believe that several different variants of SARS-CoV-2 could be inside a person’s body at one time, with some variants cloaking themselves from the immune system.

“Our results showed that one can have several different virus variants in one’s body. Some of these variants may use kidney or spleen cells as their niche to hide, while the body is busy defending against the dominant virus type,” Kapil Gupta, lead author of one of the new studies, said in a press release Tuesday. “This could make it difficult for the infected patients to get rid of SARS-CoV-2 entirely.”

The researchers didn’t say whether this would make an individual more sick, only that it could contribute to the longevity of the virus within a patient.

The new research comes from a project run by scientists at the Max Planck Institute for Medical Research and the Max Planck Bristol Center for Minimal Biology at the University of Bristol.

In order to study the structure and processes of SARS-CoV-2 on a cellular level, the team created their own synthetic virus particles that could be manipulated in a controlled setting.

They wanted to investigate a “pocket” in the cellular structure of the SARS-CoV-2 spike protein — the mechanism by which the virus attaches to our cells — which had been identified in previous research.

This pocket plays a big role in viral infectivity, researchers say, something that scientists first started to suspect when they realized this structure was present in every variant.

“An incessant series of variants have completely replaced the original virus by now, with Omicron and Omicron 2 dominating worldwide.” Imre Berger, a professor at the University of Bristol and co-director of the Max Planck Bristol Centre of Minimal Biology, said in the release.

“We analyzed an early variant discovered in Bristol, BrisDelta. It had changed its shape from the original virus, but the pocket we had discovered was there, unaltered”.

What the synthetic virus particles helped researchers discover was how this pocket affects the way that SARS-CoV-2 infects the body.

The pocket helps the virus particle bind to specific fatty acids that are released when there is any inflammation ongoing in the human body.

These inflammatory fatty acids help with the immune response, but when virus particles were binding to these fatty acids, researchers discovered, the structure of the spike protein would actually change shape.

“By ‘ducking down’ of the spike protein upon binding of inflammatory fatty acids, the virus becomes less visible to the immune system,” Oskar Staufer, lead author of the second study and joint member of the Max Planck Institute in Heidelberg and the Max Planck Centre in Bristol, said in the release. “This could be a mechanism to avoid detection by the host and a strong immune response for a longer period of time and increase total infection efficiency.”

Using this, multiple variants may be able to be active in the human body at a time, researchers say.

“It appears that this pocket, specifically built to recognise these fatty acids, gives SARS-CoV-2 an advantage inside the body of infected people, allowing it to multiply so fast. This could explain why it is there, in all variants, including Omicron” added Professor Berger. “Intriguingly, the same feature also provides us with a unique opportunity to defeat the virus, exactly because it is so conserved – with a tailor-made antiviral molecule that blocks the pocket.”

One of the papers on this research explained that different variants seem to replicate better in certain cells of the body. They looked at the original SARS-CoV-2 versus the Bristol variant and found that while the wild-type virus had “a competitive advantage in respiratory tract cells,” the Bristol variant, despite making up only a small subpopulation of the viral samples taken from patients, could infect other cell-types more efficiently.

For instance, they found higher amounts of the variant in heart and spleen tissue in post-mortem tissue analysis.

Researchers believe that targeting this specific pocket structure in the spike protein could be an option for future treatments of COVID-19.