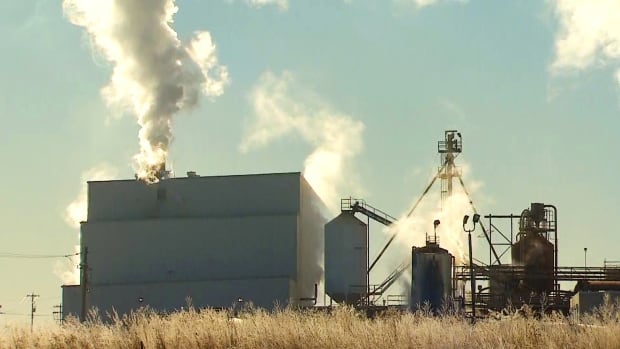 The site of the largest COVID-19 outbreak in Canada is now facing a new spate of cases.

Alberta Health confirmed there are 11 cases linked to the Cargill meat-processing plant near High River, Alta., as of Saturday. Of those, seven cases are active.

The outbreak began on Dec. 16, 2020, Alberta Health said, and was reported publicly this week when it reached the threshold of five cases.

An outbreak last spring saw at least 950 staff at the facility — nearly half its workforce — test positive.

“This is how the prior Cargill outbreak started. With about 10 cases, and within days it was hundreds of cases, and people were dying,” said United Food and Commercial Workers Local 401 president Thomas Hesse.

Daniel Sullivan, a spokesperson for Cargill, confirmed that six employees who tested positive are in isolation and are receiving medical care and support.

“At Cargill, the safety of our employees is our top priority. As essential workers, our team is on the front lines of feeding people across our communities,” he said in an emailed statement on Saturday.

Sullivan said the cases come as the town of High River “continues to experience a rise” in COVID-19 cases. According to the province, there are currently five cases of COVID-19 in the town of around 17,000.

He said Cargill is continuing to learn how to slow the spread of the virus, and is working with Alberta Health Services to implement safety measures as they become available and offer testing to employees who are close contacts of confirmed COVID-19 cases.

“We want to work with everyone to focus on keeping people healthy and delivering safe food to people across Canada,” Sullivan said.

Hesse said the union is now in an investigative stage, trying to determine whether or not the numbers are in an isolated area of the plant and whether workers have had broader exposure.

“[We’re trying to determine] what is in place in terms of health and safety measures,” Hesse said. “Companies like Cargill say lots of nice things about caring about worker health and safety, but the proof is in the pudding and they have a terrible record.”

Two workers and one worker’s father died in connection with the 2020 outbreak. An RCMP investigation into the death of Benito Quesada, a 51-year-old immigrant from Mexico and a union shop steward at the plant, is believed to be the first police investigation into a workplace COVID-19 fatality in Canada.

The company is also facing a proposed class-action lawsuit on behalf of individuals who had close contact with Cargill employees during last year’s outbreak, who allege the company operated without adequate safeguards despite public health warnings.

The allegations have yet to be tested in court.

Opposition Leader Rachel Notley said in a tweet that she’s deeply concerned to see another outbreak at the Cargill plant — and that a repeat of 2020’s outbreak cannot happen.

“Cargill claims they have new safety measures in place. If those don’t hold, this plant must be shut down before we have hundreds upon hundreds of workers infected with a deadly virus again,” the Alberta New Democratic Party Leader wrote.

Adrienne South, press secretary for Alberta Labour and Immigration, said in an email statement that provincial occupational health and safety (OHS) officials continue to monitor workplaces for compliance with public health guidelines, and that OHS can issue stop work orders where non-compliance is observed.

South said OHS has been in contact with Cargill and is monitoring the situation, but at this time no more information can be provided.

The High River plant processes around 4,500 head of cattle per day — around one-third of Canada’s processed beef supply.

There are currently outbreaks at seven meat-processing or packaging facilities in the province — including an outbreak at the Olymel pork plant in Red Deer, which has seen 168 cases and one related death.

Take a look at a timeline of the 2020 Cargill outbreak: