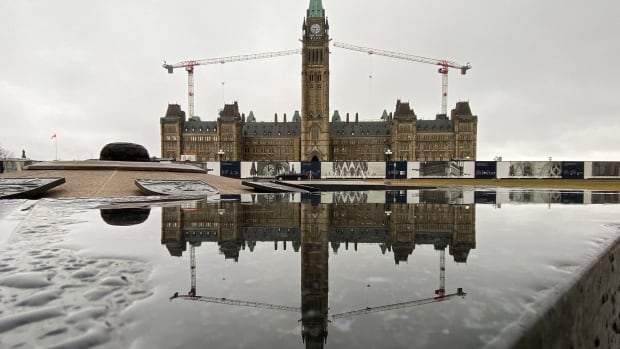 The federal government is planning to update its policy on mandatory COVID-19 vaccines for its employees on Wednesday.

The Public Service Alliance of Canada (PSAC) has filed a grievance against the existing policy, which requires that all federal public service members be fully vaccinated even if they work at home.

The government is obligated to review the policy after six months. That timeline runs out this week.

PSAC president Chris Aylward said the government has consulted the union but he does not know what to expect from the new policy.

The union has said Ottawa’s mandatory vaccination policy is in need of an update.

“As the pandemic has evolved and the science has developed, we believe continuing to put unvaccinated employees on leave without pay is a harsh administrative measure that can be considered disciplinary and without just cause,” PSAC said in a statement in late March.

The emergence of the Omicron variant — which is more capable of evading vaccines than earlier forms of the coronavirus — has led various governments in Canada to loosen vaccination rules.

According to the government, 98.5 per cent of federal employees — about 275,848 people — are fully vaccinated against COVID-19. The figures include federal public servants and the RCMP.

Crown corporations were asked to implement vaccine policies mirroring the requirements announced last fall for the rest of the public service. CBC, for example, made COVID-19 vaccines mandatory for employees, including those working at home.

Aylward said a few employees have been disciplined over their vaccine status and put on unpaid leave.

PSAC is seeking compensation for members who have been placed on unpaid leave due to the policy.