You Are Here Home Health News No tests cut from OHIP coverage recently, says ministry amid reports of charges for blood work 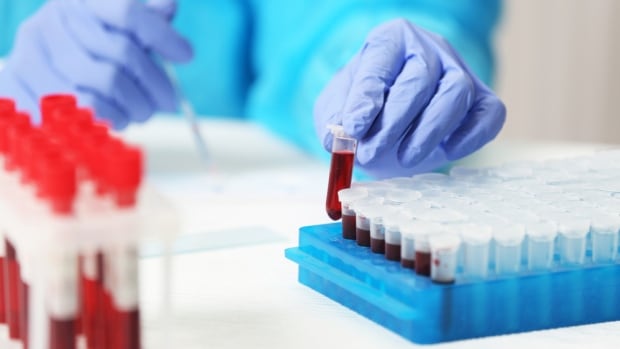 Ontario’s Ministry of Health says there have been no cuts to provincially covered blood tests in recent years, after a string of viral social media posts in which people said they have been charged for lab work.

In a statement issued this week, the ministry said that since 2017, there have been no laboratory tests delisted from OHIP’s schedule of benefits for lab services.

“The Commitment to the Future of Medicare Act (CFMA) prohibits charges by any person or entity for insured services or for access to insured services,” the statement reads.

It goes on to say that if a patient feels that they have been charged for a service that is insured, they can call the CFMA Program report line at 1-888-662-6613 or e-mail protectpublichealthcare@ontario.ca.

The bulk of routine lab tests that are ordered by doctors in the province are covered under OHIP, but there are certain tests that don’t fall under that umbrella that patients have to pay for out of pocket.

Natalie Mehra, the executive director of the Ontario Health Coalition, told CBC News in an interview that for a week now, her organization has been “absolutely inundated” with calls and messages about the issue.

Yet when the coalition investigated, they didn’t find any legitimate reports of people having to pay out of pocket because of tests being delisted under OHIP. Instead, she said, the tests ended up being for things that weren’t actually fully covered, or there were changes to charges that weren’t properly explained to patients.

In the end, there is “no evidence whatsoever” of the province making the changes to testing coverage that are being alleged online, Mehra said.

“We would be the first to advocate if there was, but there just isn’t,” she said.

To make sure, Mehra said she also spoke with multiple oncologists, as well as family doctors and chiefs of staff at two Ontario hospitals. Not one of them knew of any lab tests they had ordered for their patients being delisted. Similarly, no one could track down any sort of memo marking a change, which would ordinarily be the case in a situation like this.

“I think it’s just a rumour going kind of wild,” she said.

Laboratory testing company Lifelabs, which says it handles lab testing services for over 50,000 patients a day in Ontario, similarly said in a statement that the province controls which tests are covered by OHIP, and there have have “not been any laboratory tests de-listed (i.e. removed with no replacement test) in the last five years.

“LifeLabs cannot bill individuals with OHIP coverage for tests that are covered by OHIP,” the statement said.