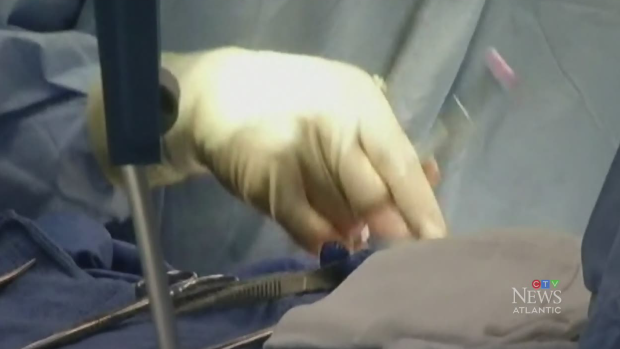 Nova Scotians who don’t choose to opt out of donating their organs and tissue will be considered as having agreed to be a donor after death.

Nova Scotia became the first province or state in North America to pass such legislation when the act was passed unanimously in April 2019.

“This legislation will allow for more Nova Scotians to receive lifesaving organ or tissue transplants and is a positive and true transformational change in health care in Nova Scotia,” says Dr. Stephen Beed, medical director of the Nova Scotia Organ and Tissue Donation Program, Nova Scotia Health Authority. “Our health-care teams are committed to ensure optimal end of life care is provided to families by optimizing donation, which will contribute to more Nova Scotians being able to live healthier and longer lives after successful organ or tissue transplantation.”

The province says at any given time, there are more than 100 Nova Scotians waiting for an organ transplant.

“When the legislation was introduced in 2019, I had the privilege to be a part of that day. I had the opportunity to tell my story and be a face and a name behind the importance of organ and tissue donation,” said Cindy Ryan, a Westville, N.S. resident who received two lifesaving liver transplants. “To see the excitement and support from Nova Scotians that day and every day since has been truly heart warming.”

“Our province is the first place in North America to have legislation that maximizes organ and tissue donations to save more lives, while fully respecting people’s ability to participate or not,” said Premier Stephen McNeil. “I am proud of the support I have seen and heard from Nova Scotians, our partners and our health-care community. I want to thank the many donor families and recipients who courageously share their emotional stories and help spread the word about the importance of organ and tissue donation.”

As of today, Jan. 18th, the Human Organ and Tissue Donation Act is now in effect. This means all Nova Scotians will be a potential donor unless they opt out, giving patients waiting for a transplant a better chance of getting one sooner: https://t.co/sCia2T7Yep pic.twitter.com/4K8vgCHlHd

The province says families will continue to be consulted about their loved ones’ wishes regarding organ or tissue donation.

The deemed consent doesn’t include the following exceptions:

All Nova Scotians are encouraged to learn more about organ and tissue donation, and can opt out of donation at anytime by calling MSI or visiting the province’s website.