You Are Here Home Health News Novavax and Medicago: How are their COVID-19 vaccines different from all the others? 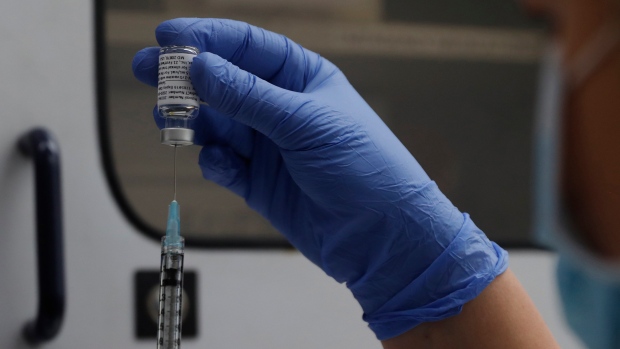 With Health Canada’s recent authorization of both the Novavax Nuvaxovid and Medicago Covifenz COVID-19 vaccines for adults, experts are calling this “good news” for Canadians seeking an alternative option to mRNA and viral vector vaccines.

“We now have other viable options for someone to be safely vaccinated,” Omar Khan, a professor of biomedical engineering and immunology at the University of Toronto, told CTVNews.ca in a phone interview on Wednesday. “This is fantastic because this can improve our [vaccine] coverage.”

Prior to the green-lighting of the Novavax vaccine on Feb. 17, and Medicago’s authorization on Feb. 24, only mRNA and viral vector-based COVID-19 vaccines had been OK’ed for use in Canada. Both Pfizer-BioNTech Comirnaty and Moderna Spikevax are considered mRNA vaccines, while AstraZeneca Vaxzevria and Janssen are viral vector vaccines.

Both decisions mark a first for Canada. So far, Novavax is the only protein-based COVID-19 vaccine authorized for use in the country, and Medicago is the first plant-based coronavirus vaccine to be approved in Canada.

Having a range of options to choose from becomes especially helpful for Canadians who may be allergic to some of the components commonly found in either of the mRNA or viral vector vaccines, said Matthew Miller, associate professor at McMaster University’s Michael G. DeGroote Institute for Infectious Disease Research based in Hamilton.

Some of the ingredients that have been associated with allergic reactions are polyethylene glycol, tromethamine and polysorbate 80, according to the Public Health Agency of Canada.

“The more vaccine types we have, the more flexibility we have to ensure that people get the vaccine that’s best for them,” Miller told CTVNews.ca on Wednesday in a phone interview.

In cases where someone may have had one dose of an mRNA or viral vector COVID-19 vaccine in the past and suffered other negative consequences, access to options such as the ones developed by Novavax and Medicago might also be beneficial, Miller said. He used the rare occurrence of myocarditis and pericarditis in younger men after getting an mRNA vaccine as an example. In these cases, it’s possible that a doctor would advise patients to opt for a different type of vaccine for their next dose, he said.

The idea of mixing these recently approved vaccines with mRNA and viral vector-based ones seems likely, Miller said.

“I would expect that we will indeed see that off-label mixing is a possibility, especially in circumstances where people may have medical contraindications to getting the same vaccine again,” said Miller. “I don’t think there’s any good immunological reason to expect that mixing should be problematic.”

Ultimately, Khan recommends speaking with a doctor about personal medical history and any allergies that exist in order to determine which type of vaccine should be taken.

The main difference between protein-based vaccines and other types of vaccines, such as mRNA, lies in how they interact with the body, Khan said. With mRNA vaccines, the body is injected with messenger ribonucleic acid, which essentially provides cells with instructions on how to create the spike protein associated with COVID-19, which then engages with the immune system and allows the body to develop protective immunity, he said.

Protein-based vaccines, on the other hand, involve producing the spike protein in a bioreactor, said Khan. It’s then purified and administered through a vaccine. The vaccine also contains acids that serve as additives and can help strengthen the body’s immune response.

“With mRNA, it turns your cells into production factories – as long as you have the instructions correctly made, then your cells can follow them,” Khan said. “When it comes to protein production, you have a bioreactor in a plant…collect the proteins the cells are producing, purify them, and then formulate that into your vaccine.”

Vaccines manufactured by Medicago follow a completely different process that involves the use of a virus-like particle created on the leaves of plants, Miller said. The particle contains all the necessary structural components to make it look like a virus, along with the spike protein inside. But aside from that, it’s a hollow shell, he said. The particles are then purified out of the plant and administered as a vaccine.

“It’s not capable of causing infection or replicating,” Miller said, referring to the spike protein. ”The benefit is that it looks just like a virus particle and is very effective in teaching our immune system what SARS-CoV-2 looks like, and then generating immunity based on that.”

This puts both vaccines on par with the other mRNA and viral vector vaccines, Khan said, although he did note that these results were produced prior to the height of Omicron’s surge earlier this year. This makes it tough to tell whether both types of vaccines will perform similarly against the latest variant of concern, he said.

Still, there’s a chance both vaccines will continue to offer some level of protection against Omicron, Khan said, although more data is necessary to determine just how much protection both types of vaccines actually provide.

“Given that they were effective against Delta, there is likely to be some level of protection given for Omicron,” he said. “But we can only definitively say that as more data comes in.”

As of now, Health Canada recommends a two-dose course for anyone vaccinated with either the Novavax or Medicago vaccines, and only mRNA vaccines are approved for use as a booster dose for adults in Canada. In terms of whether or not a booster dose for either Novavax or Medicago will be necessary, this will depend on ongoing trials conducted with the vaccines. The decision of whether or not a third dose is necessary must be clinically driven, Khan said.

“Once people are vaccinated with a full course, then we’ll see if they maintain a good level of protection,” he said. “If we see that the protection they have developed does not exactly match the new biologically distinct variants that are evolving, then there could be an opportunity to boost.”

According to Miller, there continues to be a hesitancy among some Canadians towards opting for newer vaccine technologies, such as those used to produce mRNA vaccines. Following the more traditional approach of using protein-based vaccines such as Novavax, which uses technology that’s been around for more time, can provide some reassurance that might lead more people to get vaccinated, he said.

“I know that in many circles, there’s currently hope that people who may have been hesitant to receive some of these newer vaccine technologies might be more accepting of Novavax because it uses the of older, more conventional vaccine technology,” Miller said.

Still, Khan said, mRNA vaccine technology has been around for several years and involved in a variety of successful clinical trials for vaccines combatting other viruses such as HIV. Additionally, all vaccines currently approved by Health Canada have produced data sets that show they are effective and safe to use for the general population, he said.

“That’s the point of doing all three phases of a clinical trial,” said Khan. “There’s multiple levels in which this is working to make sure that whatever becomes available to people is safe.”

This includes data pertaining to the two recently approved COVID-19 vaccines, although there isn’t any evidence to suggest that a protein or plant-based vaccine is safer to use than an mRNA or viral vector-based one.

“Right now, the safety data for Novavax and Medicago looks excellent,” Miller said. “[But] I don’t think we have data to support the notion that these other vaccines are intrinsically safer.”