You Are Here Home Health News Omicron ‘less severe’ than Delta for children under 5: study 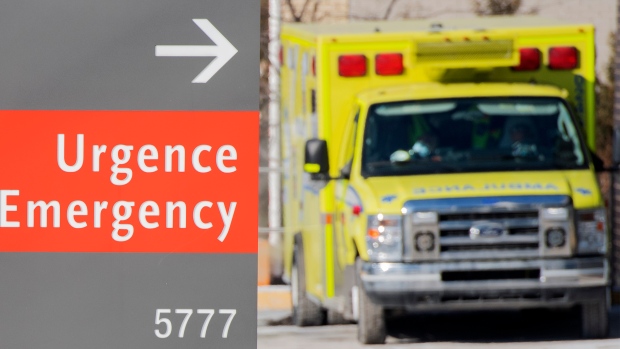 A new U.S. study suggests that children who are younger than five and are infected with Omicron variant have less risk of severe health outcomes than kids infected with the Delta variant.

The peer-reviewed study, conducted by researchers out of Case Western Reserve University (CWRU) in Ohio, is the first large-scale research effort to compare the health outcomes of COVID-19 infection from these variants in children age four and younger.

Authors say the findings are significant given that age group is not yet eligible for COVID-19 vaccines and has limited pre-existing immunity.

“The major conclusion to our research was that many more children were infected with Omicron when compared to Delta, but the children who are infected are not impacted as severely as were children infected with the Delta variant,” said CWRU professor Pamela Davis in a press release.

Researchers also compared the health records of more than 10,000 children before the detection of Omicron in the U.S., but when Delta was still predominant.

The study examined the clinical health outcomes for these pediatric patients for 14 days following COVID-19 infection and looked at factors such as emergency room visits, hospitalizations, ICU admissions and mechanical ventilation use.

Researchers also found that children infected with Omicron were on average younger and had fewer comorbidities than those infected with Delta.

“We saw the number of hospitalizations within this age group skyrocket in January of this year because the infection rate of Omicron is about 10 to 15 times compared to that of the Delta variant,” said CWRU professor Rong Xu in the release.

In addition, Xu said more research is needed to understand the long-term health impacts for children infected with COVID-19 variants.

“Since so many un-vaccinated children were infected, the long-term effects of COVID-19 infections on the brain, heart, immune systems and other organs of children remains unknown and worrisome,” said Xu.

As new COVID-19 variants continue to emerge, it is unclear how the “stealth” version of Omicron — the more transmissible BA.2 subvariant — will impact children in this age group.

Preliminary research out of Hong Kong suggests the BA.2 subvariant is more severe for children compared with other variants. However, these findings are considered preliminary because they come from a preprint, and the study has not yet been reviewed by outside researchers.

The Public Health Agency of Canada says the BA.2 subvariant, peoples’ waning immunity and the return of more in-person activities appears to be associated with the current uptick.