You Are Here Home Health News Omicron XE: What we know about the new subvariant 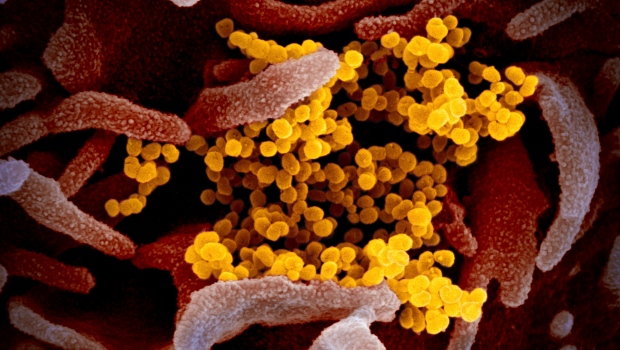 Health officials are tracking a new Omicron subvariant, classified as the XE, a hybrid of two previously identified subvariants. These types of “recombinant” sub-lineages contain genetic material from two or more different viruses and are not new, but this particular one has garnered some attention due to evidence of community transmission.

Since South African scientists first identified Omicron more than four months ago, multiple subvariants have evolved, including BA.2 which is currently circulating in Canada and elsewhere around the world. Here is what we know so far about the XE subvariant:

WHAT IS THE XE SUB-LINEAGE?

The XE is a recombinant of BA.1, which drove Canada’s fifth wave during the winter holidays and throughout January, and BA.2, which is fueling the current sixth wave. There were 1,125 cases of XE in England as of April 5, making up less than one per cent of total sequences, according to a technical briefing issued by the U.K. Health Security Agency (UKHSA) on April 8.

HOW COMMON ARE RECOMBINANT VARIANTS?

“Recombinant variants are not an unusual occurrence, particularly when there are several variants in circulation,” Dr. Susan Hopkins, chief medical adviser for the UKHSA, said in a statement on March 25.

“Several have been identified over the course of the pandemic to date. As with other kinds of variant, most will die off relatively quickly.”

The U.K. had previously identified other recombinants including the XD and the XF, which are recombinants of the Delta and Omicron BA.1.

HOW TRANSMISSIBLE IS IT?

The World Health Organization’s technical lead, Dr. Maria Van Kerkhove, said in a video question and answer brief that XE appears to have about a 10 per cent increase in transmissibility, based on early analysis of available sequences. However, Van Kerkhove said reports that have described it as 10 times more transmissible are incorrect.

The U.K. health agency said it had a median growth rate of 12.6 per cent per week above the BA.2, but noted that in the last three weeks, the growth rate increased to 20.9 per cent.

The WHO classifies the XE under Omicron, which is a variant of concern. The agency added that subvariants and recombinant forms should be monitored as distinct lineages by public health authorities.

The Public Health Agency of Canada (PHAC) says it is actively monitoring the COVID-19 variants, and evaluating new Omciron sub-lineages and recombinants like the XE.

“Scientists are looking for signs that XE changes disease severity, transmissibility or impacts the effectiveness of diagnostic tests, vaccines or treatments for COVID-19,” spokesperson Mark Johnson told CTVNews.ca in an email on Thursday.

“While preliminary international reports have shown that XE has modestly increased transmissibility compared to BA.2, more data is needed to confirm this finding.”

WHERE HAVE XE CASES BEEN IDENTIFIED?

As of April 14th, one case of the XE sub-lineage, collected from border surveillance on March 22, 2022, has been confirmed in Canada, according to PHAC.

“PHAC had previously suspected an additional five possible detections of XE; however, after further investigation, it was determined that they are not XE but are of an undetermined lineage given the refinements underway,” said Johnson.

“It should be noted that there are currently several recombinants of COVID-19 being tracked globally in addition to XE, which is not surprising given the overlap of the Delta and Omicron variants as well as the co-circulation of the BA.1 and BA.2 sub-lineages of Omicron.”

In the U.K., most cases have been concentrated in the East of England, London, and the South East, according to the U.K. health agency report, with the first case detected on Jan. 19.

XE cases have also been detected in India, Japan, among other countries, according to various media reports.

DO THE VACCINES STILL WORK?

While scientists are still learning more about XE and other sub-lineages, research and real-world data show that vaccines continue to offer protection against severe disease, particularly after a booster shot.

“We need to make sure that when it’s your turn that you get vaccinated and you receive the full course of the doses that you need,” said the WHO’s Van Kerkhove, particularly those who are most vulnerable, elderly, have underlying conditions, and frontline workers.