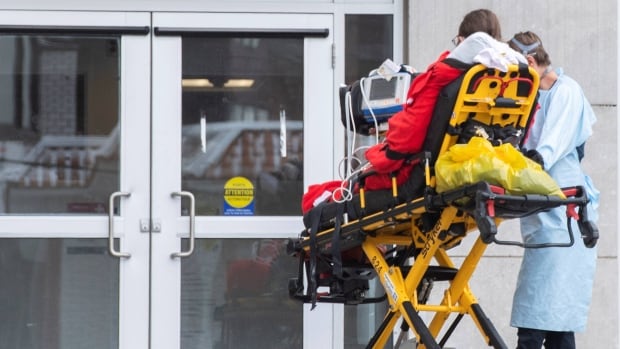 Ontario is reporting 1,699 patients testing positive for COVID-19 in hospitals on Tuesday.

That’s an increase of 276 from the day before — though it’s important to note that not all hospitals report on weekends, so numbers usually dip slightly on Mondays.

A total of 202 people with the illness were being treated in ICUs, a decrease of nine from Monday. Eighty-four of those in ICUs are breathing with the help of ventilators.

Those levels are down slightly when compared to the same day last week, when hospitalizations were at 1,730 and ICU admissions were at 219.

According to the province, about 42 per cent of hospital admissions reported Tuesday were directly related to COVID-19, while 58 per cent were for people who attended hospital for other reasons and then tested positive for the virus.

When it comes to ICU admissions, 66 per cent were directly due to COVID-19, while 34 per cent were found in people who were admitted for other reasons.

Limited laboratory testing confirmed an additional 1,547 cases of the virus, up from 1,275 new cases confirmed Monday. Daily case numbers in Ontario are considered a drastic undercount of how many positive tests are actually occurring in the province, as PCR testing is limited to select groups.

The test positivity rate was 13.2 per cent, down from 14 per cent on the previous day.