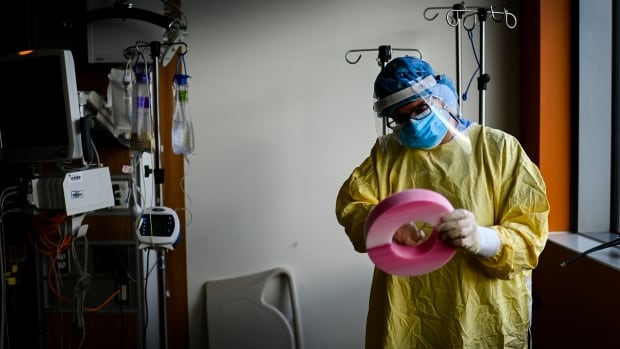 Ontario is reporting 669 hospitalizations and eight more deaths linked to COVID-19 on Friday.

Friday’s reported hospitalizations are slightly down from 670 on Thursday and down from 948 exactly one week ago.

According to the Ministry of Health, 42 per cent of those hospitalized were admitted specifically for the virus, while the rest were admitted for other reasons and then tested positive.

Of those in hospital, 117 required intensive care, down from 119 on Thursday and 154 at this time last week. Fifty-five patients required the help of a ventilator to breathe.

Roughly 61 per cent of people in intensive care units were admitted because of the virus, while the rest were admitted for other reasons and then tested positive.

Meanwhile, the province reported at least 888 new daily cases of COVID-19 on Friday, with 10,783 tests completed within the past 24 hours. However, due to testing limitations, officials say the actual number of daily new cases is likely far higher than reported.

The provincewide test positivity rate currently stands at 7.3 per cent.