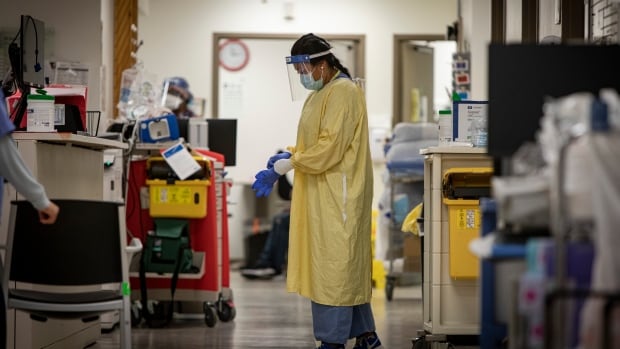 Ontario’s COVID-19 hospitalizations and intensive care unit admissions inched upward Friday, while the province reported the deaths of 20 more people with the illness.

There were 1,679 patients testing positive for the virus in hospitals, the Ministry of Health said, an increase of 18 from the day before.

Of those patients, roughly 44 per cent were admitted as a result of COVID-19 symptoms, while 56 per cent were already in hospital when their cases were confirmed.

A total of 209 people with the illness were being treated in ICUs, up from 202 on Thursday. About 70 per cent of those requiring critical care were admitted to ICU because of effects of the virus.

Limited laboratory testing confirmed an additional 2,760 cases of COVID-19. The seven-day average stands at 3,014. Public Health Ontario reported a 13.2 per cent positivity rate from the 19,235 PCR tests that were completed.

Meanwhile, public health units collectively administered another 33,077 doses of COVID-19 vaccines on Thursday, the majority second boosters for eligible Ontarians. Roughly 87 per cent of residents aged 12 and older have had at least two shots.