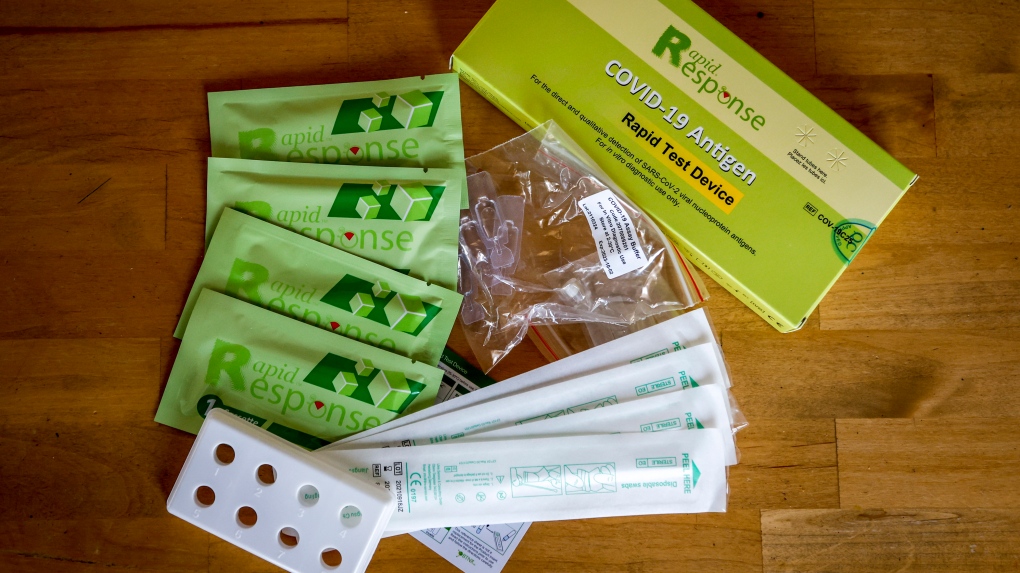 The Public Health Agency of Canada (PHAC) says that it plans to keep distributing COVID-19 rapid tests to provinces and territories until at least the end of the year, but is expected to reassess the situation and hold a “strategic reserve” for the future.

“As we approach the next phase of our COVID-19 response, we will continue to support provinces and territories by providing rapid tests until at least December 2022,” PHAC said in an emailed statement to CTV News.

The plan will be re-assessed before the end of the year, after monitoring changes in the spread of COVID-19, with the possibility of that rapid test distribution could continue, PHAC said.

The agency said the federal government will maintain a strategic reserve of 100 million rapid tests “as part of the overall national preparedness strategy,” with 50 million set aside for provinces and territories, and the remaining half for general surge requirements.

The federal government has been giving free rapid testing kits to provinces and territories since October 2020, although across the country, provinces have taken a number of different approaches when it comes to the rollout of rapid antigen tests.

At-home rapid antigen tests became a crucial tool in the most recent months of the pandemic, which has been driven by the more transmissible Omicron variant and because fewer people are now eligible for PCR testing.

PHAC says that the Government of Canada will continue to take orders for rapid tests for direct distribution to organizations of 200 or more employees until July 29.

Pharmacy partners will be allowed to send orders until Sept. 30, for their distribution to small and medium-sized businesses.

The general rollout of COVID-19 rapid tests from the federal government has been considered a failure, with nearly two in five Canadians, saying they have experienced difficulties in trying to obtain a COVID-19 rapid test, according to an April Statistics Canada survey.

PHAC says that as of May 18, it has distributed more than 369 million rapid tests to provinces and territories this year.