You Are Here Home Health News ‘Our plan is working,’ Trudeau says amid new vaccine delays

Prime Minister Justin Trudeau said Friday that he understands why there is a “tremendous amount of anxiety” among Canadians with the constant flow of bad news about the inoculation campaign, but he doubled down on his promise to deliver six million shots by the end of March.

Trudeau asked Canadians to tune out the “noise” from some circles about the sorry state of the country’s vaccine efforts, saying the temporary “ups and downs” may be frustrating to “some people,” but they’re just that — temporary.

Speaking to reporters outside Rideau Cottage, Trudeau said he has been in regular contact with executives at three of the pharmaceutical companies that are supplying Canada with shots.

The two principal suppliers, Moderna and Pfizer, have assured him that they will still meet their contractual obligations to send six million shots, combined, despite dramatic declines in shipments over the last month, Trudeau said.

“I want to reassure Canadians that we’re on track,” he said, adding that as many as 20 million more doses will start to arrive in the spring as the federal government keeps its sights on vaccinating all people who want a shot by the end of September. 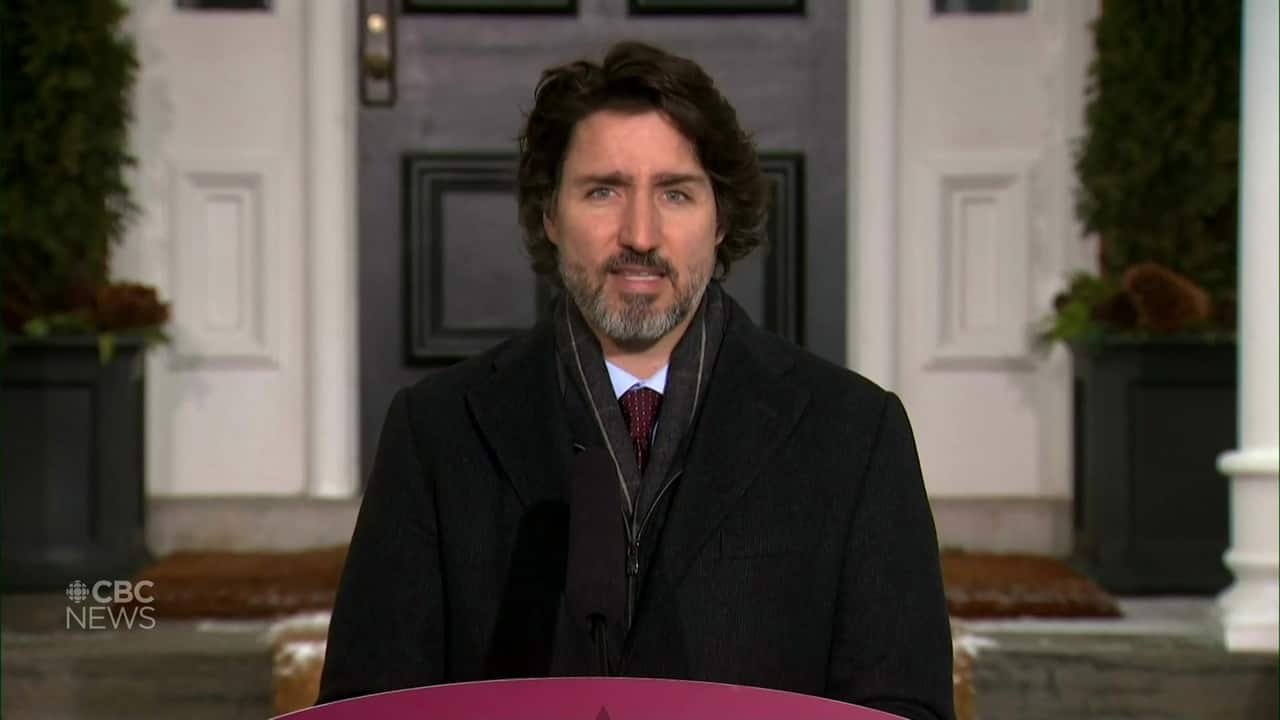 Prime Minister Justin Trudeau made the remarks during his opening address to Canadians about the state of the fight against the virus on Friday. 3:02

Asked if Canada had any legal recourse if the companies don’t meet their contractual obligations, Trudeau didn’t answer. Treasury Board President Jean-Yves Duclos also declined to comment Friday on the government’s legal options if the companies fail to meet delivery targets for the first quarter of this year.

The two companies are grappling with manufacturing issues at their plants in Europe that have severely disrupted deliveries to markets outside the U.S.

While Canada’s Moderna supply will be curtailed this month — public health officials have conceded that they have no idea just how much product will arrive.

Meanwhile shipments in the U.S. have increased by about 35 per cent in the last week as Moderna looks to fulfil its obligations to a government that partially funded vaccine development.

Trudeau said the pending approval of other promising vaccine candidates will be a much-needed jolt to the stalled vaccination campaign — Canada now ranks 33rd worldwide for shots administered per capita — and he spoke with the CEO of AstraZeneca this week, who told him vaccines would follow shortly after Health Canada’s green light.

Canada passed on the domestic manufacturing rights to that product, so the shipments will come from the company’s factories abroad. Canada has ordered up to 20 million doses of that product, which is already in use in Europe and the United Kingdom.

Trudeau suggested those AstraZeneca shots would be delivered sometime this summer — “He very much assured me that we are on track to receiving the 20 million doses committed to by the end of June,” Trudeau said of the CEO, Pascal Soriot.

But a procurement official, speaking on background, later clarified that the entirety of the AstraZeneca order would not arrive until the end of the third quarter, in September.

Public Services and Procurement Minister Anita Anand told the Commons health committee Friday that some 500,000 AstraZeneca shots could arrive before the end of March now that Canada has chosen to tap supply from COVAX, a vaccine-sharing initiative funded by wealthier countries to ensure low- and middle-income countries have access to shots. 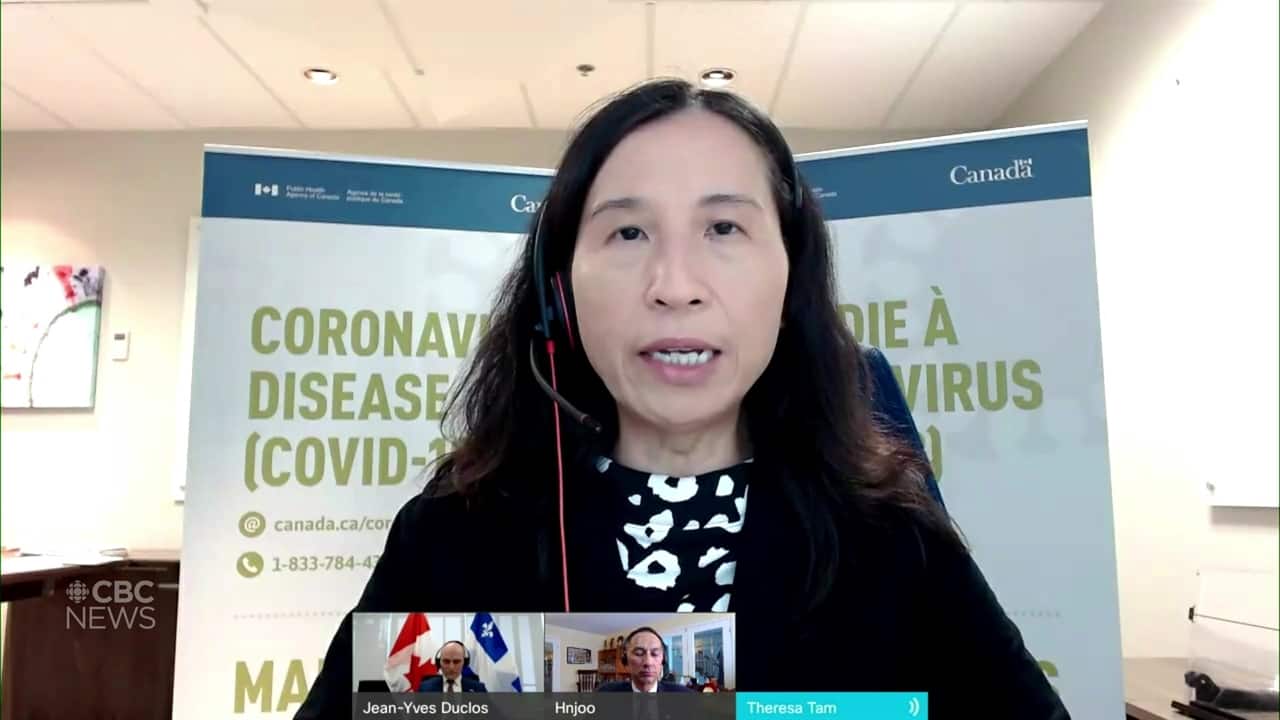 Dr. Theresa Tam responds to questions about at what point will Canada’s vaccination rate lead to lifting stay-at-home orders. 2:28

Amid production delays at plants in Europe, some observers, notably Ontario Premier Doug Ford, have suggested Canada should turn to the U.S. for a lifeline because manufacturing continues there unaffected.

Pfizer has a plant in Kalamazoo, Mich., which is only 220 kilometres from the Detroit-Windsor crossing, and Moderna is manufacturing vials in Massachusetts and New Hampshire.

Anand said she recently spoke with Jeff Zients, a counsellor to U.S. President Joe Biden and the administration’s COVID-19 coordinator, and she was told all production from U.S. factories has been earmarked for Americans, at least for now.

“We continue to follow up with them to see if it’s a possibility for Canada, we’re still having this conversation. I wouldn’t classify it as ‘being turned down,'” Anand told MPs. “All doses, at the current time, are staying in the U.S.”

More than 1.2 million Moderna and Pfizer shots have already been delivered in Canada, with an estimated 1.3 million more shots slated to arrive this month.

That means more than 3.5 million shots have to be delivered in the month of March alone — some 885,000 a week — to meet the prime minister’s promised vaccination target, a daunting task for the country’s public health system. Trudeau said the country is preparing for the onslaught of hundreds of thousands of shots.

“Our plan is working,” Trudeau said in French. “Temporary shipment delays are a hurdle but one that we were ready for.” 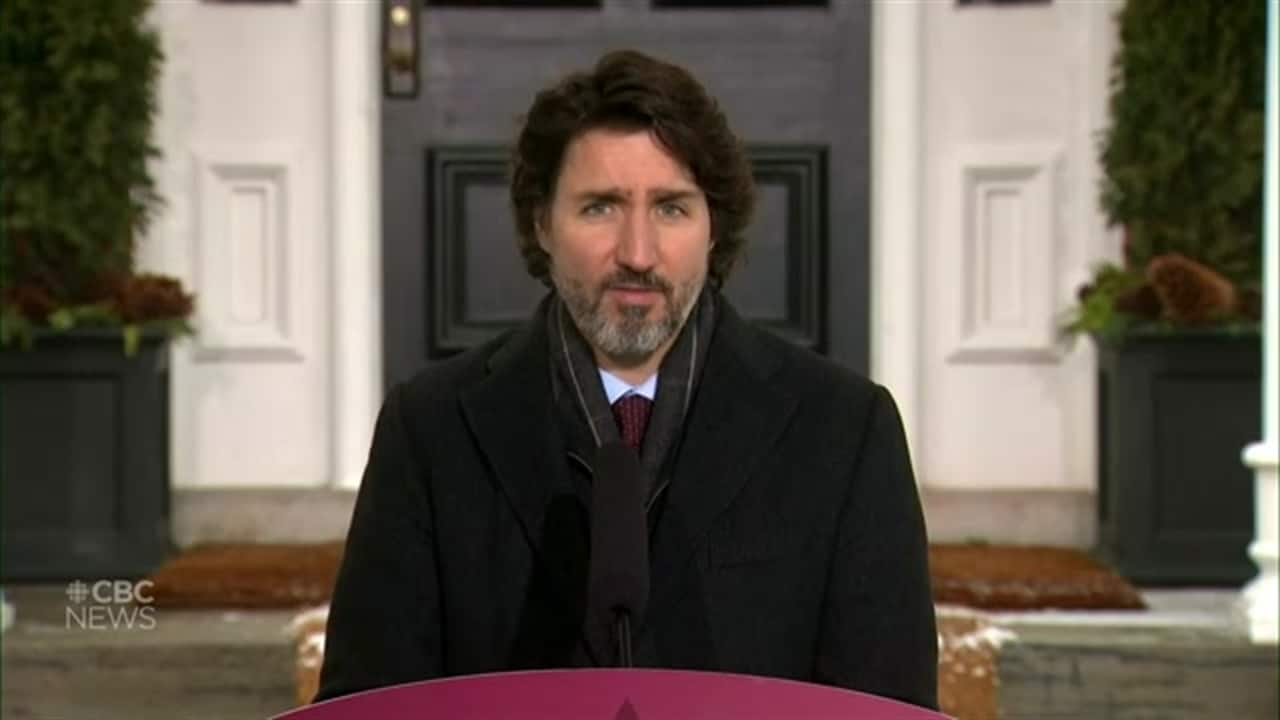